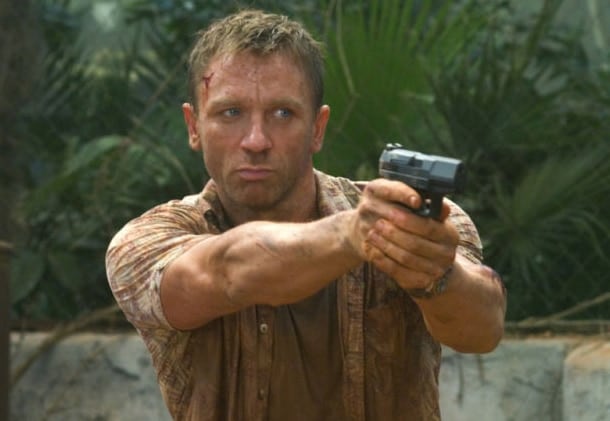 “The new Walther, I asked Q to get me one of these”. With those lines in 1997’s James Bond installment Tomorrow Never Dies, Walther debuted its at the time newest handgun in style. Bond would hang onto the P99 for several more films and video games, until it made it’s last appearance in Casino Royale (Daniel Craig, the blond Bond, is rumored to carry a Walther PPK/S in Spectre later this month). 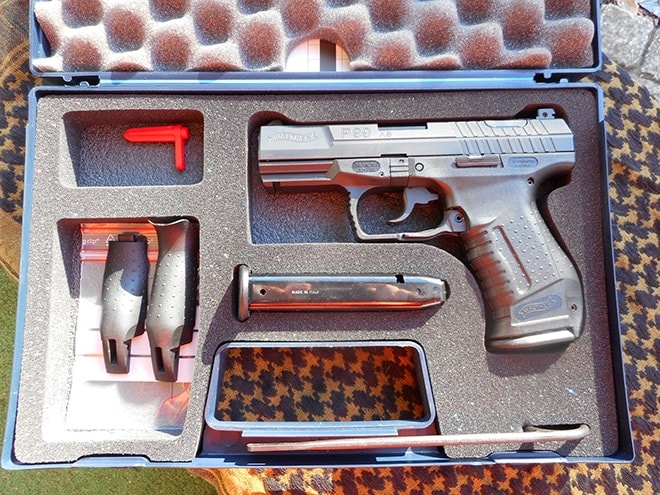 For my tests, I used the P99AS, featuring the “Anti-Stress” trigger. (Photo: Francis Borek)

Thanks in part to the Bond films, the Walther P99 has maintained a level of popularity and is still being offered by Walther Arms for both civilian and police sales despite the emergence of newer models such as the PPQ.

The model shown here is the P99AS, featuring what Walther calls the “Anti-Stress” trigger. While most striker fired handguns feature a trigger with a consistent pull for each shot, Walther has taken a page from the older P-38 family. The AS trigger is a traditional double-to-single action piece with a de-cocker in lieu of a safety. With a de-cocked trigger, the first pull is long, heavy, and 11 pounds. Follow up shots feature a crisp 5 pound, two stage trigger. 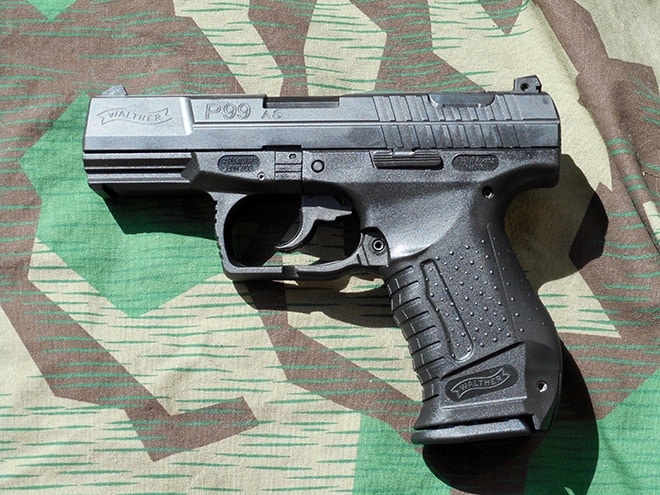 The sights on the P99AS are worth mentioning, with three dot sights standard. The rear sight is wide, polymer, and click adjustable for windage. The P99AS ships with three extra front sight blades of varying heights so you can tailor your pistol to the ammunition of your choice. 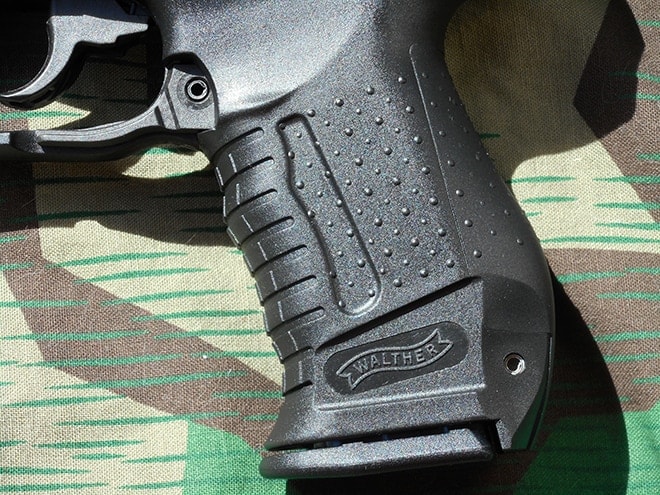 I really enjoy the texture and angle of the grip on the Walther P99 which lend themselves to accuracy. (Photo: Francis Borek)

What really helps the P99AS to shoot accurately is the grip. The grip is angled nicely and helps you get a high grip on the handgun. Molded in fingergrooves are neither too large, nor too small with a checkerboard pattern. Also on the grip is a pebble texture which provides good friction and prevents the gun from slipping. The polymer is molded nicely, with the seam lines hardly visible and no flash from the molding process. Combined with the smooth tennifer finish on the slide, it makes for an attractive pistol in a striker-fired world dominated by bricks.

One feature of the handgun that many might not like is a European-style paddle magazine release. The paddle is long enough that when it comes time to swap magazines, you can use your trigger finger to press down without changing your grip. 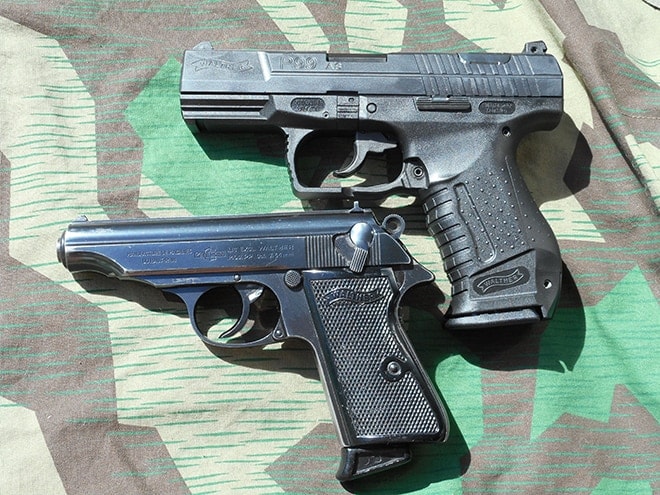 The P99AS ships with the actual test target, showing off the names of handguns no longer in production; oh how Walther teases us. What really matters though is an extremely impressive 1 inch group with a single flyer, all shot from 15 meters. At first glance such accuracy seems that it can only be achieved by locking the pistol down in a rest. In reality the combination of a great trigger, comfortable grip angle, and good texturing can make even the worst handgunner shoot well with the P99AS. Even using cheap 115 grain FMJ rounds can put an entire 15 round magazine into a two inch group from 10 yards, standing. 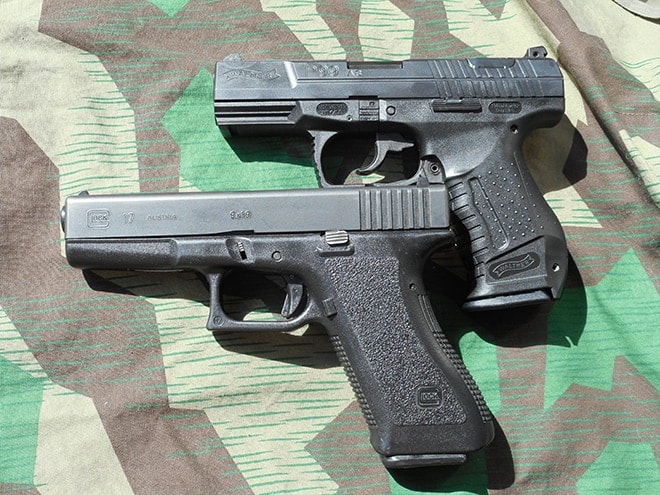 In all honesty, the only reason I purchased a P99AS was it’s connection to James Bond. If it weren’t for Bond, I would’ve purchased something else. I am not a fan of polymer striker-fired handguns, preferring more traditional DA/SA handguns. However the DA/SA trigger, comfortable grip, and overall quality of workmanship have won me over far better than 007 ever could. Although most of the attention these days is lavished upon the PPQ (itself a modified P99), don’t count out the old P99. It’s unique advantages still help the old favorite to keep up and outpace modern handguns.