How did the Winchester 1873 Win the West?

The Winchester 1873 is one of the most iconic firearms in history. It’s known in popular culture as “The Gun that Won the West” and while it’s a catchy name – heck, Hollywood even made a movie called Winchester ’73 starring Jimmy Stewart and a young Rock Hudson –how did it win the west?

Fingers in the pie: Winchester, Henry, Smith, and Wesson

The 1873 Winchester has its roots from the Volcanic Repeating Arms Company.  At one time Oliver Winchester, B. Tyler Henry, Horace Smith and Daniel B. Wesson all worked together to improve an earlier repeating firearm design.

While Smith and Wesson left together to form another great American firearm company (one you might’ve heard of), Winchester and Henry soldered on. Together thy changed the name of the company to New Haven Repeating Arms and entered into history (for the first time) with the Henry lever action rifle in 1860.  They had good timing, too. The Henry rifle was used in the American Civil War, in limited numbers due to cost, to great success.  The Confederates are reported to have called it the “Damned Yankee gun that they load on Sunday and shoot all week”. 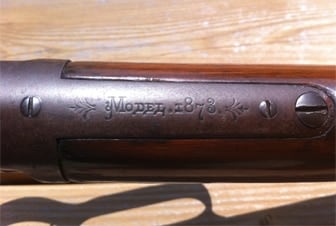 After the war Winchester changed the name of the company to Winchester Repeating Arms Company.  He soon introduced the model 1866, an improvement on the earlier Henry.  These were both referred to as Yellow Boys because of the bronze alloy used to make the receivers.  Both of these early lever actions were made in .41 Henry, a rimfire cartridge. Over time the gun, like the company, evolved.

In 1873, President Ulysses S. Grant entered his second term, Levi Strauss patented copper rivets on jeans and Coors began brewing beer in Colorado.  Oh and Colt came out with the Peacemaker and Winchester introduced the 1873 lever action – you’d think this match was made in heaven, but no, America.

Two things set the 1873 Winchester apart from the earlier designs.  The first is the use of steel for the receiver instead of the bronze of the Henry and 1866 model.  The steel was tougher and could stand up to a stronger chambering. And that is the most important difference: the chambering of the 1873.

One for each of you 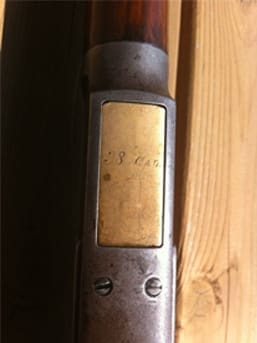 The 1873 Winchester was chambered in .44-40, .38-40 and .32-30 (there was also a fairly rare chambering done in .22 short).  These calibers are not powerful by today’s standards in a rifle, but at the time they were fairly robust.  These are not “buffalo guns”, but that was not what they were designed to be. The main attraction was the fact that these rounds also worked great in a pistol.

It wasn’t long before Colt, Smith and Wesson (there they are again) and others were making handguns in these calibers.  The idea to use the same cartridges in your handgun and long gun is still something some manufacturers build around.  The FN P90, a submachine gun design, comes to mind.  For the settler, cowboy, outlaw or lawman on the trail space was at a premium in their saddlebags, so only having to carry one caliber of bullets was a godsend.

Sometime around 1900, my Great-Great Grandfather traded a barrel of sorghum molasses for an 1873 Winchester and two boxes of bullets. It is chambered in .38-40 and was his main hunting rifle from then on. It is still around to this day and I’ve had the pleasure of shooting it multiple times. While it may not perform as well as rifles manufactured today, it’s still impressive for what it can do.

Old Winchesters are a joy to shoot. Recoil is very mild and at 50 to 75 yards I can easily shoot a group around two inches.  Granted that isn’t great by today’s standards but it is more than enough to put meat on the table and that is what these guns were built to do.

The actions on these guns are not as smooth as some of Winchesters newer designs, but they work.  None of the rounds these are chambered in are going to win any distance competitions, but at 100 yards or less they perform well.  The 44-40 has probably taken more deer than any other cartridge with the exception of the .30-30 – another Winchester design.

The Winchester 1873, its forerunner and variants that followed were convenient to carry and available at a time when people really needed them – when the U.S. was redefining itself.

Today, the rifle is highly collected and some command very high prices – even the more common ones have been increasing in value over the past few years.  This can partially be contributed to the Cowboy Action Shooting competitions.

While it may not be in the price range for all, Uberti in Italy makes a great reproduction that can be bought through Taylors and Cimarron Arms for less than a good condition original will run.