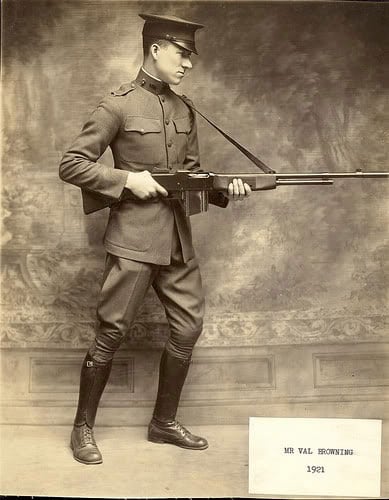 One of John Moses Browning’s best long arms was the BAR light machine gun.  This name sometimes confuses the current generations of shooters who grew up with a very different BAR, a sporting rifle more suited for whitetails than fighting the Kaiser—though these two guns do share some of the same genetics.

In the 1960s the Browning Arms Company/FN was looking to expand into the sporting market. It was then that the company started selling boots, knives, and other Browning marked hunting equipment. To compete against Remington’s 740/742 semi-auto rifle, the company needed its own auto loader pronto.

Recycling one of the company’s legendary product names as a starting point, the ‘Carbine 66’ project became known as the Browning Automatic Rifle, or simply just the BAR. This gun had nothing to do with the old M1918 BAR light machinegun that John Moses Browning invented for the military. Instead, it was envisioned from the ground-up as a semi-auto only hunting rifle. 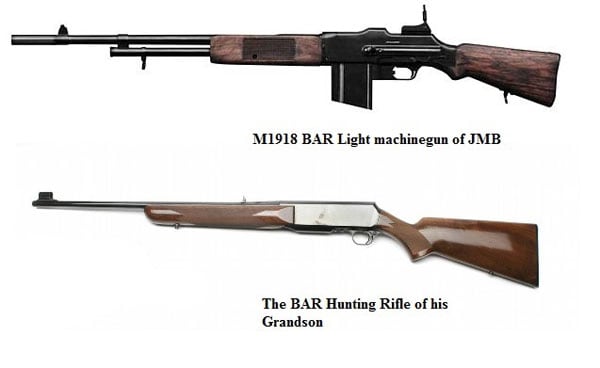 A tale of two BARs. If you squint… 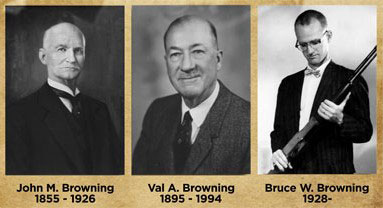 Bruce Warren Browning was JMBs grandson and the co-inventor of the New BAR.

While the late, great John Browning did design an auto-loading, detachable-magazine, hunting rifle, namely the world famous Remington Model 8, this new BAR had nothing to do with the wizard of Utah. This gun would end up with some Browning DNA however as JMB’s grandson, Bruce Warren Browning, teamed up with FN engineer Marcel Olinger to give life to the new gun. 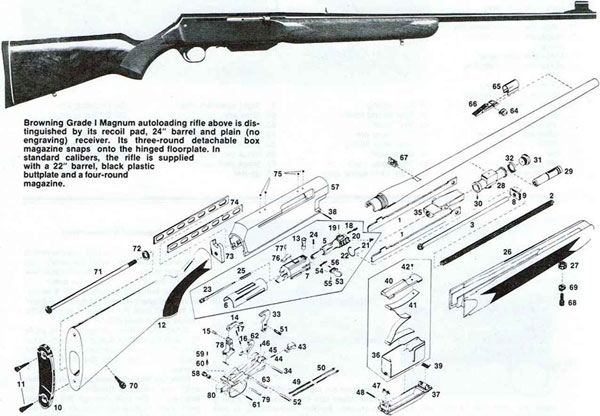 Introduced in 1967, the BAR had a slab-sided steel receiver with a long action capable of being chambered in anything from .243 Winchester to .338 Winchester, including magnum rounds. Loading and ejection of such lengthy cartridges was performed by a gas-piston actuated rod that worked like a pump-action to kick a spent shell out, strip a new one from a detachable box magazine, and load into the chamber. A 7-lug rotating bolt with a recessed face kept the gun locked tight.  The gas-operation of the BAR ate a lot of felt recoil, which made the gun easier to get back on target for follow-up shots. With such a new, versatile rifle to offer, Browning set about marketing it. 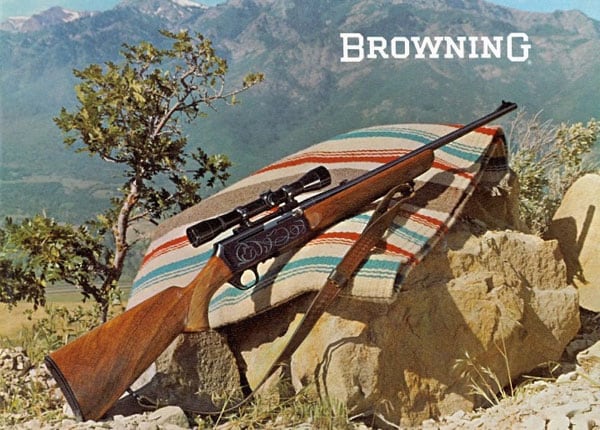 Over the past several years, scores of BAR variants have come off the line. The original guns were totally made in Belgium until the 1970s when assembly was switched to Viana, Portugal where it remains today. A modification to the gas system and other improvements in 1992 led to the current baseline, “Mark II” rifles.

These MkII guns are further made in Safari grade (classic gentleman’s sporting rifle), ShortTrac/LongTrac (aircraft grade aluminum receivers and walnut stocks), and Lightweight Stalker (composite stock, few embellishments) varieties. Like the A-Bolt rifles, these are available with optional BOSS systems in larger caliber offerings. Browning’s Ballistic Optimizing Shooting System (BOSS) is a proprietary muzzle accurizer that uses the barrel’s harmonics to find a sweet spot in selected ammunition. The feature, if used correctly, has attributed to sub-MOA groups but is very sensitive in addition to making an already loud rifle even more so.

In 2008 FN took the then-40-year old design, slathered it in MIL-STD 1913 rails, gave it a short fluted barrel, replaced the wood with polymer, and called it the FNAR. Billed as a military/law-enforcement sniper system, it still has that familiar BAR receiver hiding under all that tacticool. 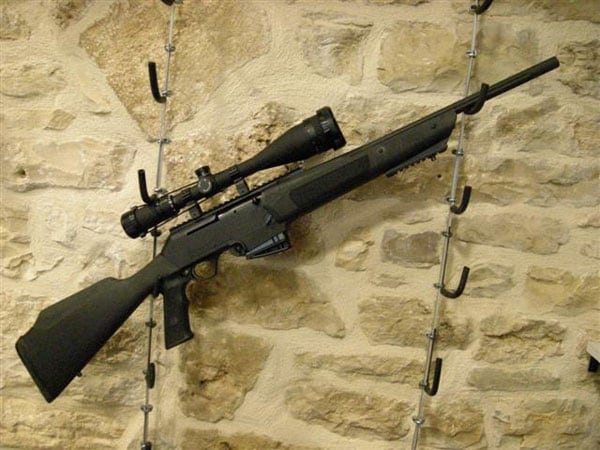 If you look closely at the Browning FNAR, you can see a BAR peeking out.

If you concede that in the past 50 years there has been a three-way tie between the Remington 700, Winchester 70 and Savage 110 for king of the centerfire hunting rifles, you’ll likely also admit that the BAR is hunting royalty. Not a king, maybe not even a prince, but at least a baron. 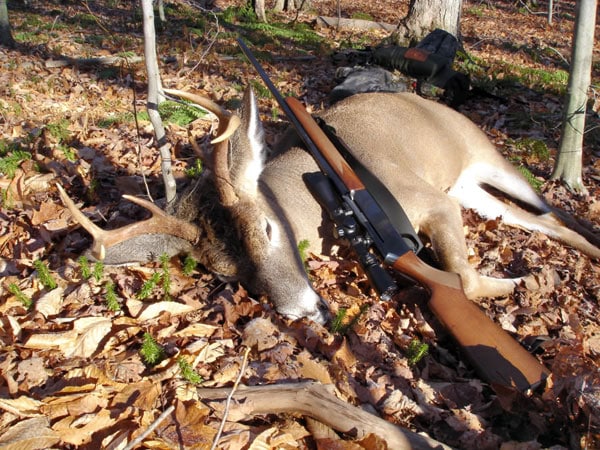 The BAR family of hunting rifles have been solid “game getters” for over 40-years. 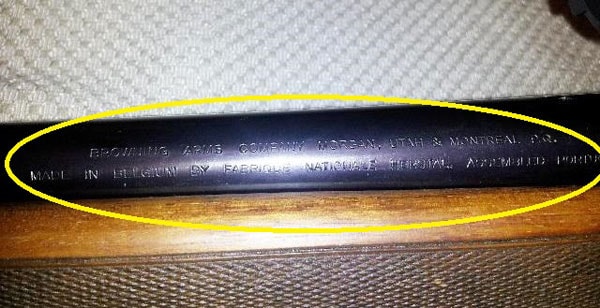 Most modern BARs are made in Belgium but assembled in Portugal.

Prices of these guns are all over the board due to the myriad of grades, types, marks, caliber choices, Boss, no-Boss, Portugal assembled vs. all-Belgian, etc. ad nauseum. About the least expensive, you can expect to pick up one of these guns in used but still usable condition is $500. Beautiful Safari grade MK IIs can often be picked up in excellent condition for around $800. Wholesale prices on new BARs usually start at $1K for Stalkers, trending higher the nicer they become.

Overall, not bad for a stab in the dark by one of JMB’s grandkids. Good genes there and we do not mean Levi’s.

This article originally ran on Guns.com as “Browning’s other BAR: Baron of the hunting rifles” on September 11, 2013 and has been edited for content.