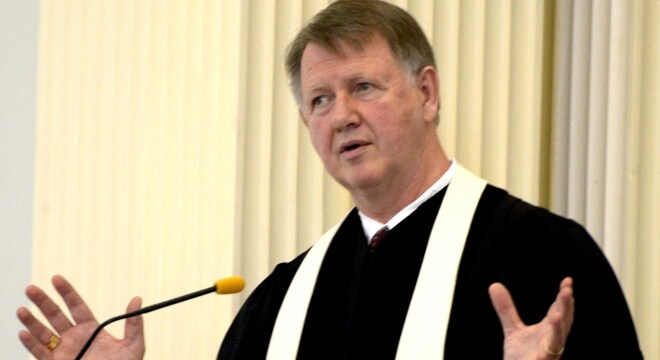 A letter sent to lawmakers by the Pittsburgh Presbytery is urging a ban on some semi-auto rifles and that members of the church “consider destroying their assault weapons.”

As reported by the Pittsburgh Post-Gazette, the body representing some 30,000 Presbyterians in Allegheny County is advocating against certain varieties of firearms due to their recent use in mass shootings.

“The AR‐15 is suspected in the recent massacre in Wilkinsburg,” reads the letter in part. “The Sig Sauer MCX was used in Orlando. We therefore call on our Commonwealth to ban this type of weapon from the state, city and the county except for its use by governmental authorities.”

In addition to calling for a statewide ban, the letter calls for an investigation into church investments that may be tied to gun manufacturers, increased gun free zones on church property, and that members of the congregation disarm.

“We recommend all Presbyterians consider destroying their assault weapons,” says the letter.

The letter was prepared by the Pittsburgh Presbytery’s Peacemaking Ministry Team and was endorsed on Dec. 8. The team has in the past joined forces with other faith-based organizations as well as Ceasefire PA, a regional gun control group, to hold weekend workshops meant to engage legislators and advocate for increased gun laws.

Last May, the group petitioned state lawmakers to increase background check regulations for gun purchases and step up reporting of lost or stolen firearms.

In the aftermath of the Pulse nightclub terror attack in Orlando last summer, Rev. Dr. Sheldon W. Sorge, general minister for the Pittsburgh Presbytery, called for restricting gun sales, especially of firearms such as the AR-15, which he characterized as a gun “whose sole purpose is mass killing.”

“How many people will have to die before our legislators summon the courage to enact registration laws that will better protect us?” said Sorge in his weekly letter to parishioners.

The petitions and letters from the Pittsburgh Presbytery are not the first instances of churches becoming more outspoken in gun control.

In 2014, an Episcopal diocese in Michigan asked for a ban on “military-style” weapons as well as the implementation of universal background checks and other measures to fight gun violence while an Episcopal priest in Oregon last year drew national attention after he sought to destroy an AR-15 he won in a raffle.

Meanwhile, Catholic priests and bishops in Illinois, Massachusetts and elsewhere have announced their support for increased gun regulations, and have in turn been elevated to the rank of cardinal by Pope Francis, himself outspoken about the weapons industry.