Why casting your own 12-gauge slugs makes sense for handloaders 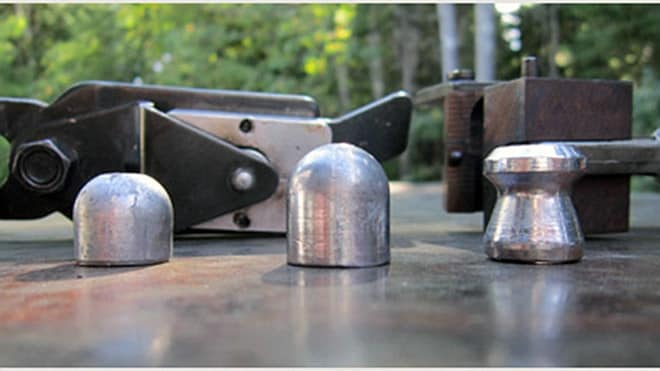 Anyone who follows my articles likely knows that I’m fascinated by the under-appreciated and misunderstood shotgun slug. During the last decade I have conducted numerous projects focused on these big, heavy, slow moving, metal chunks of raw power, examining everything from their potential accuracy to their terminal performance.

While I appreciate the decisive effect a shotgun slug has on targets inside 100 yards, I don’t necessarily appreciate their cost. For me, factory loaded 12-gauge shotgun slugs range from 80 cents per round for basic, 2-3/4 inch Foster loads all the way up to nearly four dollars a round for premium sabot loads.

Similarly, the ready-made slug handloading components offered by various manufacturers retail at a cost ranging from 50 cents to 70 cents each. When the cost of powder, primers, and hulls is added to the cost of the projectiles, the slug shooter ultimately saves little or nothing over factory loads.

Recently, it occurred to me that the only way I would be able to affordably shoot a high volume of shotgun slugs would be to start from scratch and cast my own projectiles using the slug molds currently available for purchase. After scraping together enough spare change and bottle redemption money for the endeavor, I invested in three different 12-gauge slug molds: the Lee 1 ounce sabot mold, the Lyman 1 ounce Foster slug mold, and the Lyman 525 grain sabot mold. 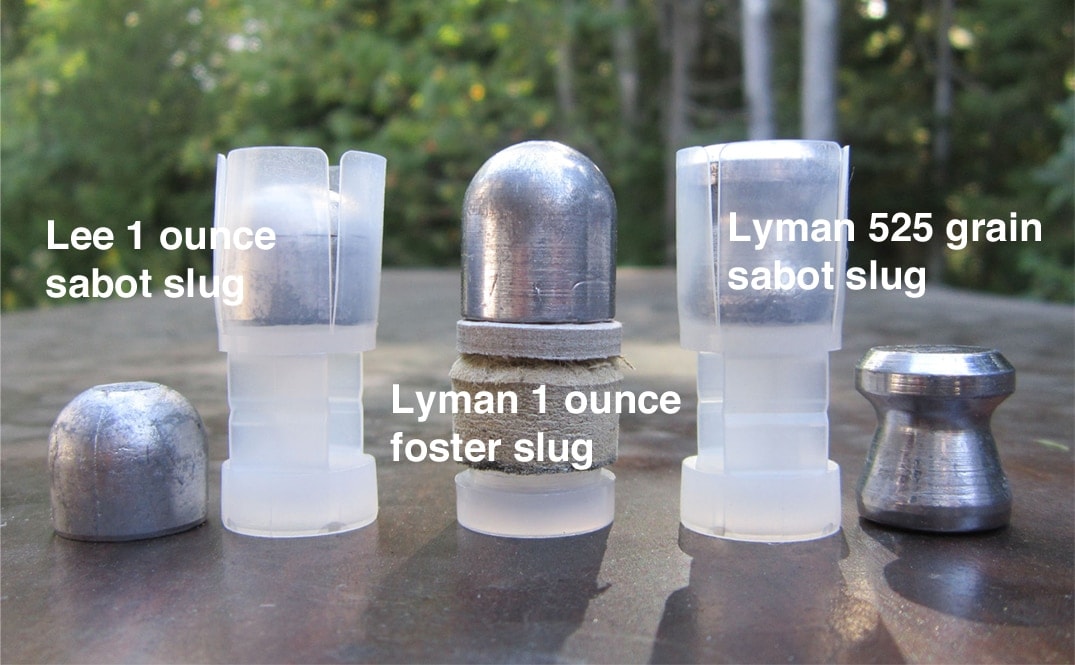 The home cast slugs and their wads. From left, are the Lee 1 ounce sabot slug, the Lyman 1 ounce foster slug and the Lyman 525 grain sabot slug. (Photo: Jason Wimbiscus)

The Lyman Foster slug mold casts a .705 inch diameter, hollow-base projectile designed to be loaded in traditional fashion atop a wad column consisting of a gas seal and an appropriate number of card and fiber filler wads. The Lyman 525-grain sabot mold produces a slug that looks something like an overgrown air rifle pellet. With a diameter of approximately .681 inches, the Lyman sabot slug is designed to employ a variety of common trap wads as a carrier. Similarly, the Lee 1-ounce sabot mold produces a slug of about .690 inches in diameter and uses a trap wad as a carrier. The Lee slug incorporates a lead spoke in its base which, according to the manufacturer, is intended to secure the projectile to the wad during firing, thus improving performance in a rifled barrel. 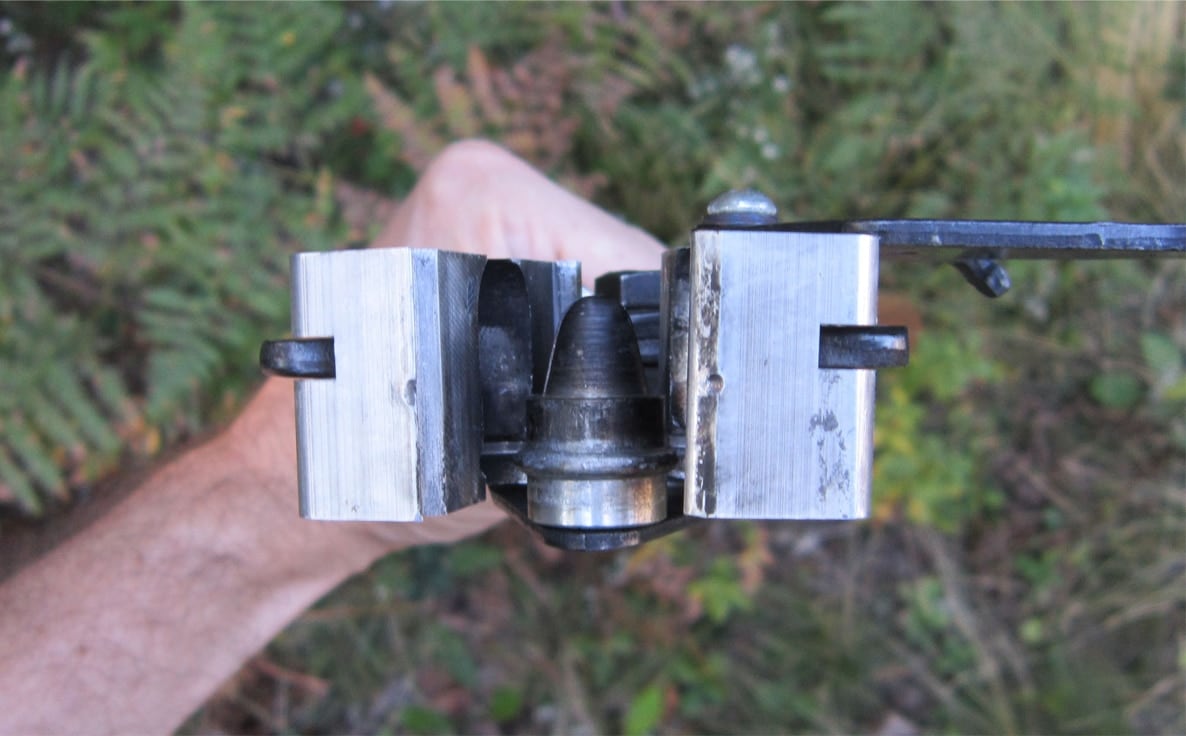 Both the Lyman 525 grain slug and the Lee 1-ounce slug are designed to be used in rifled barrels. While I do not currently own a dedicated, rifled slug barrel, I reasoned that since both slugs are nose-heavy, they would fly true out of a smooth bore gun or a smooth bore gun with a rifled choke tube installed. 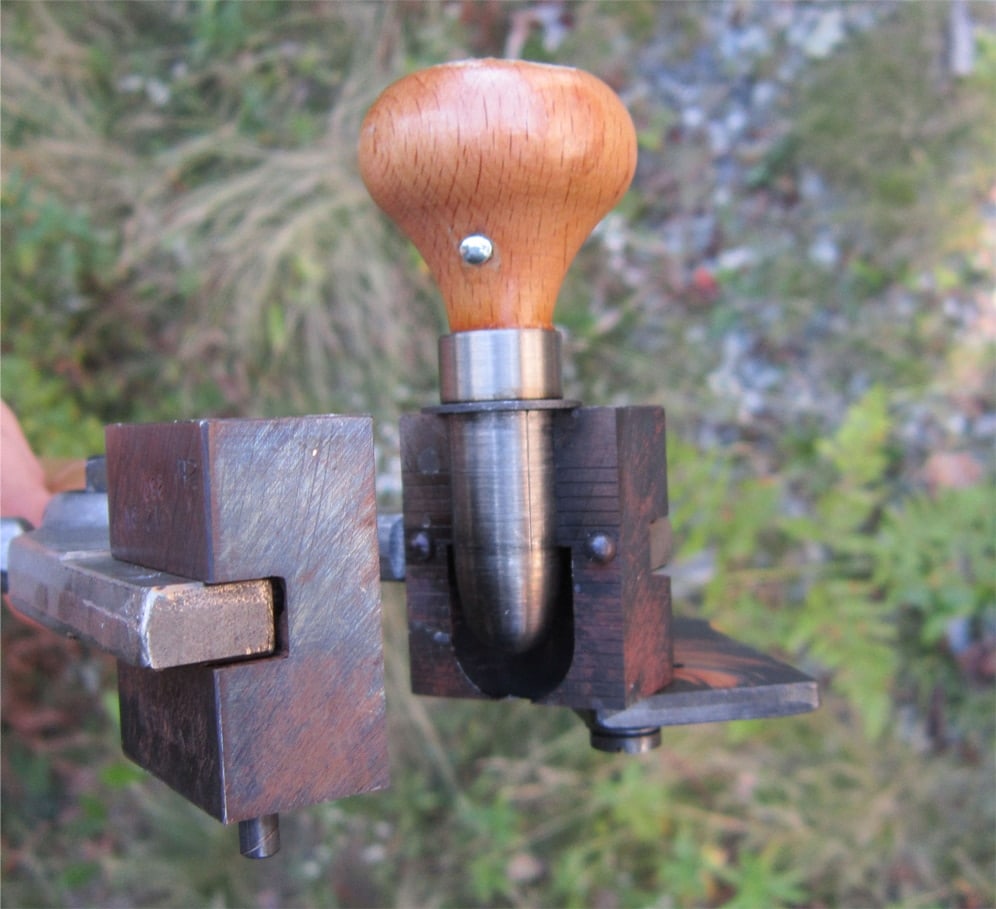 The Lyman 1 ounce Foster slug mold. The mold uses a center pin to create a hollow cavity in the projectile’s base. (Photo: Jason Wimbiscus)

The casting process for the slugs was, admittedly, a little slow and frustrating. Some of the trouble I ran into was undoubtedly due to the fact that I’m still fairly new to the art of projectile casting. However, there seemed to be some challenges while casting the large shotgun slugs not present while casting typical rifle and handgun bullets. For instance, the large cavity of the slug molds required that both the mold and the molten lead be kept as hot as possible and also required the cavity to be filled as quickly as possible.  Failing to do either of these things would result in the lead cooling before the cavity had completely filled and the resulting projectile would have a wrinkled appearance.

Additionally, in order to give the slugs a hollow base required for stabilization from smooth bores, each mold incorporated a conical center pin. The cast slugs tended to adhere to these center pins and were often reluctant to drop free. Of the three molds, the Lyman 525 grain sabot mold was the easiest to use. During future casting sessions I intend to try a few different mold lubricants in an effort to facilitate easier release of the slugs from the center pin.

Loading the Lyman and Lee sabot slugs was an incredibly easy process. Once the primed hull was charged with the appropriate amount of powder, a trap wad (in my case the Winchester AA) was seated using my shotshell reloading press. The slug was then placed inside the shot cup and standard, six or eight point, fold crimp was applied. Loading these slugs was easier than the process of loading a metallic cartridge.

Assembling the Lyman foster slug loads was a slightly more involved process. Once the primed hull was charged, a gas seal was seated over the powder. Next, the appropriate number of card and fiber spacer wads were seated atop the gas seal atop which the slug was placed. The load was then closed using a drill press and a roll crimping die.

Both the Lyman sabot and Lyman Foster slugs were loaded in recycled Remington Hulls (the sabots were 3-inch loads and the Fosters were 2-3/4-inch loads) and the Lee slugs were loaded into previously fired Winchester 2-3/4-inch AA trap Hulls. I opted not to chronograph the loads as wild flying shotshell wads are lethal to chronographs, but estimates based on data in my loading manuals put velocities for all projectiles in the 1,500 to 1,600 f/s range.

My first order of business at the range was to gauge the potential of all three slug loads for close-up paper punching and water jug blasting duties. At a range of 25 yards and from the 18.5 inch barrel of my Benelli Nova Tactical, all loads yielded offhand, three shot, groups satisfactory for casual practice.

The Lyman Foster slug loads yielded the largest group of those tested. Two slugs landed essentially in the same spot, but the third impacted four inches low and to the right. The group was certainly nothing to brag about, but good enough to make short work of large or medium sized game.

The Lyman 525 grain sabot load yielded a much tighter group with the three fired rounds landing in a triangular pattern that was a shade over three inches on its longest side. The Lee sabot slug loads were the clear winner at 25 yards with all three projectiles striking along a horizontal line just under three inches in length.

The close range results were encouraging and I would feel comfortable using any of the tested loads for big game hunting applications in situations where all shots were likely to occur at 35 yards or closer. Unfortunately, I found that with a different gun and at twice the distance, accuracy diminished significantly for most of the tested loads.

With the close range trials out of the way, I set targets at the 50-yard line and took to the bench to fire rounds through my scoped Baikal MP94 using both rifled and improved cylinder choke tubes. Results were mixed but not entirely abysmal.

The Lyman Foster slug loads did not agree with the Baikal. With the rifled choke tube installed, the slugs impacted well above the point of aim with one shot striking completely above the paper. Similarly, through the improved cylinder tube the slugs struck high with one missing the paper entirely. I was unable to determine the exact size of the groups, but it’s safe to say they were not satisfactory for hunting game of any size.

The Lee sabot slug loads fared slightly better than the Lyman Fosters. Through the rifled choke, the slugs printed a triangular group that was five inches on its longest side, but through the improved cylinder choke the group opened up to an enormous 7-1/2 inches. Clearly, it will take some more experimentation to find a load for the Lee slug that yields satisfactory accuracy through the MP94.

The Lyman 525 grain sabots yielded accuracy results through the MP94 that were borderline impressive. Through the rifled tube, three slugs landed in a 3-1/4 inch line and through the improved cylinder struck along a 5-inch line. Given that the Lyman 525 grain sabot slugs cast the easiest, loaded the easiest, and yielded decent to good accuracy through both of my shotguns, it is likely I will be making many more of these projectiles in the near future.

Although the Lee sabot slug loads and Lyman Foster slug loads yielded poor to mediocre accuracy at 50 yards, it is important to remember that I only had the time and resources to test one combination of powder, wad, and hull for each slug. Shotguns are notoriously picky about the slug loads they will shoot accurately and I may simply not have found the right combination of components for my gun. As I conduct more experimentation and narrow down what works and what doesn’t I will likely revisit the topic of home cast slugs in a future article.