The weird and unusual guns of the Berman collection (PHOTOS) 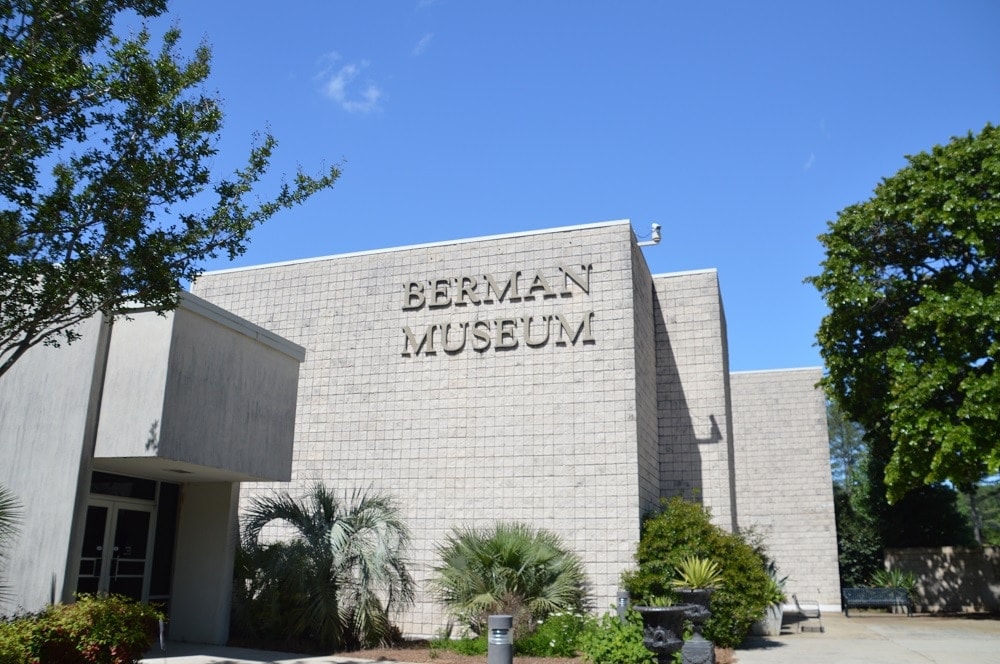 When in Anniston, find this building if you want to check out thousands of old guns, artifacts and relics from around the world. (Photos: Chris Eger/Guns.com)

While traveling around Northern Alabama, we stopped in at the Berman Museum of World History in Anniston and were blown away.

There are a few publicly accessible gun collections on display around the country that are truly exceptional. The National Firearms Museum at Fairfax, Virginia, the Cody, Springfield Armory in Massachusetts, the Frazier in Louisville. But one that often gets missed is the Berman.

In 1992, Farley and Germaine Berman began loaning their extensive personal art collection built over a lifetime to the city of Anniston. The two were made for each other it seems — Farley was an Army colonel who worked in military intelligence during World War II while Germaine was in French intelligence.

“I was spying on her, and she was spying on me,” Farley once said. After marrying and returning to the states, the two traveled extensively, reportedly filling up four passports. In 1999, after their death, the 6,000-piece collection was bequeathed to the city, who now has it on display in a two-story complex. 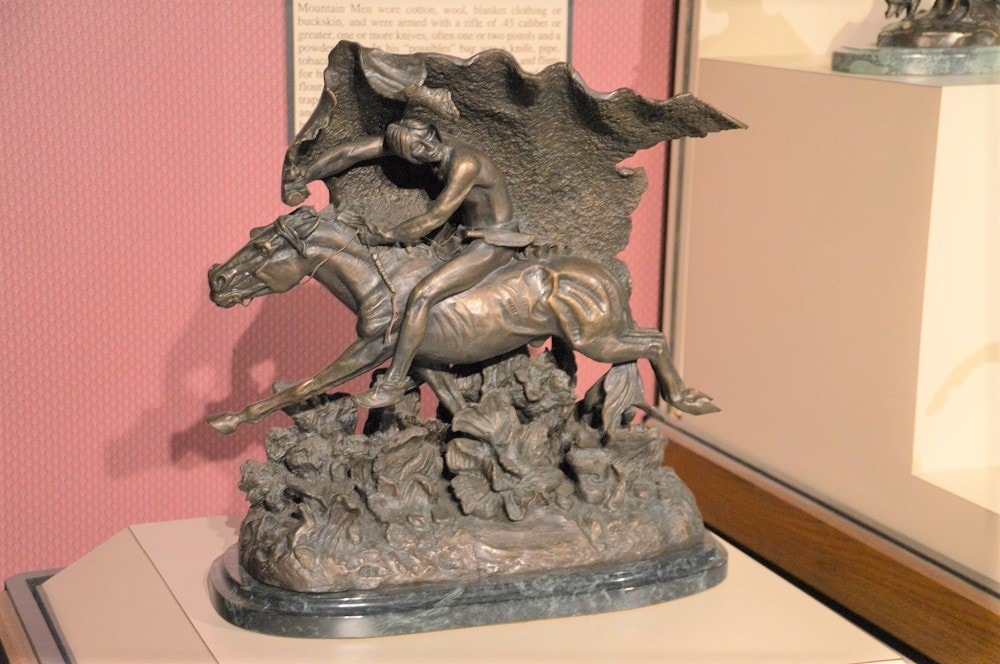 The museum’s collection of art is comprehensive and includes several of Frederic Remington’s sculptures such as this one, entitled, “The Horse Thief.” 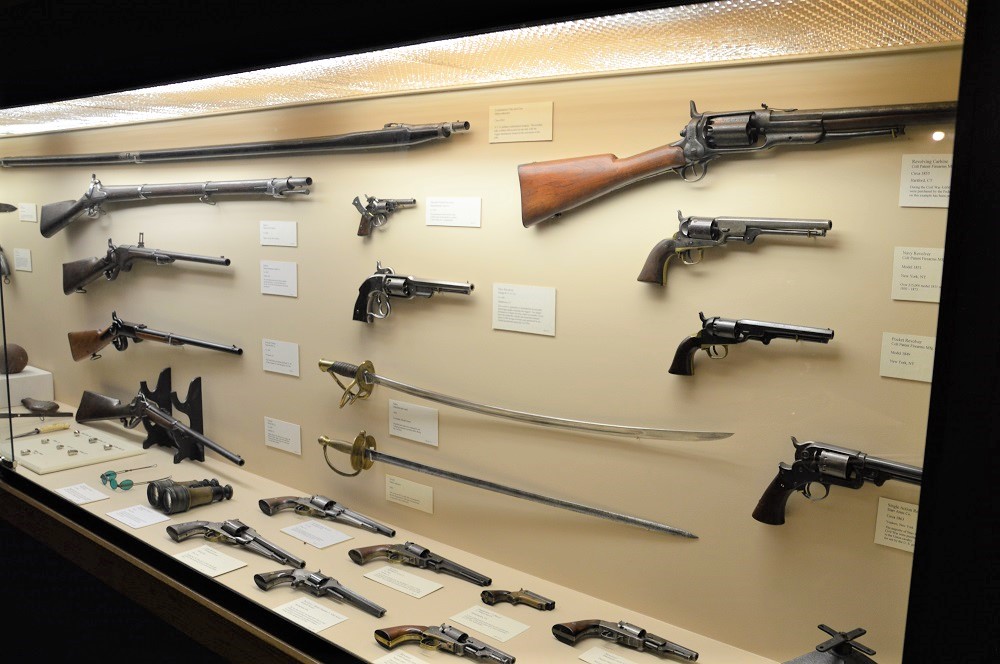 If you are a Civil War buff, there are dozens of exhibits with martial artifacts from the War Between the States. And yes, that is an 1855 Colt Revolving Carbine in the top right corner, one of just 4,600 made for the Union Army. 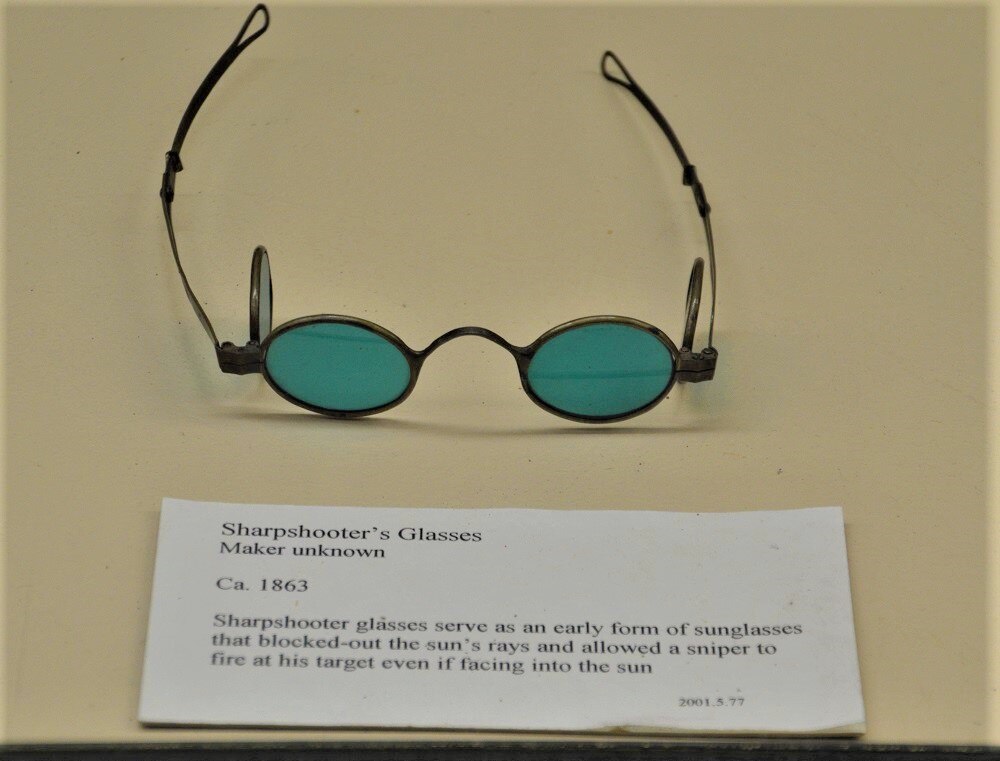 The best-dressed marksman in the Civil War wore these 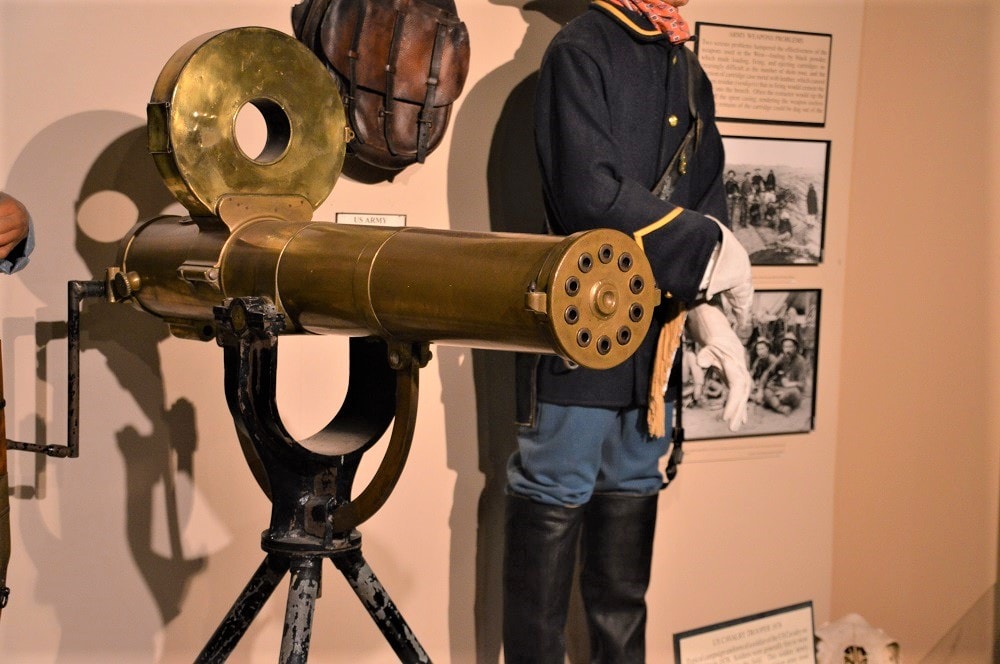 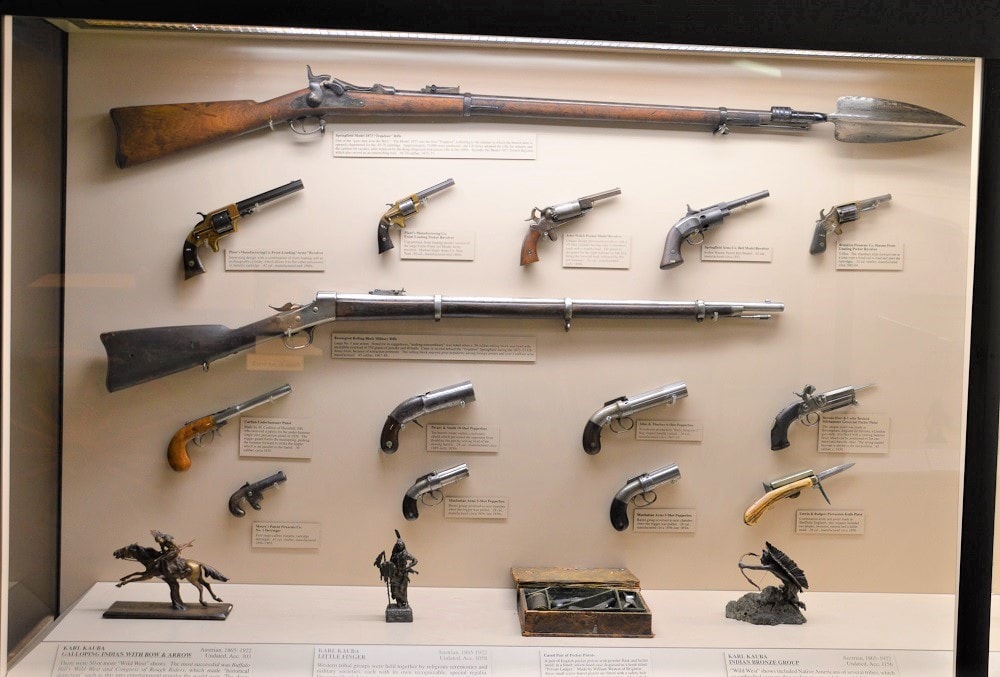 How about a collection of revolvers and pistols from the Indian Wars era, topped off with an 1873 Springfield Trapdoor cartridge conversion — complete with the trowel bayonet that also allowed frontier troopers to dig with it as needed. 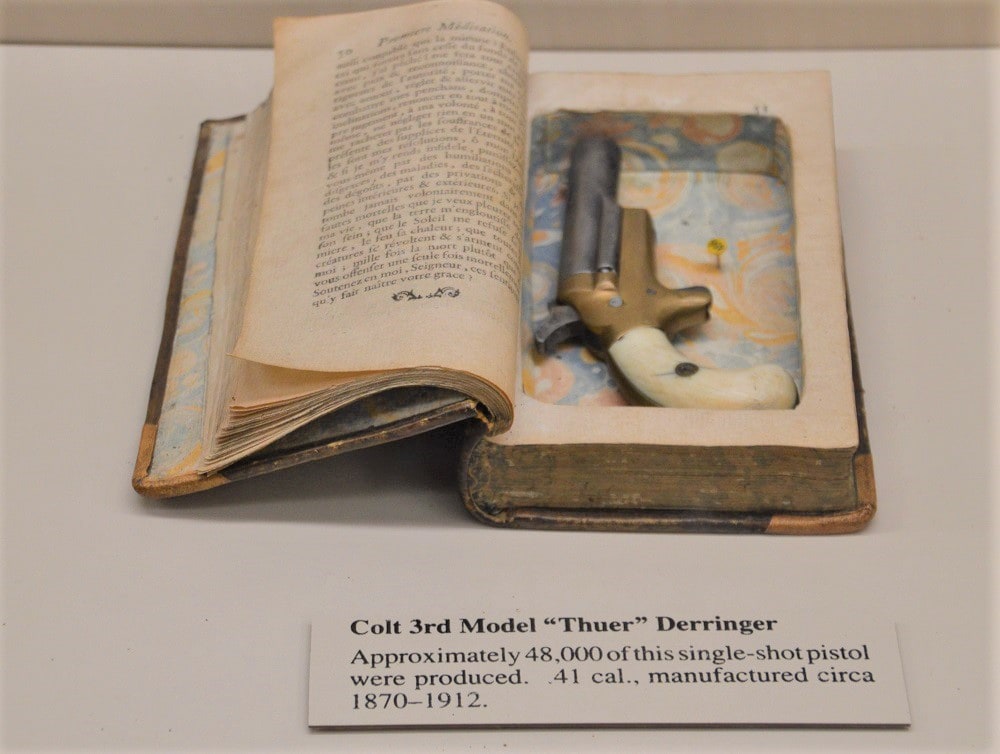 Catch up on some reading 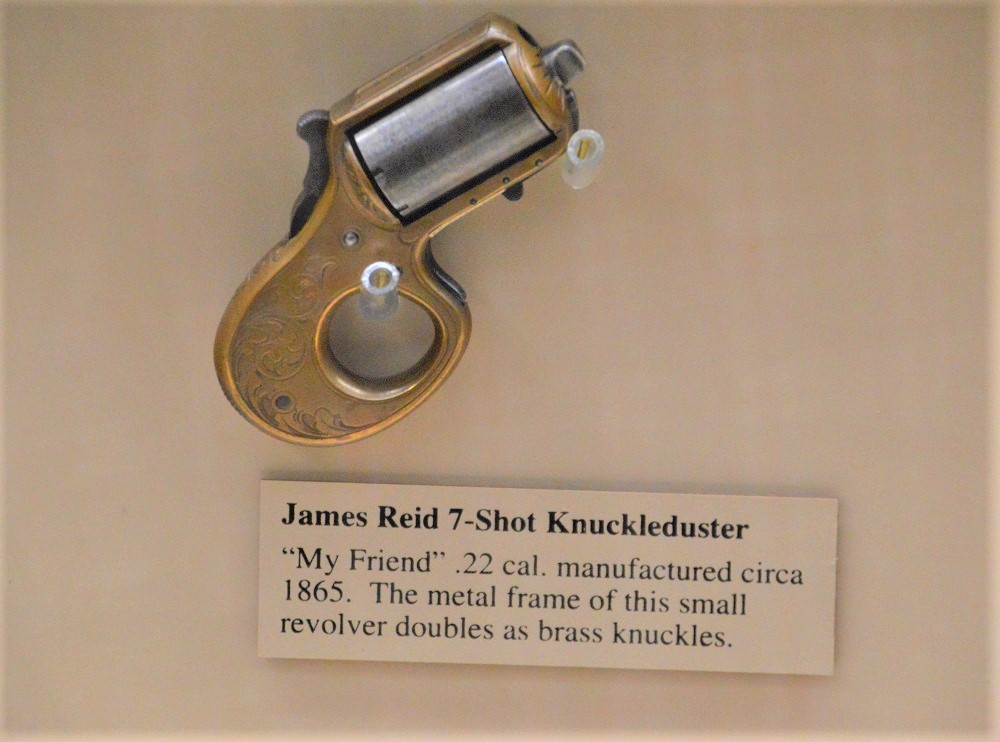 You often don’t get a chance to see one of James Reid’s “My Friend” knuckledusters in the wild. Each one of these was handmade in his shop in New York, down to the screws. 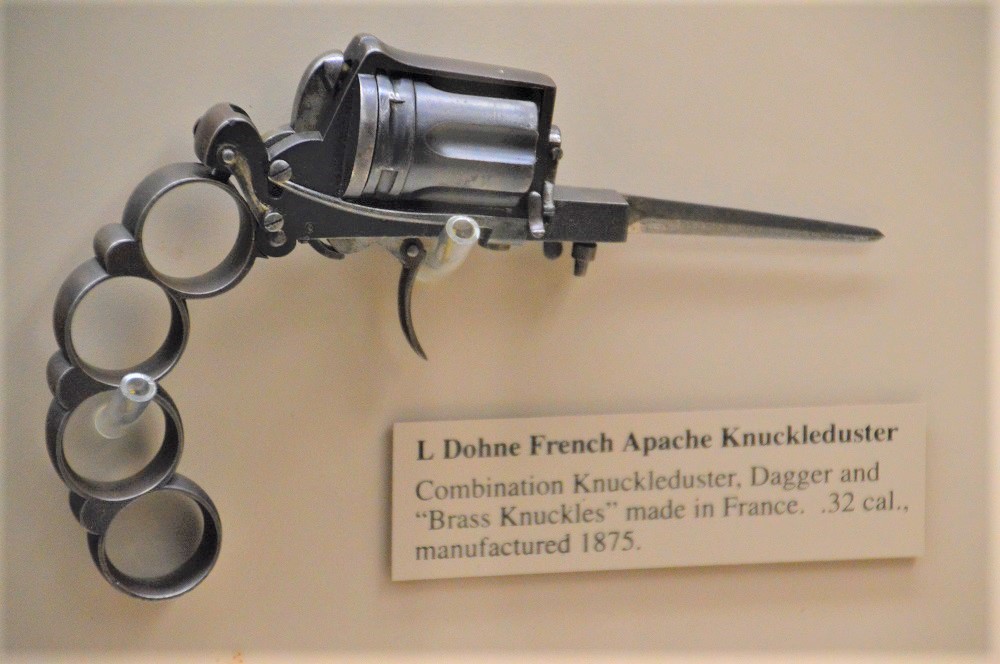 And it is complemented by a French Apache

Mr. Berman seemed to have a great interest in guns that would be classified today as “Any Other Weapon” — cane guns, pipe guns, pens that really are mightier than the sword, a car’s gear shift knob that secreted a pistol, belt buckles that hold lethal hardware. If you can think of it, the museum probably has one or six on hand. 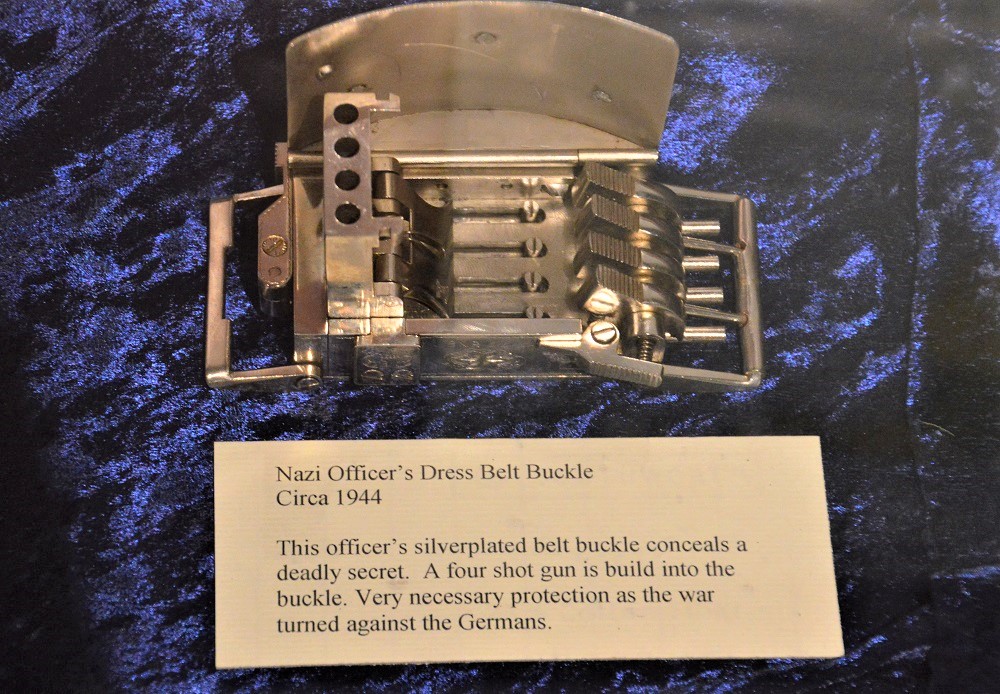 A German belt buckle gun, similar to the one up for auction at RIA this month 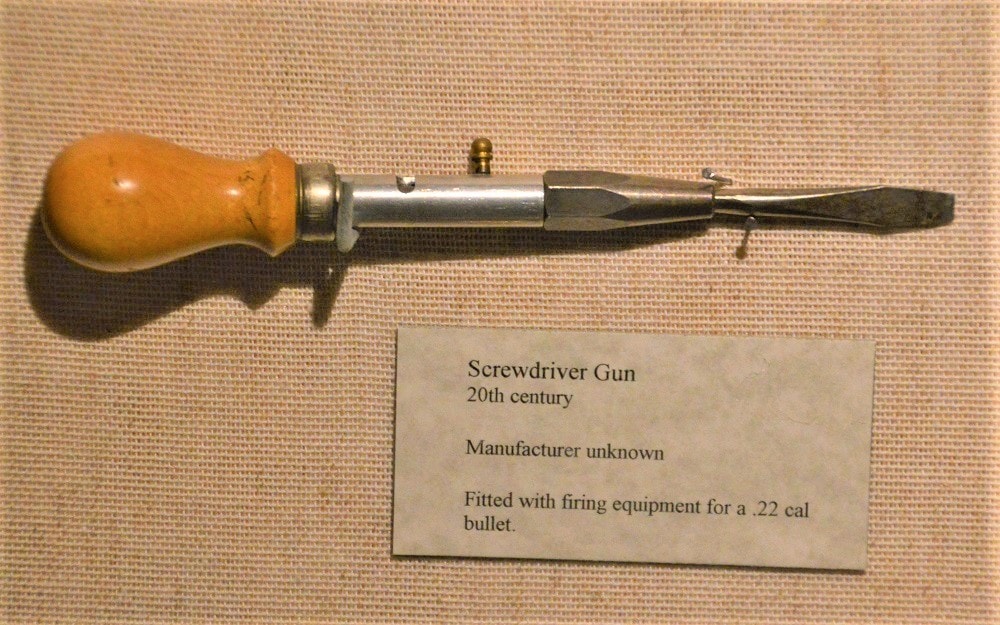 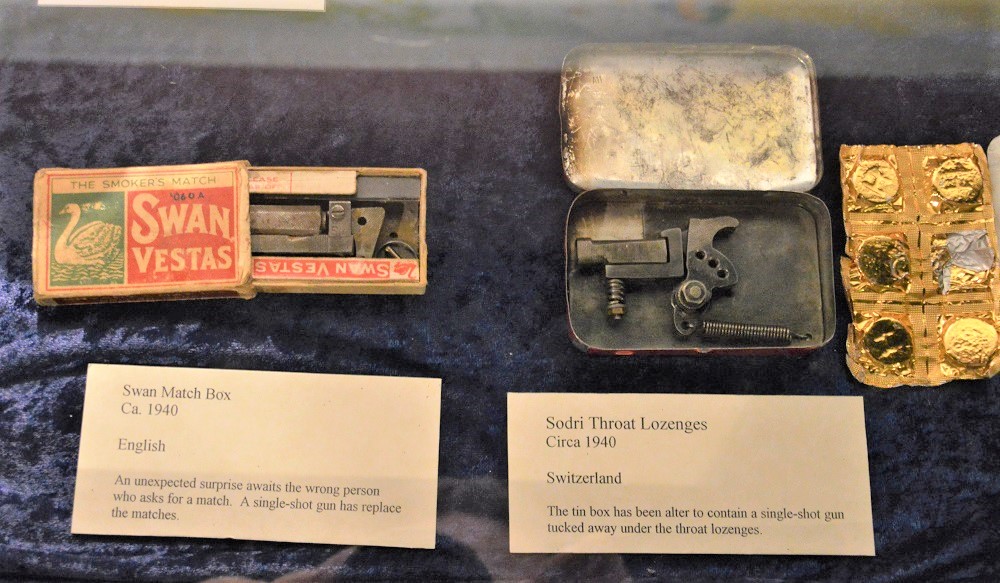 The museum is packed with other artifacts as well, including Imperial Germany’s Kaiser Wilhelm II’s WKC hunting sword, and Hitler’s silver tea service (including grape scissors; what a swanky little madman). Edged weapons and Japanese armor mingle with embellished Gurkha fighting knives and Arabic jezails. On exhibit is the famed Persian Scimitar of Abbas I, encrusted with 1,295 diamonds, 50 karats of rubies, a 10-carat emerald in the hilt and 3 pounds of gold.

On the second floor rest dedicated exhibits to both World Wars including crew-served weapons (ever seen a German Granatwerfer 36 mortar? Want to? Head to the Berman!) as well as small arms. The museum has a rare West Gun, one of only two known to exist today. 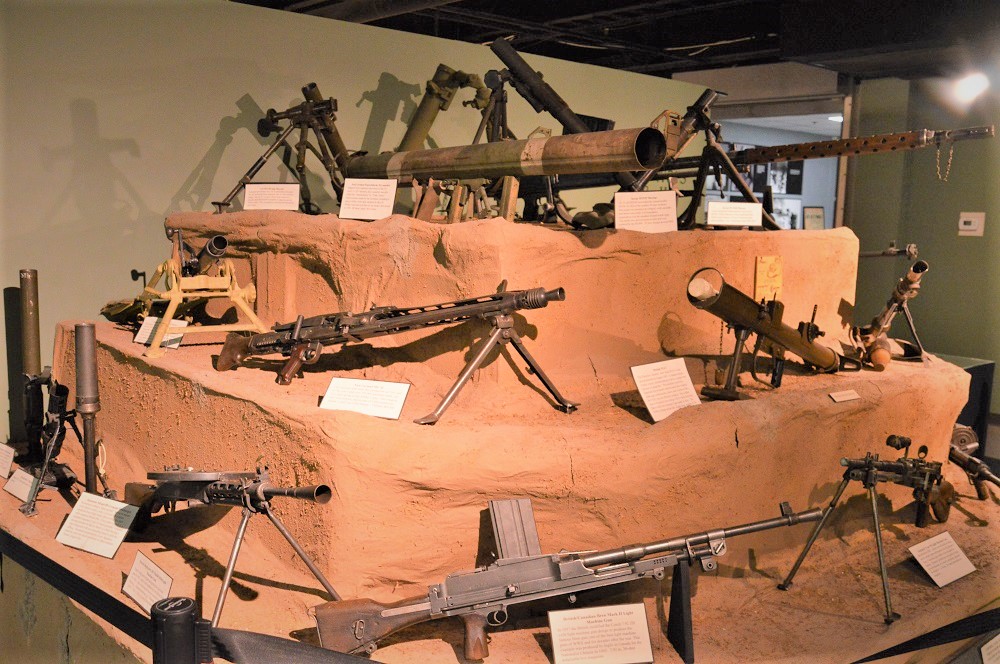 Arranged by country, the displays are comprehensive and stand ready to school any history buff or arms collector. 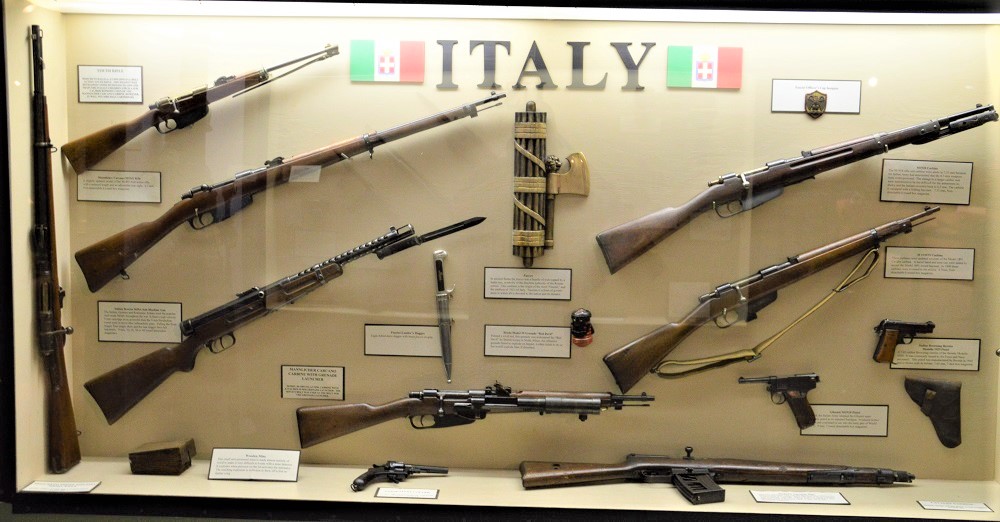 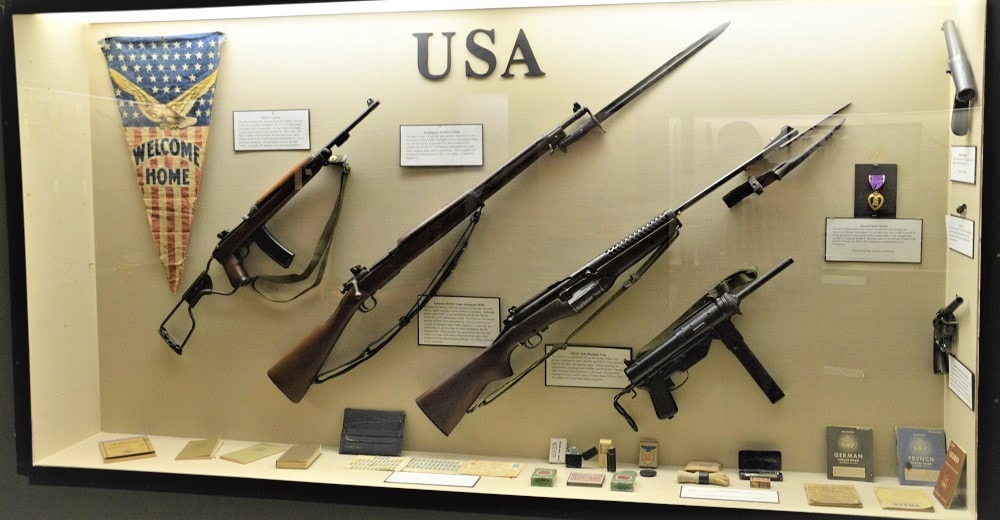 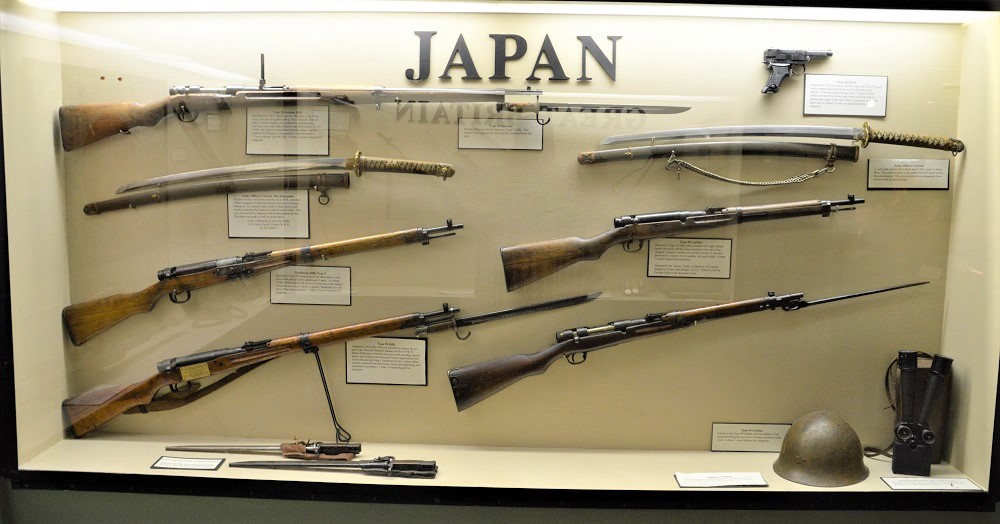 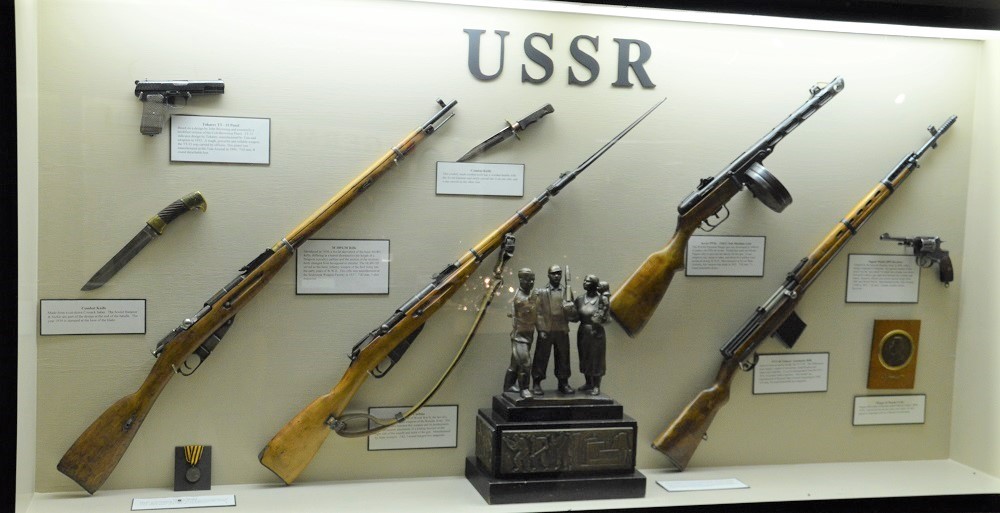 Included in one of the several Japanese cases is a complete 20mm cannon from a A6M2 Zero fighter. 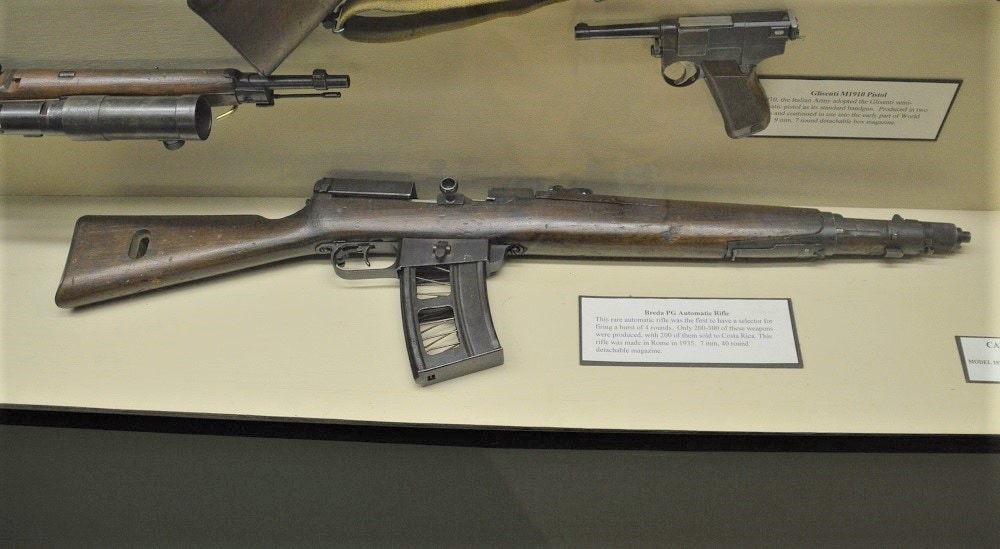 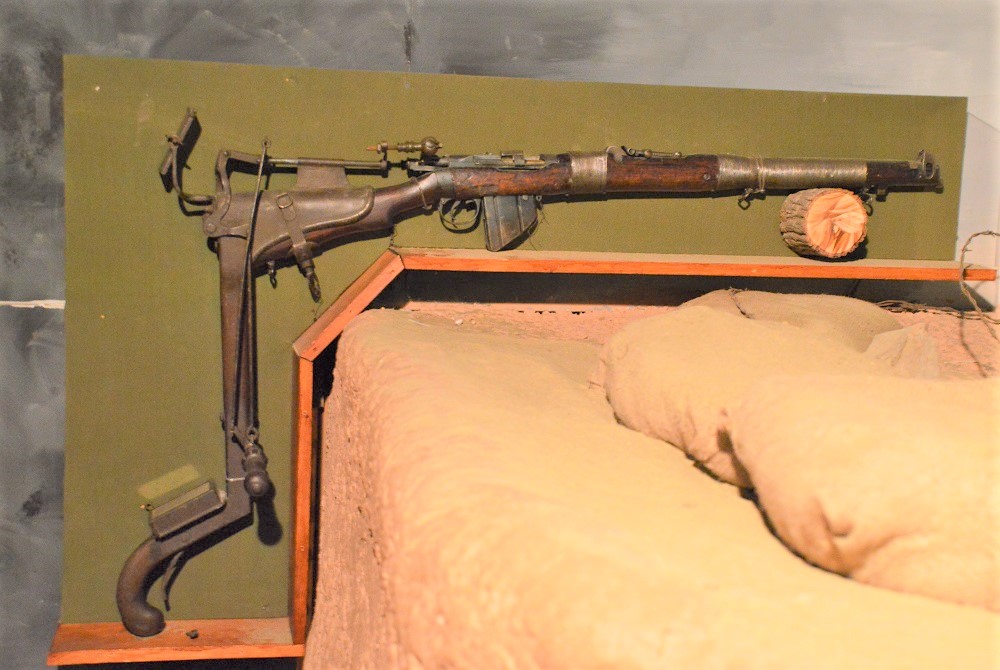 For those occasions when you have to raid a trench at five but don’t want to get your hair parted at 4:30.