Billed as the next in a long line of bolt-action handguns reaching back to the classic XP100, Big Green’s new Model 700 Chassis Pistol is now here.

Using a short-action Remington 700 system, the Chassis Pistol is advertised by the New York-based company as an accurate and compact handgun for use on the range or in a hunting environment. Offered (initially) in .300 Blackout, .223 Remington and .308 Winchester, the CP in its longest version is just 21.75-inches overall. Featuring 10.5-inch barrels in its .300 AAC and .223 formats, the pistol runs a 12.5-inch barrel in the .308 version.

Regardless of caliber, the CPs all come standard with an M-LOK handguard, threaded muzzle, and a full top Pic rail for optics and/or BUIS as it comes sans sights. The guns use a Magpul MIAD pistol grip, Remington’s X-Mark adjustable (3.5 to 5.5-pound) trigger system, and the magwell is set up to accept 10-round Accuracy International AICS-spec magazine system detachables. There is a rear single-point quick-detach sling point, which should prove useful as the weight on the series ranges from 5.95 to 6.15-pounds with the .308 pushing the heavier end of that scale. Finish is hard coat anodized and black Cerakote. 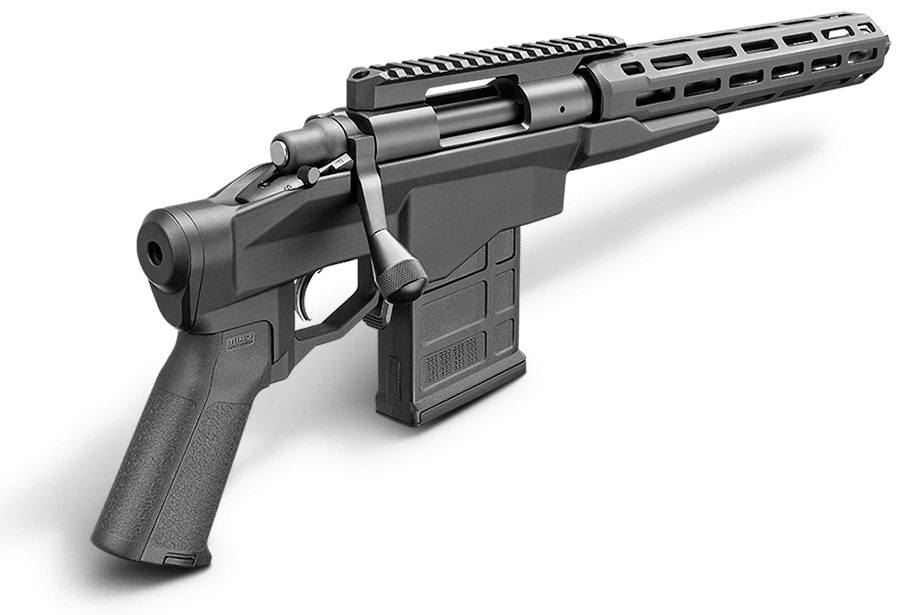 Retail is $1,020, as suggested by Remington, which should be less at your local dealer.

The company largely pioneered the bolt-action hunting handgun market with the XP100, a compact 40X short action which debuted in the 1960s complete with an advertising campaign that touted it as “the world’s hottest handgun,” especially when coupled with the very hot .221 Remington Fireball.