The Lewis was designed by a U.S. Army officer and at first couldn’t get any love in the states but went on to be a crowd-pleaser overseas.

The Lewis light machine gun sprang from the mind of Col. Isaac Newton Lewis in 1911. Unable to make a deal with the Army here in the U.S., he shopped the innovative LMG overseas where it was produced by BSA and others. The USMC adopted them briefly and the Navy used some well into WWII, but most Lewis guns served in the militaries of allies rather than the Colonel’s own country.

Easily identifiable by its aluminum barrel-shroud and 47-round top-mounted pan magazine that rotates as it fires, the Germans nicknamed the Lewis “The Belgian Rattlesnake” when they heard it in action in 1914 with the Brits opposing them in Belgium.

In the end, more than 350,000 Lewis guns were made for a multitude of clients to include Belguim (in 7.65x53mm) Canada (in .303), the Netherlands (6.5x53mm), and Tsarist Russia (in 7.62x54R). Only about 10 percent of that total was bought by the U.S. Instead, American Doughboys went to the trenches of the Western Front armed with the almost universally disparaged French Chauchat.

The rate of fire on a Lewis gun is 500 to 600 rounds-per-minute for as long as the magazine holds up.

The guns were popular in their day and served in ground support roles as well as in early aircraft and tanks. Weight was 28-pounds on the standard version while those used in aircraft mounts were lighter. 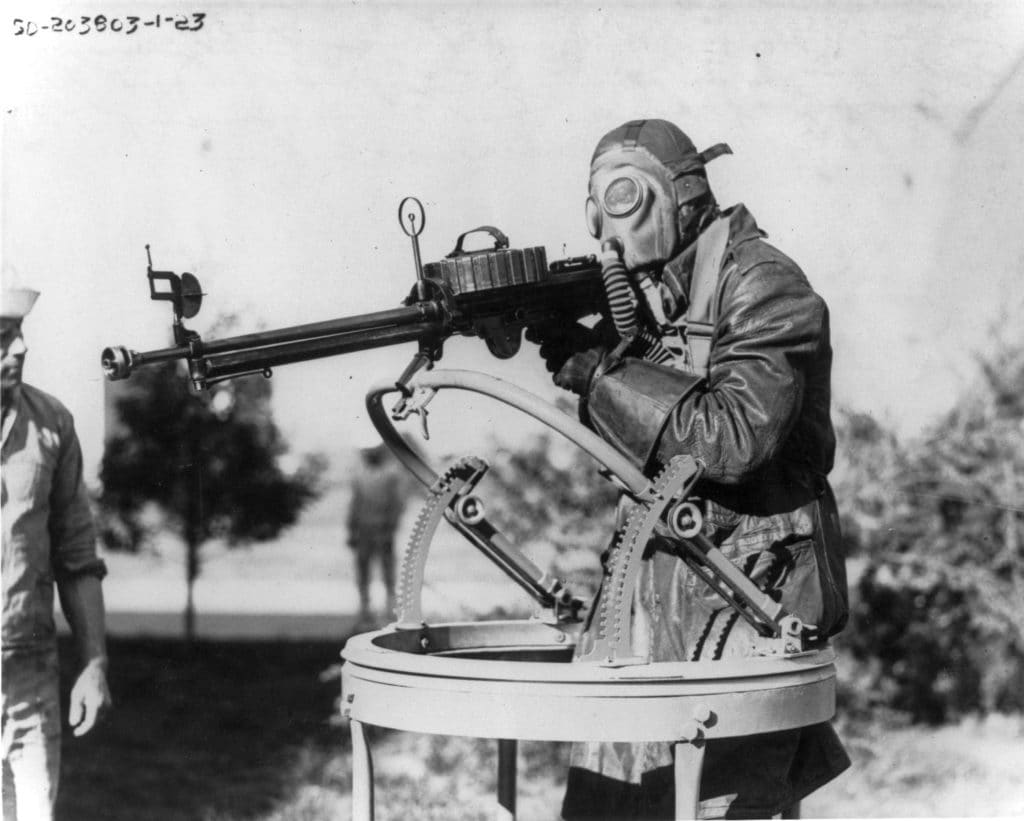 The Lewis used a rotating bolt and a long-stroke gas piston action.

The gun was notably produced by Savage here in the States for use by Canada, the U.S., and Russia. (Photo: National Archives)

While the Lewis continued to serve with British Commonwealth countries in WWII, the primary LMG of the U.S. military from the 1920s onward was the M1919 Browning, which is a story for another Friday.