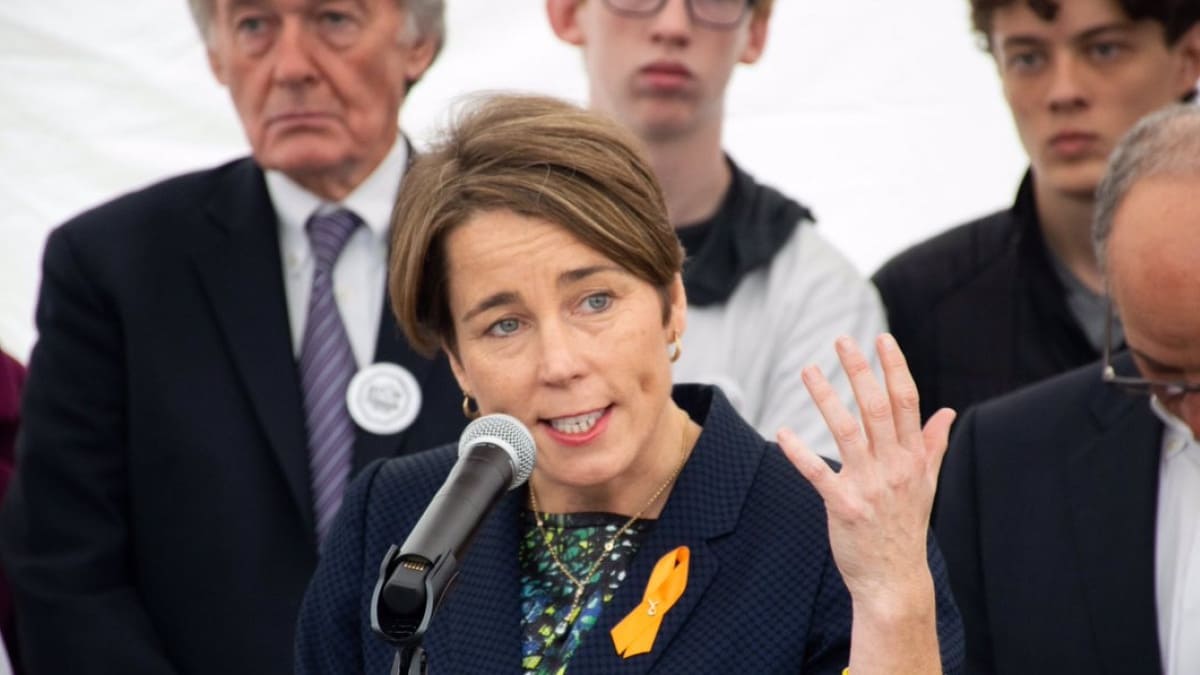 Healey, shown above at an event pushing for stronger gun laws last November, will now have to keep fighting the gun rights advocates as the case against her expanded gun ban moves forward. (Photo: Healey’s office)

The U.S. 1st Circuit this month turned away an effort by Massachusetts Attorney General Maura Healey to dismiss a lawsuit against her expansion of the state’s “assault weapon” ban.

The challenge, brought by a number of gun dealers and the National Shooting Sports Foundation, took the AG to court over her “enforcement notice” expanding the state’s longstanding ban on certain semi-automatic firearms to include guns that, up to that time, were considered “Massachusetts-compliant.”

Healey, who has been trying to get the case thrown out since it was first brought in 2016, will now have to keep fighting the gun rights advocates as the case moves forward.

The challenge came after Healy, a Democrat, declared she was banning the sale of “copycat” rifles that shared common parts such as triggers or bolt carriers with AR-15s, AK-variants, and others on the Commonwealth’s prohibited weapons list. One of the more novel interpretations Healy used in defining what an assault weapon was under the Commonwealth’s law was in focusing on gun actions — which are the heart of a weapon platform rather than cosmetic features such as stocks and grips — through the use of an interchangeability test.

“The actions of Attorney General Healey’s office in 2016 were unconstitutional, leaving firearms retailers in Massachusetts unable to determine the meaning or scope of the Enforcement Notice and subsequent explanations,” said Lawrence G. Keane, NSSF senior vice president, and general counsel, this week. “Because criminal penalties can result due to her unilateral reinterpretation of a state statute done without administrative process or input from affected parties, her office exceeded its lawful authority and retailers were deprived of their due process protections under the Fifth and Fourteenth Amendments.”