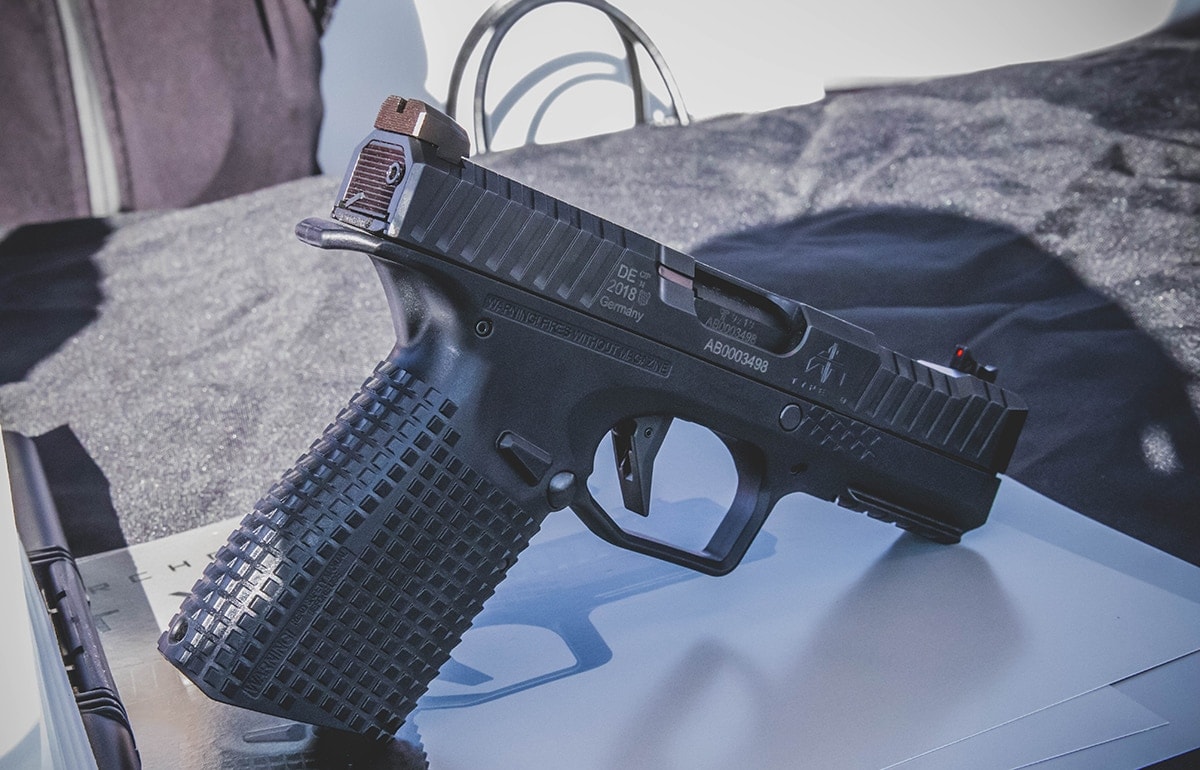 The Type B from Archon Firearms at an industry event ahead of SHOT Show in Las Vegas. (Photo: Jacki Billings/Guns.com)

Archon Firearms said its Type B pistol has had its slowdowns but is finally ready for consumer shelves. The company announced that the pistol is officially shipping.

The Type B is a semi-auto design capable of packing 15-rounds in its double-stack, black polymer frame. The Type boasts a steel slide with serrations along the front and back. Sporting a serrated rear sight paired with a front fiber optic sight, the Type B offers compatibility with standard Glock sights for those that wish to swap to their favorite pair.

The pistol is equipped with a flat-faced trigger — a popular add-on many shooters enjoy for its shooting style and ease. The trigger guard itself is roomy enough to handle larger fingers or gloves while the grip has been designed with a deep beavertail and grip mapping technology for better ergonomics and comfort, according to Archon Firearms. 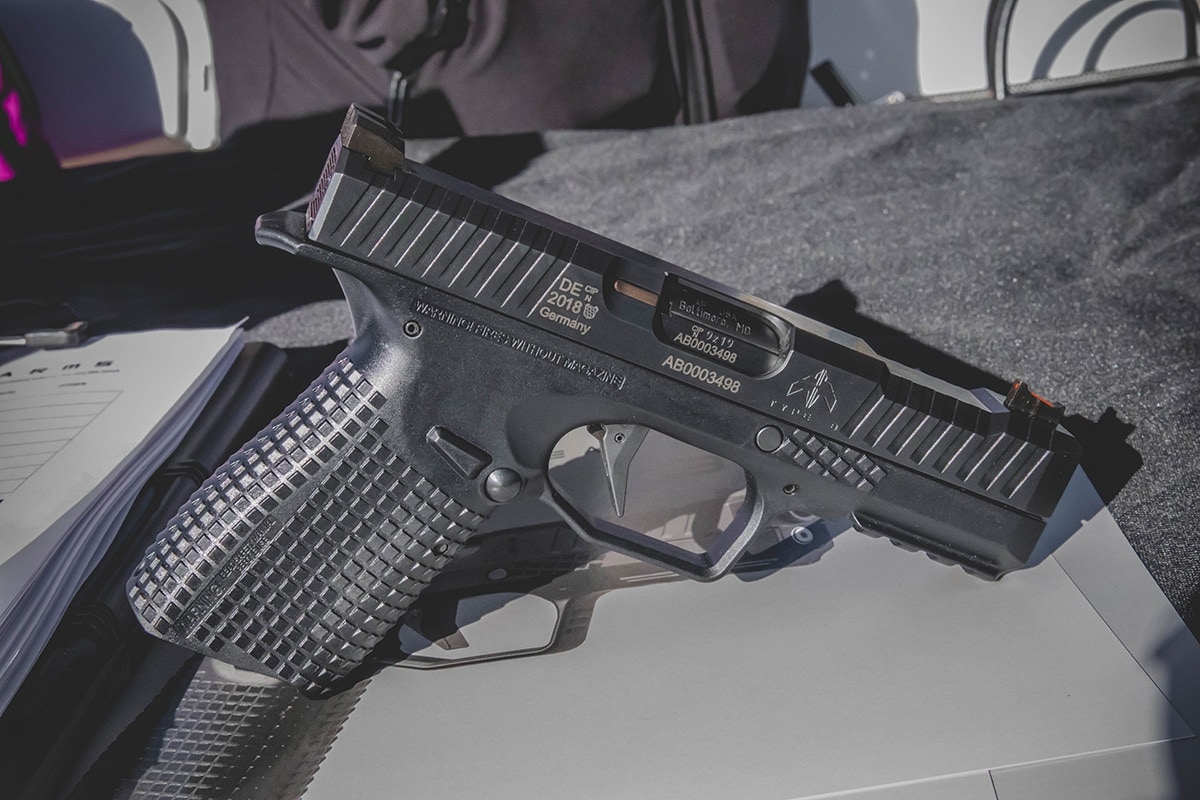 Grip mapping and an aggressive beavertail are designed to fit a variety of hand sizes, according to Archon. (Photo: Jacki Billings/Guns.com)

Measuring 7.59-inches in overall length, the Type B sports a 4.29-inch barrel. Standing 5.12-inches tall the pistol features a width of 1.38-inches. The Type B maintains a weight of just over 29-ounces. Archon Firearms told Guns.com that one of the many benefits of the Type B system is its lessened recoil and easy takedown. With the push of a pin, the Archon’s slide easily slides off, revealing the pistols guts for easy cleaning and maintenance.

Adding to the ease, Archon Firearms has also outfitted the Type B with an integrated flared magwell that accommodates fast reloads. The pistol itself ships with four 15-round Mecgar magazines. 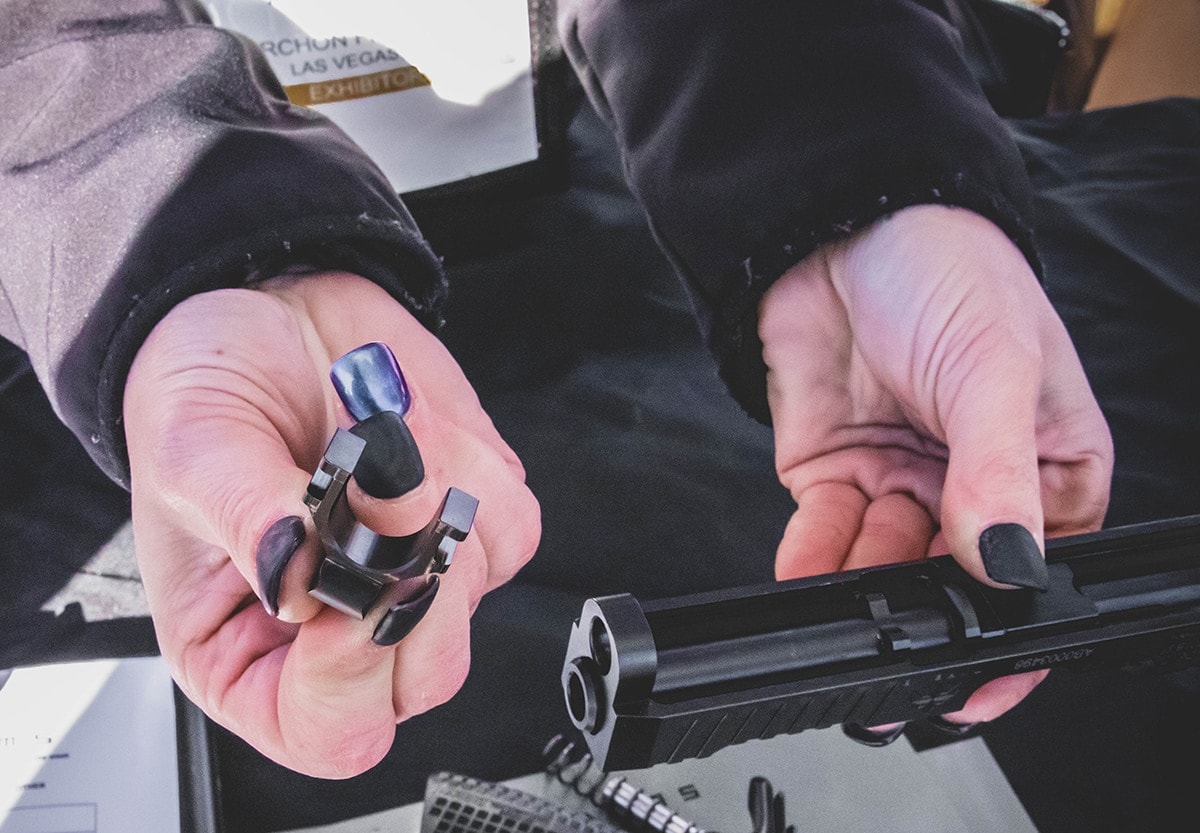 The Type B’s release, formally known as the Stryke B, was slowed down after its parent company, Archon Firearms, rebranded and changed its name. Due to ATF regulations, the newly renamed company was forced to manufacture all new slides with updated markings. This led to a slowdown on the release of the Type B.

Archon Firearms told Guns.com it is thrilled the Type B is now officially shipping and in the hands of consumers. The Type B is priced at $849.95. 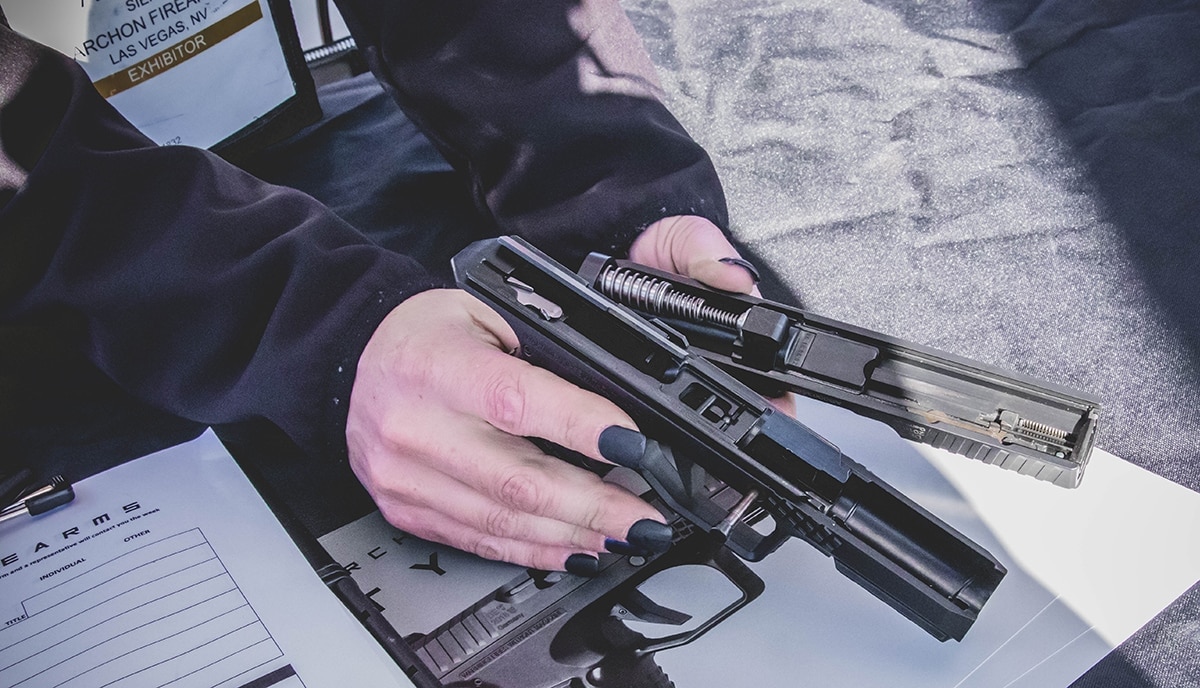 The take-down process is easy with just the removal of a pin forward of the trigger on the slide. (Photo: Jacki Billings/Guns.com)