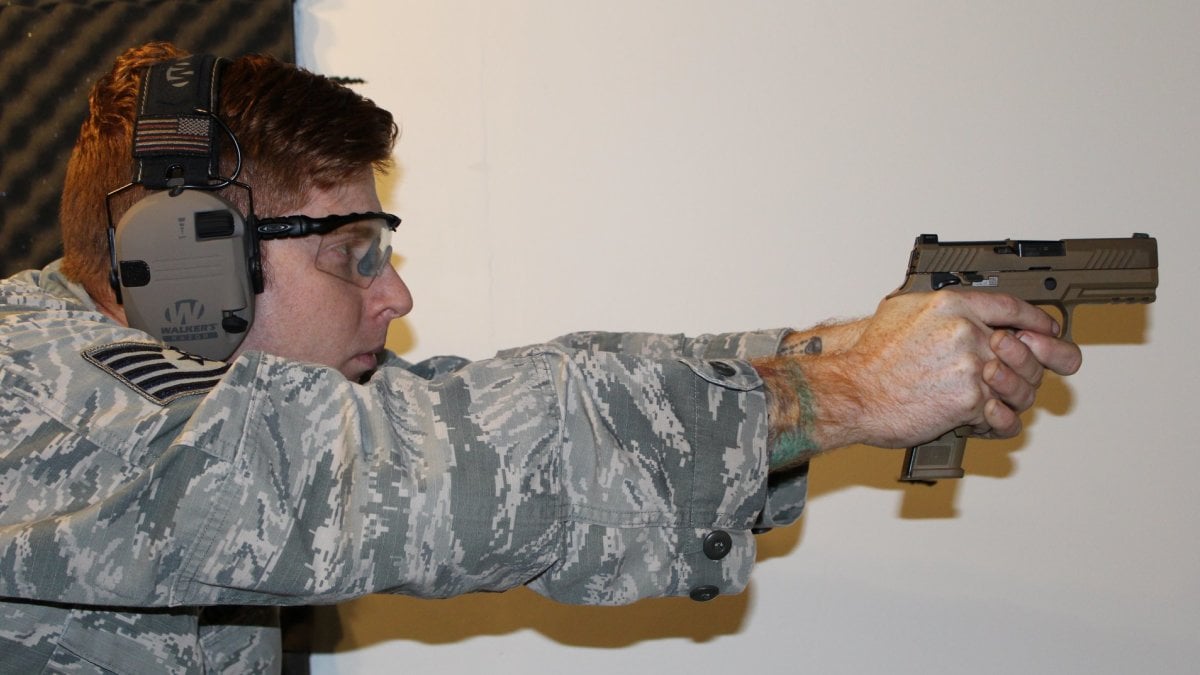 The M18 is Sig Sauer’s compact installment to the MHS program and the Air Force is currently rolling it out to Security Forces, with plans to use the gun to replace three legacy models. (Photo: USAF)

The U.S. Air Force is rolling out the new Sig Sauer M18 pistol to Security Forces units. The 9mm handgun — the smaller counterpart to the M17 adopted under the Army’s Modular Handgun System contract — replaces the Beretta M9, which has been in service since 1986.

The new gun will also replace the M11, which is a version of the Sig Sauer P228, used by the Air Force Office of Special Investigations. Further, the M18s ability to use blank firing kits and Simunitions will allow it to replace the venerable .38-caliber Smith & Wesson M15 revolver, which is still used to train military working dog teams. 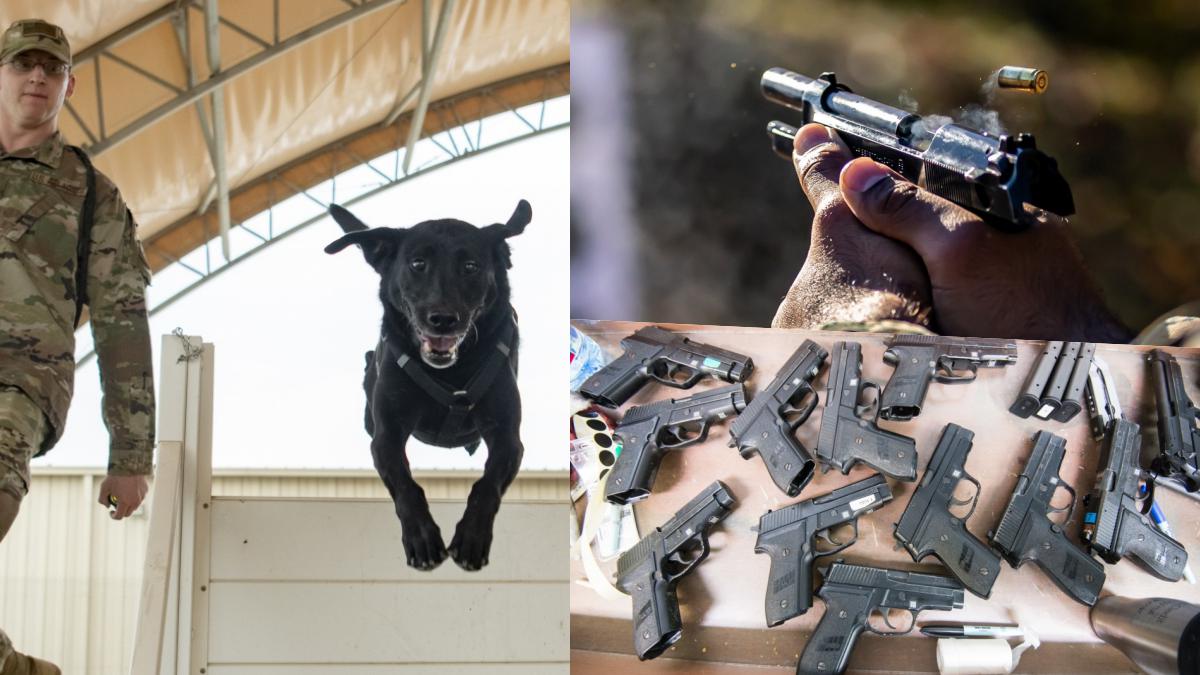 The M18 will eventually replace 1950’s era revolvers used to train military working dogs with blanks, as well as the M9 and M11 handguns (Photos: USAF)

“The M18’s modular system provides improved ergonomics, target acquisition, reliability and durability to increase shooter lethality,” said the Air Force Security Forces Center in a statement about the new striker-fired handgun. Compared to the heavier M9, it has a higher magazine capacity, standard night sights, and more modularity when it comes to tailoring the handgun to accommodate the user and purpose.

A variant of the Sig Sauer P320 with a number of upgrades to include a coyote-tan PVD coated stainless steel slide and a removable top plate for optics, the more compact M18 can use a 17-round 9mm flush fit or 21-round extended magazine. 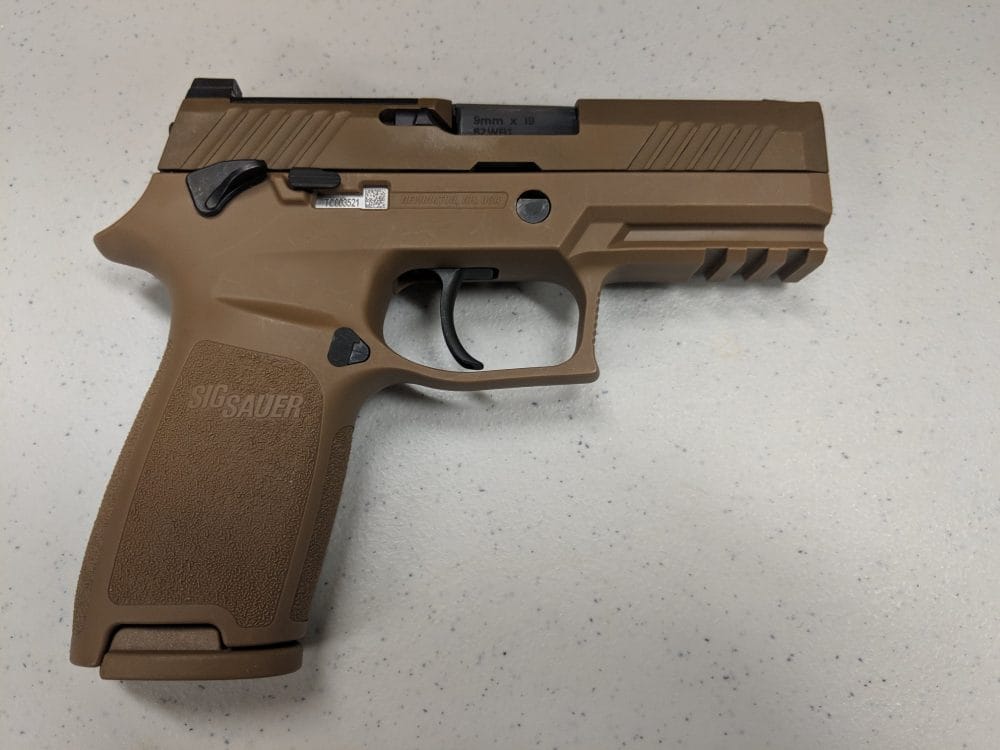 The M18 is a more compact variant of the Sig P320 than the M17. Like the rest of the P320 line, it has front and rear slide serrations and the firing control unit can be removed and placed in frames of various sizes. (Photo: USAF)

The manufacturer recently announced the pistol sailed throughLot Acceptance Test conducted by the Army. While LAT tests allow for 12 stoppages in the course of 5,000 rounds fired, three M18 used went to 12,000 rounds each, with no stoppages. The guns then went on to pass required interchangeability, material and accuracy tests.