Featuring a steel frame and a heavier Brigadier slide, Beretta bills its new model 92X Performance pistol as competition-ready right out of the box.

The new gun, the latest incarnation of the Model 92 family that first appeared in the 1970s and has gone on to be a classic worldwide, was debuted this week at the IWA & OutdoorClassics in Nuremberg, Germany. The 92X Performance is a bit heftier than its predecessors as its Vertec steel frame and heavier slide push it to 47.6-ounces, unloaded. For comparison, the common aluminum-framed 92FS tips the scales at 33-ounces.

Other features include sawtooth front and rear slide serrations, a skeletonized hammer, extended beavertail grip, as well as an oversized magazine pad and mag button. The railed frame has front and rear grip checkering, an ambi thumb safety, a low-profile “stealth” hold-open lever, and a match takedown lever. Sights include fully adjustable rears and a fiber optic front. The Extreme-S match trigger reportedly decreases trigger reset by up to 40 percent and provides a 3.3-pound single-action pull, moving to 6.6-pounds on double-action. 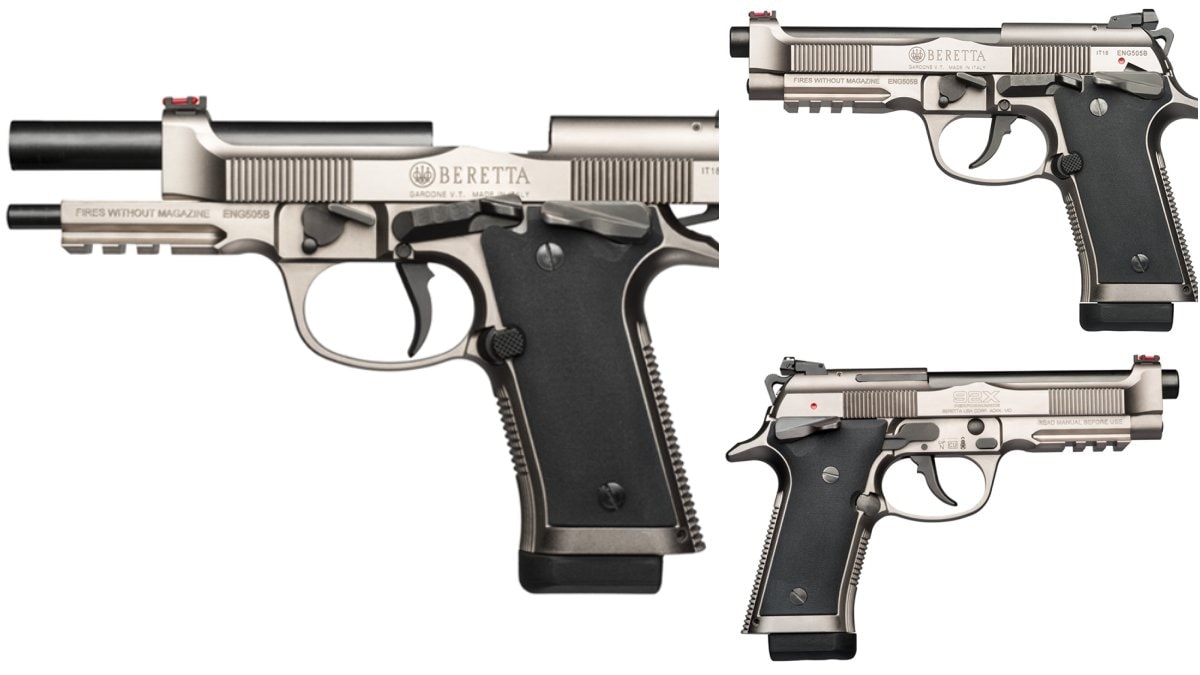 The 92X has a two-tone effect due to the Nistan finish on the frame surface and slide contrasted with the black burnished barrel, surface controls and steel spring recoil rod. (Photos: Beretta)

Available in 9mm para and 9x21mm — the latter popular for commercial sales in Europe due to regulations– the 92X ships with a pair of 15-round magazines.

The gun comes just two months after Walther debuted a steel frame version of their Q5 Match pistol. No details as to price of the 92x, but we are definitely haunting the Beretta booth at the NRA Annual Meetings in Indianapolis next month for more details.