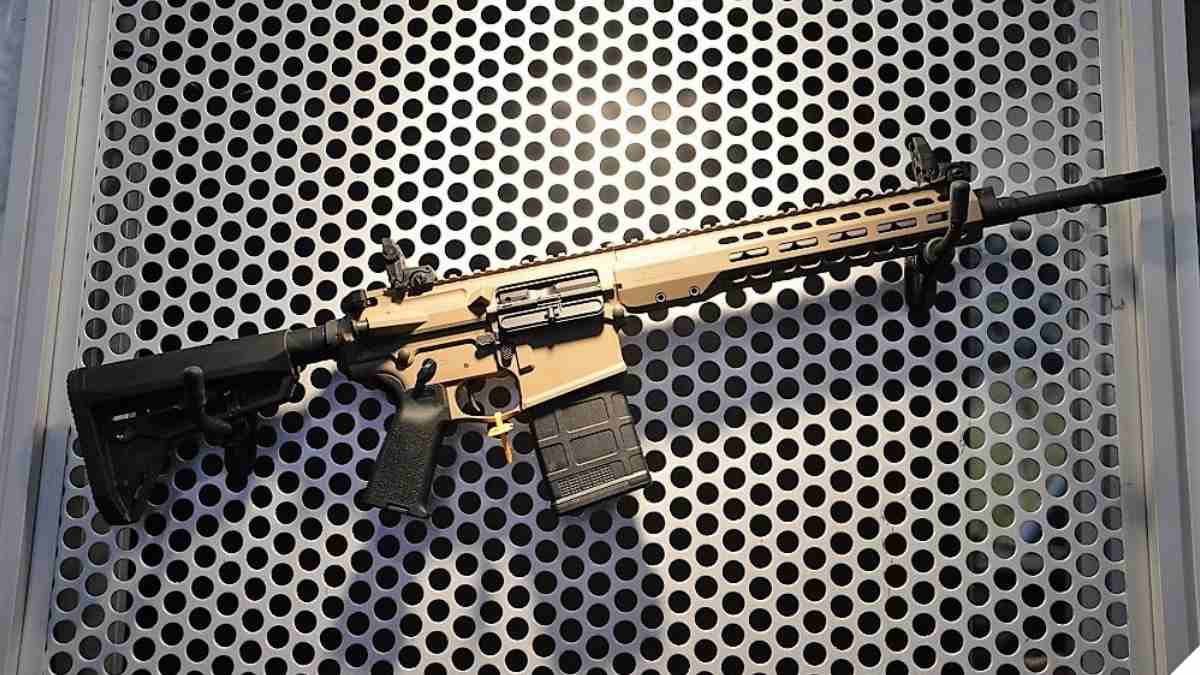 Tennessee-based rifle maker Barrett announced that supplies of their new semi-auto .308, the REC10, are now loose in the wild.

The direct impingement SR-25-style semi-auto has a carbine-length 16-inch barrel and receivers machined from billet 7075-T6 aluminum. Featuring full ambidextrous controls, the rifle has a slimline free-float aluminum handguard with M-LOK slots and a full-length Picatinny top rail. The rifle has a button-rifled chrome-lined barrel with a 1-in-10-inch twist. Overall length is 37.75-inches and it is available in both Cerakote FDE and black.

Guns.com met with company president, Chris Barrett, at SHOT Show earlier this year and got the low-down on the new rifle.

Barrett emphasized that the 8-pound REC10 has been through an extensive amount of military testing in the past couple of years that included a 6,000-round test fire with a suppressor attached. “So that’s a very tough test to get through but this rifle has been through it and is highly refined to live in those kinds of bad conditions,” he said.

True to Barrett’s lengthy history of supplying guns to warfighters, the REC10 was selected as the winner of a military tender before it was even announced to the public. The company has long supplied the M107 .50 caliber rifle to the Pentagon as well as overseas allies and was recently chosen in a big contract issued by SOCOM for the MRAD modular bolt-action rifle, which will be adopted as the Mk21.