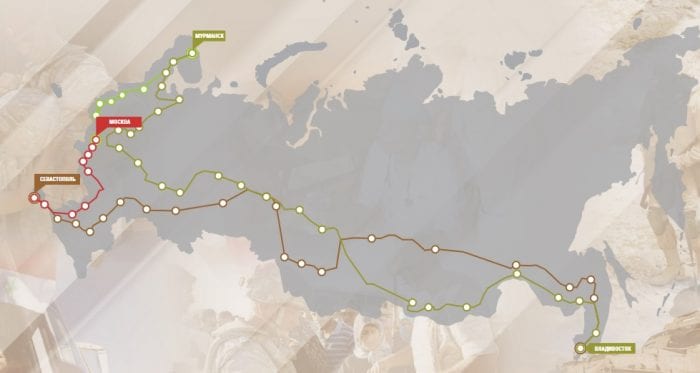 Russia’s “Syria Train” is set to stop at dozens of cities in the country to show off booty supposedly captured in the Middle East. (Photos: Russian Ministry of Defense)

To commemorate their involvement in the Syrian Civil War, the Russian military has sent a special train on a victory lap of sorts filled with interesting battlefield bring-backs.

The 14-car train is heavy with improvised fighting vehicles fielded by ISIS and various forces opposed to the Russian-backed Syrian strongman Bashar al-Assad as well as a curious loot of small arms. Among the guns captured are FN FAL rifles and FN FALO squad automatic weapons, French MAT-49 submachine guns, UZIs, early M16s and even a few German StG 44 “Sturmgewehr” rifles that date back to WWII. 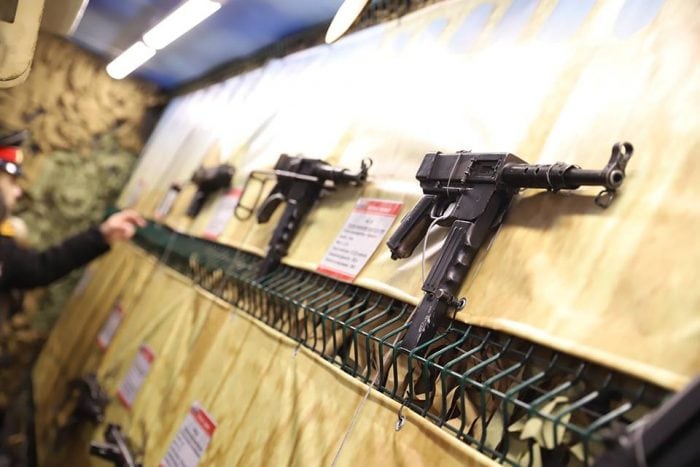 While Syria was a French colony from 1919 through 1946, the 9mm MAT-49 came after and were bought in the 1960s for use by Syrian special operations units. 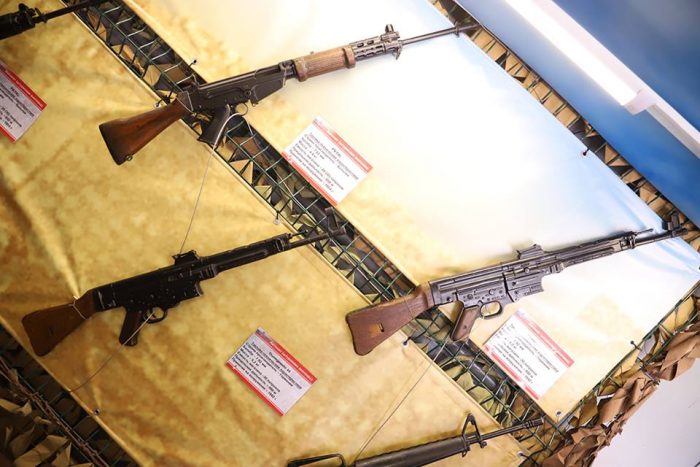 The StGs likewise made it into Syria from East German stocks at during the early 1960s and an entire warehouse full of the classic rifles was found by rebels in 2015. As for the FAL and M16A1, they have been provided to numerous parties in the Sandbox for generations. 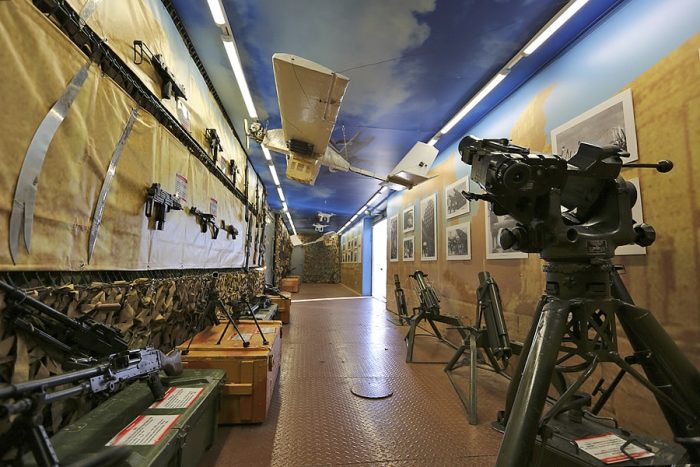 Note the FN MAG 58 machine gun, left, as well as the UZI and what looks like a Steyr MPi 69 sub gun on the wall 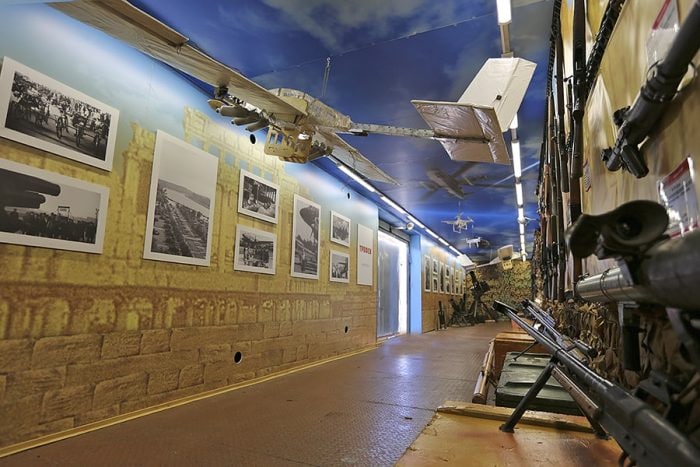 DIY drones and RPGs. Also, is that a homemade anti-material rifle to the right? 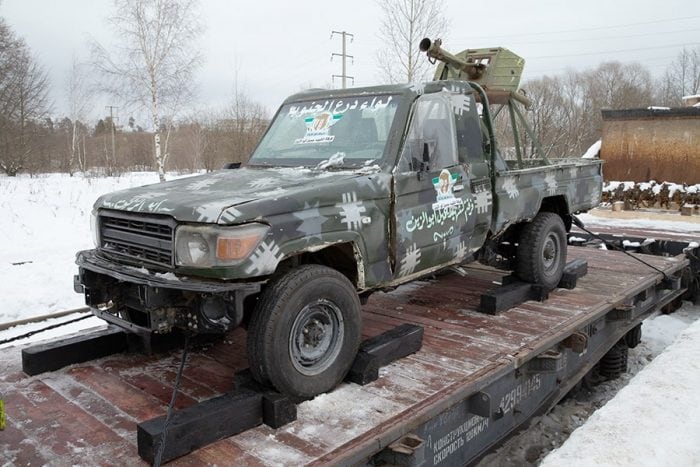 The staple of Middle Eastern military conflicts: the armed Toyota 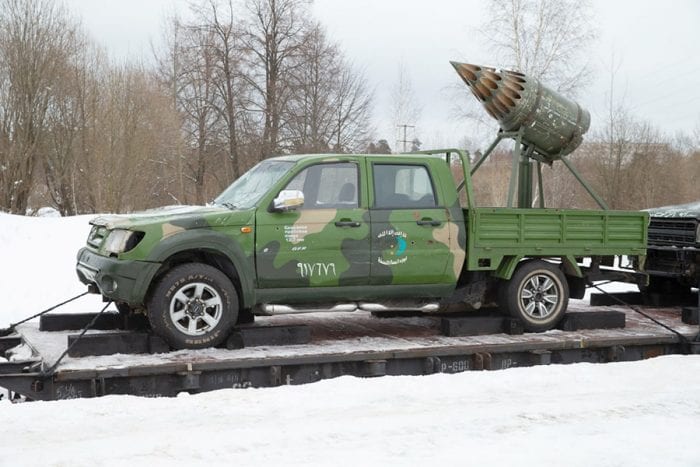 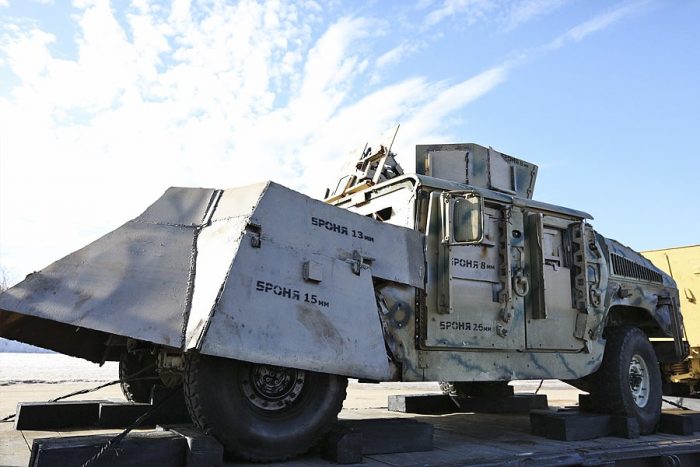 There is a Hummer somewhere under there. ISIS reportedly captured large numbers of these from the Iraqi National forces 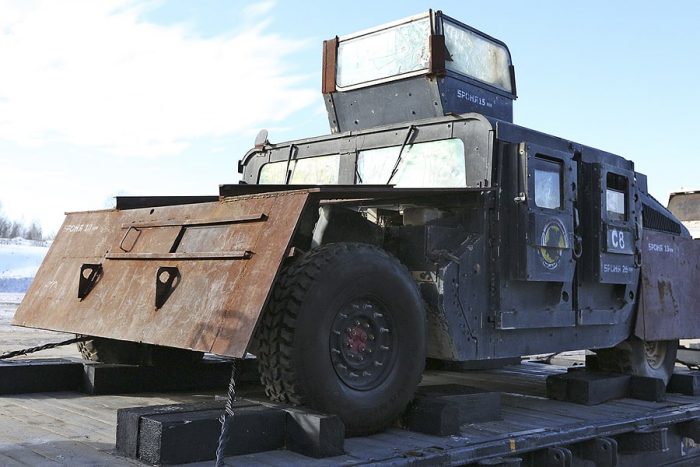 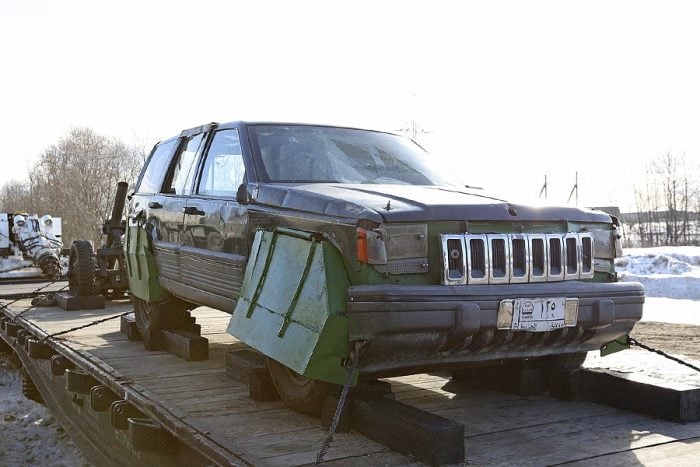 Anybody missing a Jeep Grand Cherokee that made it through the Cash-4-Clunkers era? 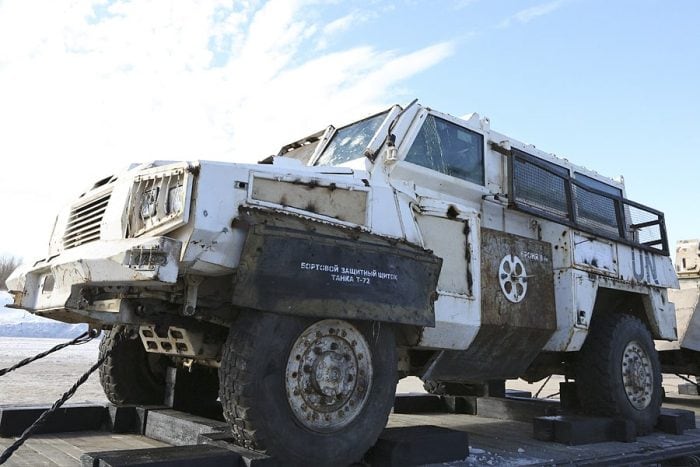 A South African RG-31 Nyala MRAP, with aftermarket parts from a T-72 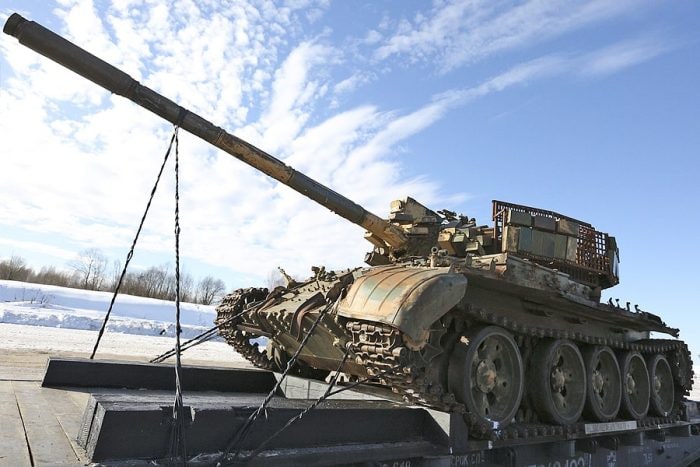 The Russian government has said at least 68,000 uniformed military personnel have served in Syria since 2015, with at least 112 killed as of late 2018.