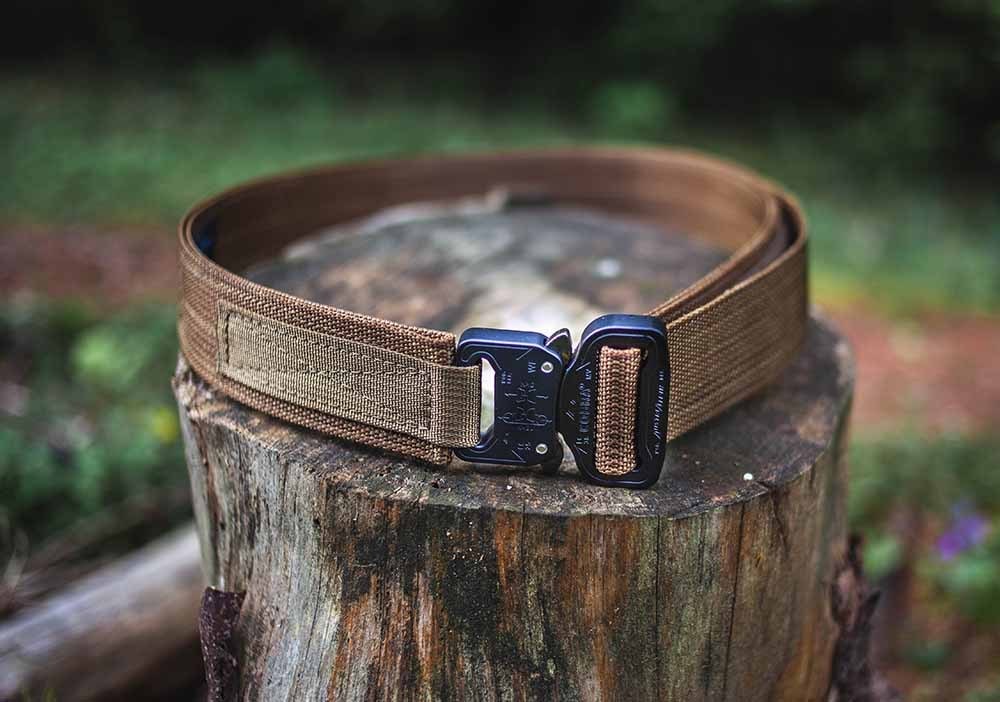 A relative newcomer to the world of gun belts, Blue Alpha Gear quickly proved why gun owners and range goers should take notice. The small business offers a variety of belts from concealed carry to range rigs to duty belts, with the intent of providing gun owners a solid, efficient option for carrying guns and gear on body. With a bevy of belt companies for gun owners to choose, Guns.com set about reviewing the Hybrid EDC belt.

What sets it apart

The Hybrid EDC aims to meld security with concealment, offering a lower profile design for Inside-the-Waistband carry. Using two layers of 1.5-inch nylon webbing, the material is sewn together to create a strong, stiff belt designed to hold the weight of a holstered gun and supporting gear. Blue Alpha Gear tops off its creation with a Hybrid Cobra belt.

The first thing of note on the Hybrid EDC Belt centers on that Cobra buckle. A popular buckle for EDC belts, Blue Alpha Gear’s Cobra sets itself apart with a compact construction on the female end. Ultimately, this design results in the Cobra buckle’s ability to thread through belt loops instead of being removed and reattached every time the belt is donned or removed. 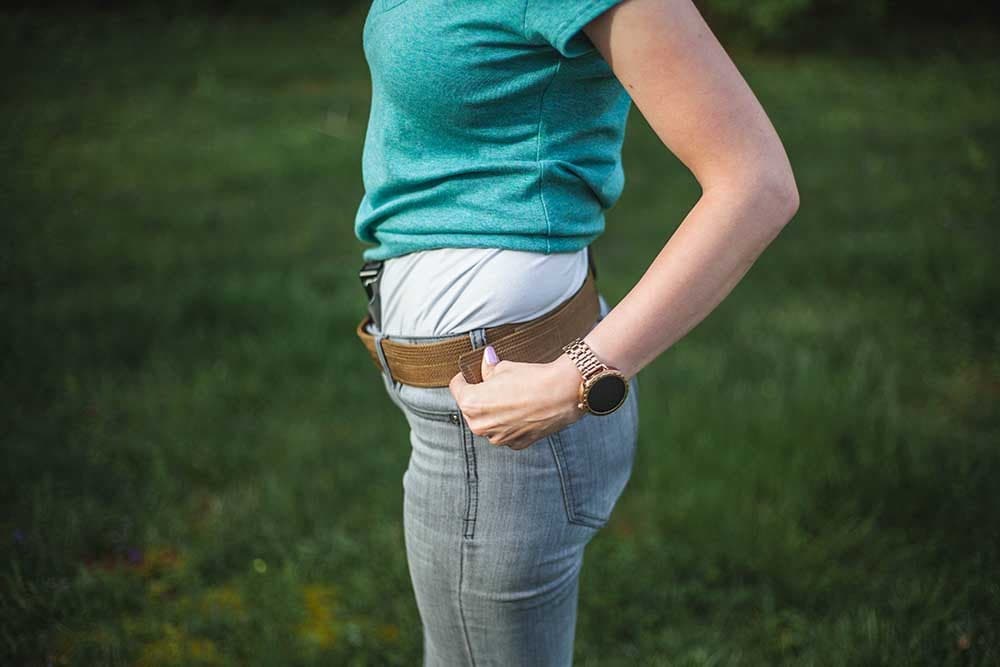 The Cobra belt buckle can be threaded through belt loops and is easy to manipulate. (Photo: Jacki Billings/Guns.com)

The Hybrid EDC’s sizing bases itself around the wearer’s pants size. For men, this process comes down to simply knowing your usual size and applying that. Ladies, unfortunately, are subject to determining their pant size through measuring tape as our sizes (0, 1, 2, 3, etc.) are not the industry standard. It’s not tough to work out, but it does add an extra step if you haven’t already been subjected to figuring out your waist and hip measurements.  Blue Alpha Gear knows that sometimes sizing can be difficult online and therefore goes the extra step of sizing belts to work one size up or down from the listed size.

Normally, I wear a size 1 to 2 in ladies which I figured would translate to a size 30 for the Hybrid EDC Belt. Upon receiving the Hybrid EDC Belt, I was pleased to find it worked for my body type; however, I think I could have managed an even smaller size.

The Glock 19, my every day carry, is no little gun; therefore, it’s a good test to discover whether EDC belts can really stack up against those larger CC mid-size firearms. With the G19 in my Dark Star Gear holster, I saddled up with the Hybrid EDC. I carry in the Appendix Inside-the-Waistband position, so having a flush, minimalistic belt is key for achieving that concealment on my petite frame. Now, I knew the belt buckle would cause problems as it always does regardless of belt platform. A buckle placed near my holster tends to make me look more rounded than usual and for that reason, I often rotate my belt buckle to one side so the area around my gun is flat. While the Cobra belt buckle on the Hybrid EDC is not unnecessarily large, it became apparent that the buckle would need similar treatment to other belts. Rotating it around to my right side, still easily accessible for bathroom breaks, the Hybrid EDC worked better for my AIWB set-up.

The author conceals a Glock 19 AIWB with the help of the Hybrid EDC Belt. (Photo: Jacki Billings/Guns.com)

For women, often times the struggle with finding a gun belt is sourcing one that can support gear and gun but doesn’t leave bruises around the hips. Traditional leather belts or ultra-stiff models often bite into the hip bones, leaving marks and making concealed carry uncomfortable. The key for a good EDC belt, especially for women, is balancing stiffness with flexibility. Blue Alpha Gear gets it. Though the Hybrid delivers a thicker design than my normal EDC belt, a Volund Gearworks Atlas Slim, it perfectly marries the stiff but pliable ideal allowing for a comfortable carry. Wearing the Hybrid EDC Belt from sun up to sunset, I was pleased to find no welts or marks at the end of each day of carrying.

The whole point of the Hybrid EDC Belt is to carry concealed. So, did it live up to its hype? Yes, yes it did. The Hybrid allowed me to carry all day with the Glock 19 – no concealment problems or issues. Even better, its construction held the Glock securely in place without sagging, bunching or movement. Bringing a total of four styles – black, wolf gray, coyote brown and OD green – and a price tag under $70, the Hybrid EDC Belt perfectly illustrates why Blue Alpha Gear is riding a wave of popularity. Melding great design attributes with an MSRP under $100, the Hybrid EDC Belt is a must have for concealed carriers.