Mini Mosin: For the Young and Young at Heart (VIDEO)

The KSA 91/30 is a tribute of sorts to one of the most prolific bolt-action infantry arms of the 20th Century, the Mosin-Nagant 91/30. Chambered in .22LR with a faux magazine, the single-shot Mini Mosin features a walnut stock and a 20-inch barrel, making it more than a foot shorter and several pounds lighter than its full-sized predecessor. 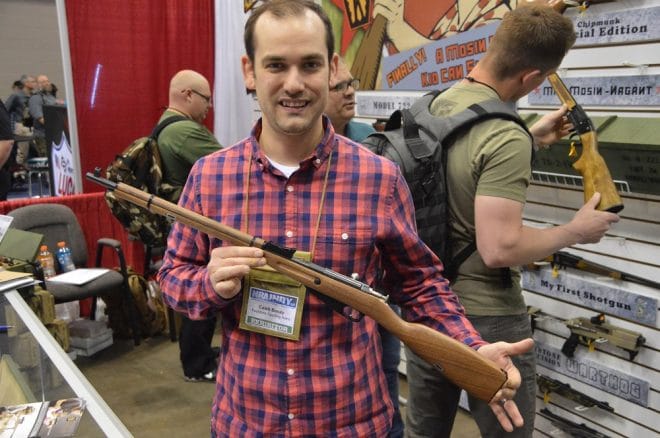 KSA’s Caleb Baney shows off the Mini Mosin. Sadly, they have no plans to produce tiny bayonets to accompany the guns. (Photos: Chris Eger/Guns.com)

The action is based on Keystone’s Crickett series of youth-sized rimfire rifles and when compared, the lineage is noticeable. 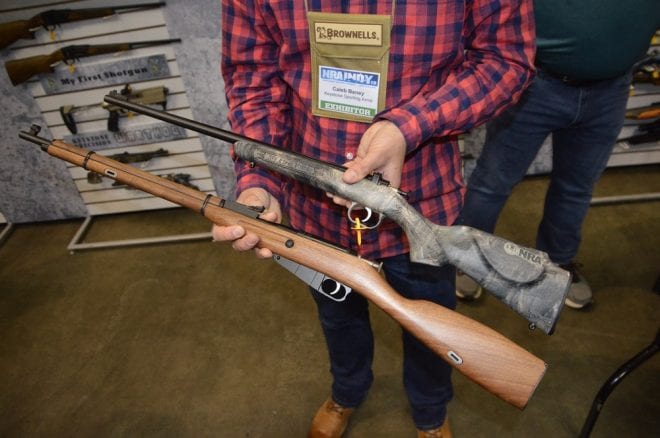 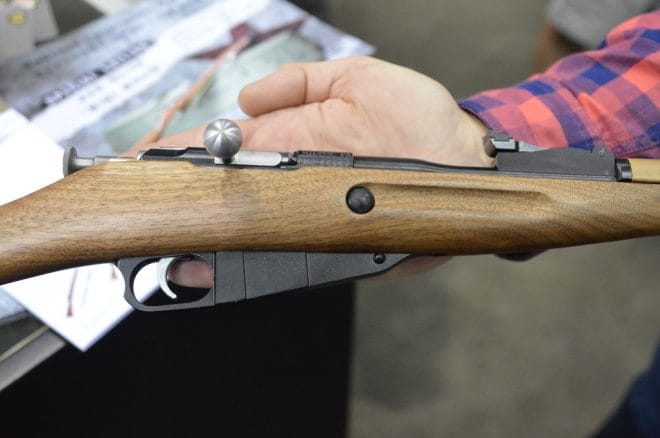 Unlike the Crickett, the Mini Mosin uses a straight bolt handle. 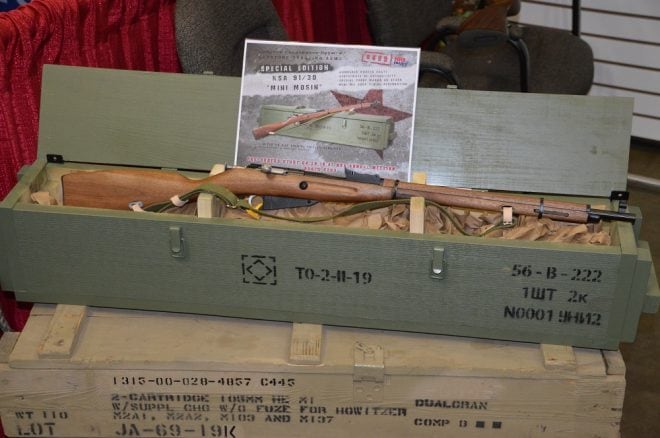 Keystone is marketing the Mini Mosin with an MSRP of $499 for a special edition with a matching wooden crate and Soviet-style markings while the standard rifle will run $399.

The Mosin is the first on KSA’s new series of five (or more) “Mini Mil-Surp” rifles, all similarly based on the Crickett single-shot .22LR. At the company’s booth in Indy last week, visitors could vote for what they would like to see in the next installment from options including the German Mauser K98, U.S. Springfield 1903A3, Japanese Arisaka Type 99, Italian Carcano Type I, British Enfield No.4MkI, and French MAS 36. 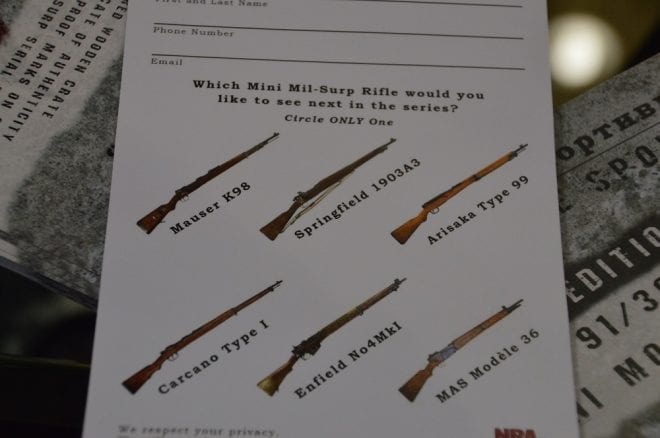 Word on the street is that the Springfield is leading the pack, followed by the K98.

KSA says the standard version of the Mini Mosin should be shipping to dealers in coming weeks. 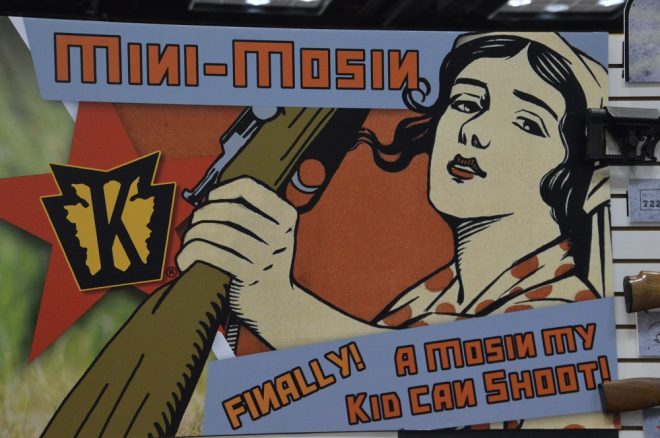