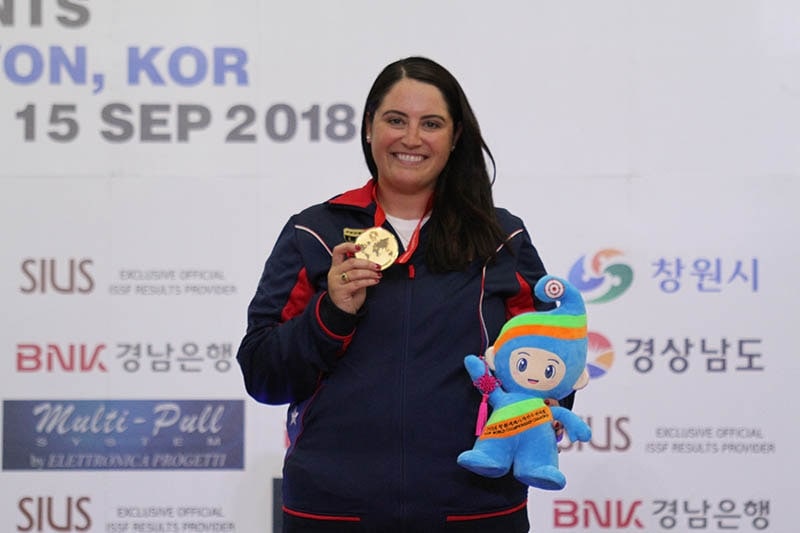 Caitlin Connor on the podium after winning gold at the 2018 World Championships. (Photo: USA Shooting)

Caitlin Connor’s journey to the Olympic Games started in her youth. A fan looking up to the likes of Kim Rhode as she began shooting in the 4-H program, years later Connor now calls Rhode a teammate. Competing alongside Rhode and representing the U.S. as a member of USA Shooting, Connor has made a name for herself consistently earning podium finishes as a member of the USA Shooting National Team.

Guns.com caught up with Connor to talk about her journey and the inspiration that set her on the path to success.

GDC: What brought you into the competitive shooting world?

Connor: I started shooting through 4-H Shooting Sports in Louisiana, that’s where I’m from. I started with that then that led to the Scholastic Clay Target Program.

GDC: It seems like those programs are the start for a lot of future competitors. What really set you on the path towards Olympic stardom?

Connor: I went to the SCTP National Championships and that was in 2006. I met Kim Rhode there. She was a three-time Olympic medalist at the time. On the plane ride home I was like, “I think this is what I’m going to do.” I went home and just started training. We built a skeet field and then it kind of went from there.

Connor: Now, I compete right alongside her.

GDC: Has there been a significant moment in competition that stands out?

Connor: Definitely. My most proud moment was the 2018 World Championships. I won the gold, but what was awesome was that Kim took silver and Amber English took third. It was a complete podium sweep by the U.S. That was pretty awesome. 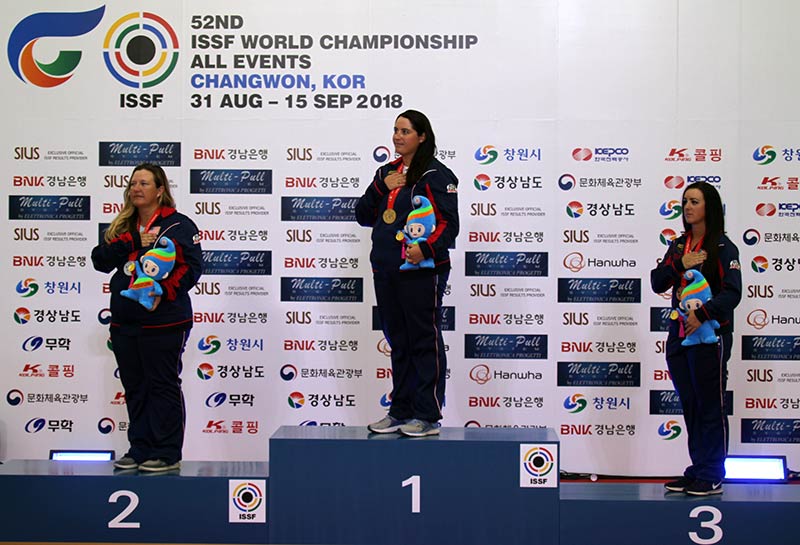 GDC: You mentioned training earlier and I’m curious what that looks like for you? Seems like everyone has their own take on how much time they spend knocking targets out of the sky.

Connor: When I am getting ready for a competition, I train three to four days a week. I’m out there for a few hours.

GDC: How many rounds do you think you shoot per training session?

Connor: It just depends on what I am really working on and getting ready for. On average, I shoot between four rounds and ten rounds at a time.

GDC: Finally, you mentioned Kim was an inspiration to you but now you’re taking on that role as inspiration for other young shooters. What advice would you give to someone who looks up to you?

Connor: You can’t be scared. You have to get out there and really try (competing). Our sport is really open and whether it’s shotgun, rifle or pistol you just got to give it a chance. Have fun and don’t be afraid to try it. 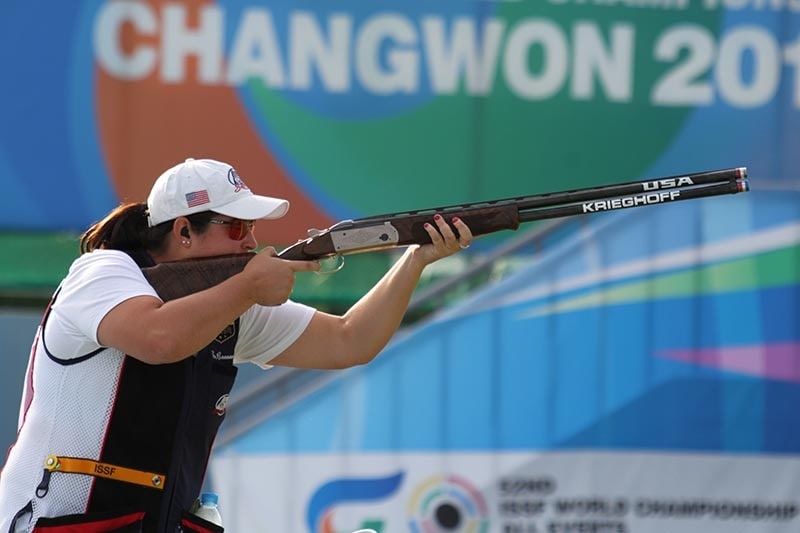