Revolvers land in the hands of many new shooters due to their ease of use and efficient maintenance. Wheel guns, as they are commonly referred, feature a standard 5 or 6-shot capacity with calibers ranging from .38 Special all the way to .410 shotshells. For the intrepid concealed carrier looking for a backup gun or even a primary gun to carry, hammerless revolvers bring with them a sense of reliability paired with concealability. 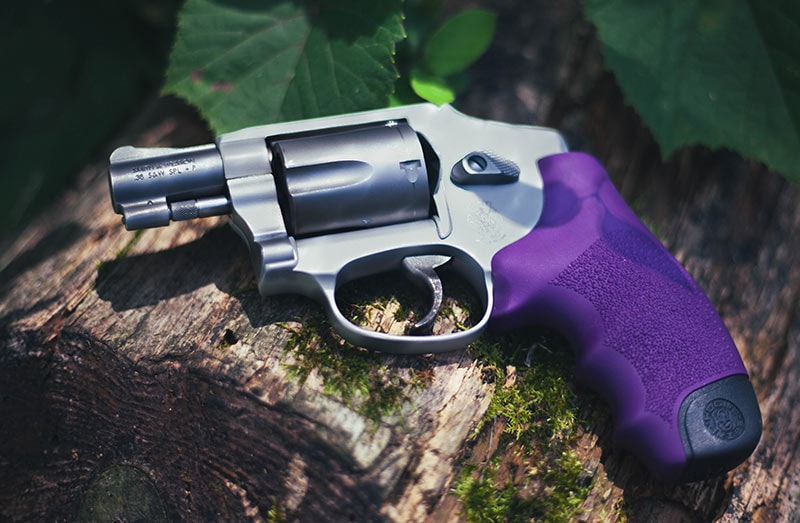 Kicking off the list is the Smith & Wesson 642 Airweight. Chambered in .38 Special, this fun, little J-Frame style revolver is capable of tackling +P ammunition for little more wallop in the concealed carry arena. A 5-shot wheel gun, the Model 642 Airweight features a double-action design with fixed sights. Constructed from stainless steel and aluminum alloy, the Model 642 earns its “Airweight” moniker. Weighing in at 14.4 ounces, the gun measures a total 6.3-inches in length introducing a very light and manageable design.

The Model 642 feels great in the hand. Out of all the models I tried out from the Guns.com Vault, the Smith & Wesson was by far the most comfortable. I’m not one to sit and plink with a revolver but I found myself truly enjoying my time at the range with the Model 642, slinging .38 Special down at paper targets. The hammerless construction benefits from a snag-free design ensuring nothing gets caught on the draw and the lightweight build helps it rest comfortably in a holster.

Created as a small-frame defense revolver the Model 642 fills that niche perfectly. For shooters who want a reliable back-up gun or those tethered to revolvers, the Model 642 is a great option. The Model 642 retails for $469. 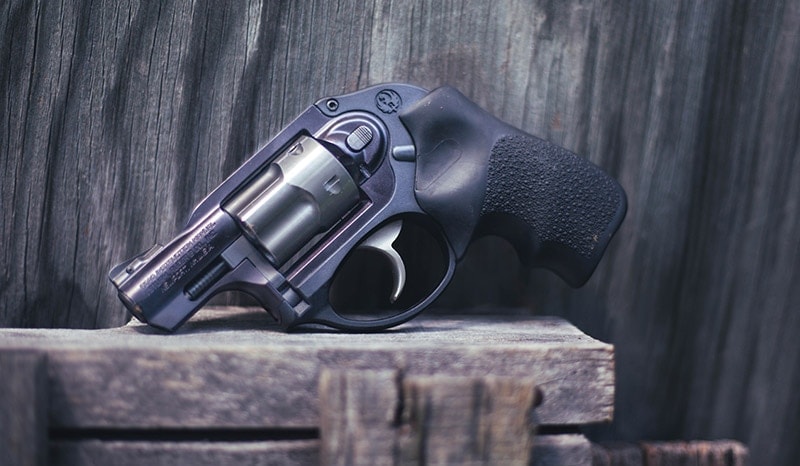 The Ruger LCR, also chambered in .38 SPL, is a direct competitor to the Model 642. (Photo: Jacki Billings/Guns.com)

The Ruger LCR, or Light Compact Revolver, debuted in Ruger’s inventory in 2009 as a direct competitor to Smith & Wesson’s Model 642 Airweight revolvers. Like the Model 642, the Ruger LCR features a hammerless design created to offer a snag-free function as a back-up or primary concealed carry gun. The particular model I tested from the Guns.com inventory happened to be chambered in .38 Special; however, Ruger offers a variety of calibers to include the power packing .357 Magnum.

The LCR sports a stainless-steel cylinder with PVD finish and a pinned ramp front sight with white bar. Weighing in at 13.5-ounces, the 5-shot LCR measures 6.50-inches in overall length and is capable of firing +P rounds. Like most revolvers, the LCR proves fairly easy to maintain though it can offer some difficulties when it comes to shooting. This isn’t necessarily relegated to just the LCR as snub-nosed revolvers are notorious for taking some time to learn to shoot efficiently, but I felt like I struggled to manage the recoil on the LCR more so than the Smith & Wesson Model 642. An expected consequence of a small, lightweight gun, the recoil isn’t a deal-breaker, but it did require more time and focus to master.

All in all, the Ruger LCR proved reliable fitting perfectly into the concealed carry or back-up gun family. The LCR is a little pricier than the Model 642 Airweight by Smith & Wesson, with the Ruger LCR retailing for $579. 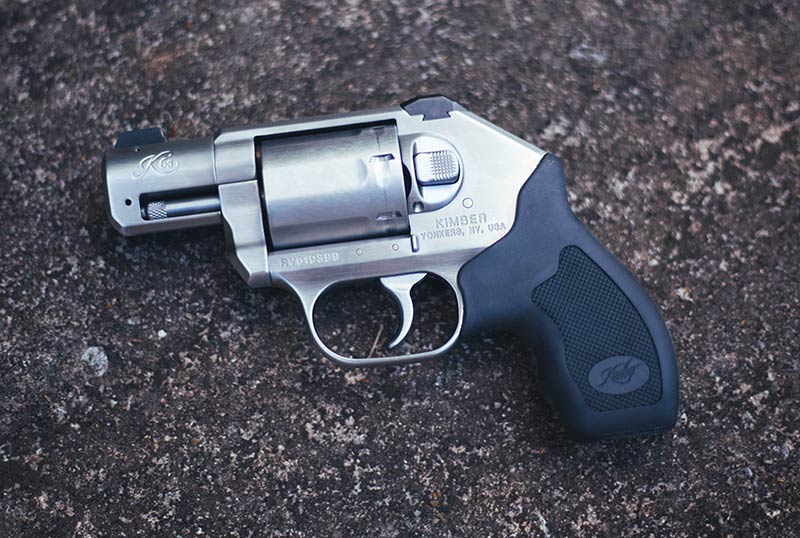 Rounding out our list of snub-nosed revolvers from the Guns.com Vault is the Kimber K6S. The mightiest snubby on the list, the K6S comes chambered in .357 Magnum with a 6-shot capacity. Weighing 23-ounces, the Kimber measures 6.62-inches in total length with a stainless-steel frame and rubberized grip.

While the K6S offers power, the offset is recoil. Unlike the LCR, which proved manageable, the Kimber K6S can easily tear up hands if shooting volleys of rounds downrange. While the K6S sports a rubber grip, unfortunately, it doesn’t do much in the way of recoil mitigation. In fact, after shooting just 20 rounds through this revolver, I had to slip on a pair of shooting gloves because the force of the recoil had rubbed a dime-sized hole in my palm.

What the K6S loses in comfort, though, it makes up for in power. That .357 Magnum round means business and as such, this little revolver proves to be a veritable option for concealed carry. It’s worth noting the Kimber K6S is the most expensive handgun on our roundup, retailing for $899. 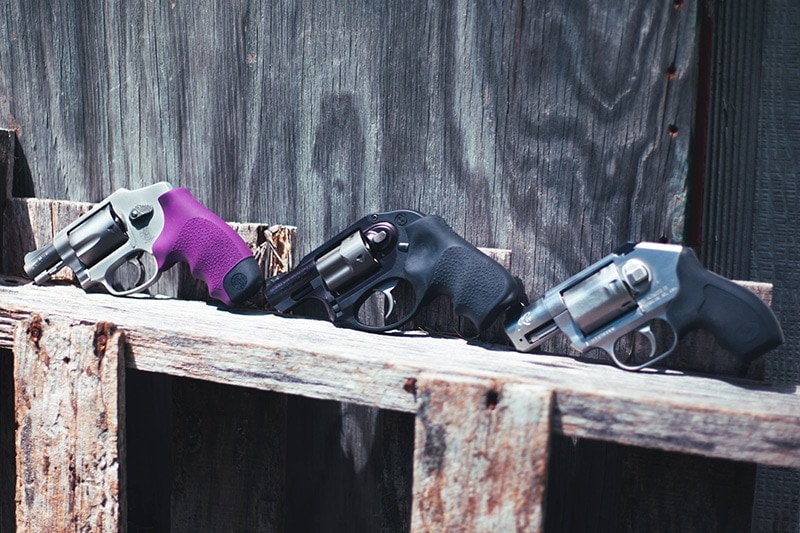 The Smith & Wesson Model 642 Airweight, Ruger LCR, and power-hungry Kimber K6S, each bring a hammerless, snub-nosed style to those interested in concealed carry or back-up guns. Available at Guns.com, you can’t go wrong with any of these revolver models.