Modular AR-alternatives: The World of the SCAR, ACR, ARX, etc

Futuristic and versatile, the 21st Century has seen a broad field of lightweight, modular rifles and carbines that have gone on to success and give the AR some still competition.

Speaking of the AR platform, many of these guns came about as part of a pair of Pentagon programs. This included the 2004-era Special Operations Forces Combat Assault Rifles program and the later 2011-era U.S. Army Individual Carbine competition, the latter intended to find a successor to the M4 carbine. These guns, which have seen varying levels of adoption, typically feature more ambi controls than the AR, low recoil, are easy to maintain, increased reliability, and are modular in the sense that that the user can typically swap barrels and/or calibers.

The SCAR has been a hit on the international military and law enforcement market, seeing adoption by more than 20 countries. Meanwhile, semi-auto variants have proved popular in the consumer market.

The people’s champ when it comes to modern tactical rifles is FN’s SCAR series. First selected and adopted in limited numbers by U.S. Army Rangers in 2007, several SCAR variants soon filtered out through elite U.S. SOCOM units such as SEAL teams and Army Special Forces, seeing combat in Afghanistan and Iraq. These select-fire versions included the 5.56mm NATO Mk 16 (SCAR-L), 7.62mm NATO Mk 17 (SCAR-H), and Mk 20 (Sniper Support Rifle). Using a short-stroke gas system that did not rely on the same buffer-tube required by the AR-pattern rifle, the SCAR can use folding buttstocks. 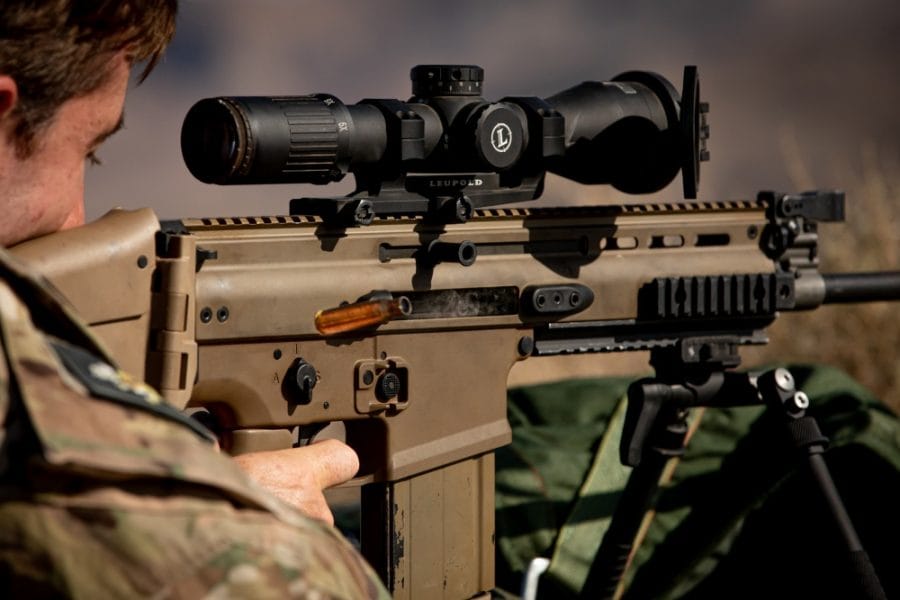 Check out our own deep dive on the SCAR 17S, below.

Back when Magpul was still in their first generation of PMAGs and located in a state that rhymes with avocado, they came up with a concept rifle dubbed the Masada.

This design, using a short-stroke gas piston and rotating bolt, soon traveled over to Remington in 2008 who later began marketing it as a contender for the Army’s next new gee-whiz rifle. These days, variants of the Adaptive Combat Rifle (ACR) are marketed by both Remington Defense (select-fire) and Bushmaster (semi-auto) chambered in 6.8 Remington SPC, 5.56 NATO and .450 Bushmaster. Also, they tend to run a good deal less than a comparable SCAR.

BUSHMASTER ACR IS GOOD TO GO

The Beretta ARX series has seen adoption by the Italian military and others.

The Italian solution to replace legacy rifles such as the BM59, Beretta has supplied AR70/90s to the Italian Army since 1992 and started deliveries of the more advanced ARX versions in 2007. Both are in 5.56mm while the ARX200 is chambered in 7.62 NATO. On this side of the pond, the semi-auto ARX-100 is available in 5.56 on the consumer market while the ARX-160 runs .22LR. Like other systems noted in this article, the ARX was a contender in the U.S. Army’s ill-fated Individual Carbine program.

The CZ BREN 2 is offered in several calibers and is seeing increased use with European military customers. It is specifically built to switch between calibers and even magazine systems easily. (Photo: CZ)

In the Czech Republic, the very SCAR-ish BREN 2 multicaliber rifle was developed to replace the Czech Army’s Cold War-era Vz. 58 rifles and has also gone on to replace neighboring Hungary’s FEG AMD-63 Kalash pattern guns. The BREN is offered in both 5.56 and 7.62 NATO. Here in the states, CZ USA sells a ton of different rifles but sadly, not a semi-auto version of the BREN at this time, although the blowback-action Scorpion EVO 3 S1 pistol caliber carbine is available. 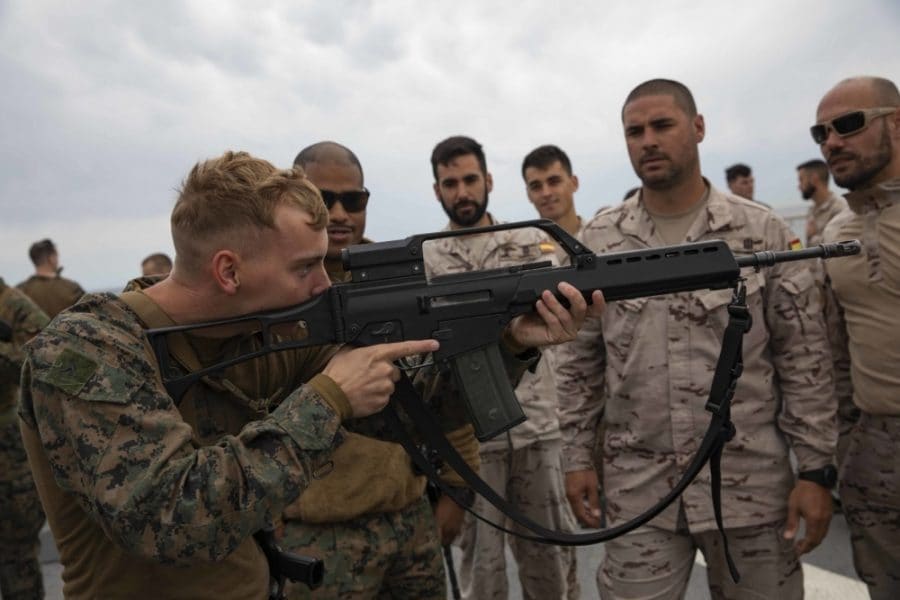 Using a short-stroke piston and rotating bolt, not roller-locked like the company’s previous designs, Heckler & Koch designed their 5.56mm NATO G36 carbine to replace the German Army’s legacy 7.62 NATO G3 battle rifle in 1995. Although a futuristic design, it still had less “space magic” than the company’s largely unsuccessful G11 or XM8 designs, which bookended the G36 program. HK has tried selling semi-auto versions of the G36 in the U.S., such as the SL8, while the more standard G36 continues to be pitched to military and LE users.

In Poland, the Radom FB company has been developing the Modulowego Systemu Broni Strzeleckiej GROT. While the Polish military has ordered something like 50,000 of these, and FB hinted at U.S. production for the consumer market in America as far back as 2015, these are currently unobtanium here in the States.

Finally, in China, a new modular combat rifle has been making the rounds in state parades. You know what they say about imitation…

Here’s the latest on a new Chinese assault rifle seen during the recent military parade; ‘This gun is deployed wide…