Sharing the Remington 700 Love: Four of Our Favorite Models 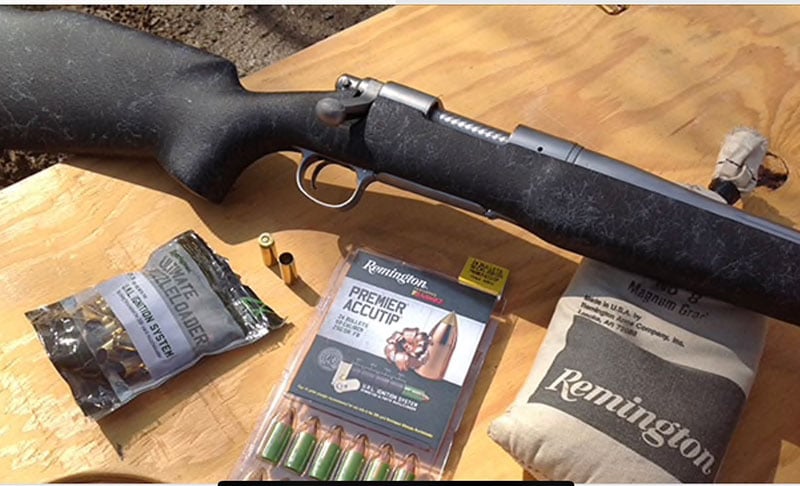 Remington’s Model 700 Ultimate Muzzleloader (UML) was one of the first of its kind: a bolt action black powder gun driven by essentially a primed shell called the U.M.L Ignition System and advertised to shoot accurately to 300-yards. (Photo: Kristin Alberts/Guns.com)

Springing from the company’s Model 721 and 722 bolt-action platforms, the Remington 700 has been in constant production since its introduction 58 years ago in 1962. There have been more model variants, finishes, calibers, barrel weights, and overall styles than there are spaces in the gun safe. While it may be difficult to choose, like anything, we have our favorites among the extended roots of the 700 family for hunting, collecting and general merriment, and here are four of our top choices.

The sleek BDL is a classic. (Photo: Guns.com)

An easily recognizable deer hunting rifle, the Remington 700 BDL features a high-gloss finish, black grip cap, and forend tip, and skip-line style checkering. Where the ADL has a blind magazine, the BDL model had either a hinged floorplate or a dropbox magazine.

Though pricier than the base model 700, those extra dollars yield better looks on top of the added functionality. The Monte Carlo stock gets the shooter’s eye in line with the optic. Iron sights come standard, with the majority wearing a hooded front sight. The gun is a looker, and its appearance essentially defined the look of deer rifles for generations with many BDLs making their way to the woods each hunting season. It’s difficult to track all the calibers ever chambered in BDL rifles, but suffice it to say, it’s at least three dozen.

Born of the success of the BDL, which stood the test of time, Remington’s CDL has become a well-respected model in its own right. Where the BDL is all shine, Monte Carlo and eye-catching gloss blueing, the 700 CDL tones things down while building on the same accuracy and durability. The CDL’s satin finish and flat comb, slimmer stock lines and matte blueing are perhaps more utilitarian than the deep-polish blue of the BDL. Gone are the iron sights but added are options in a solid stainless receiver and barrel.

For those preferring to shop new instead of used, Remington’s current iteration of the rifle is the CDL SF. The CDL SF makes use of a fluted stainless-steel barrel and also uses the company’s X-Mark Pro externally adjustable trigger. The caliber list includes for a new rifle includes several interesting choices, like .257 Wby, .25-06 Rem and, of course, 6.5 Creedmoor.

The Thumbhole variant of the 700 VLS. (Photo: Guns.com)

Varminter hunters targeting everything from prairie dogs to coyotes have embraced the Model, but with the addition of the small-critter-specific Varmint Laminated Stock Model 700, Remington further cemented that relationship. Since its introduction, the VLS has also added thumbhole and stainless-steel variants, with additional letters to the moniker.

Regardless, the bottom line of the 700 Varminters is longer, heavy barrels—the majority are 26-inches in length, laminated furniture with a wide and flat beavertail forend and, ultimately, offer longer-range accuracy on a heavier all-around rifle. The 700 VLS starts at just over 9-pounds bare. Add a scope, bipod, and some ammo, and you’ve got a decent bench rifle. Additionally, the VLS with its adjustable trigger is capable of excellent accuracy. Calibers are geared to the small-game hunters and shooters: .204 Ruger, .223 Rem, .22-250 Rem, .243 Win, and .308 Win. 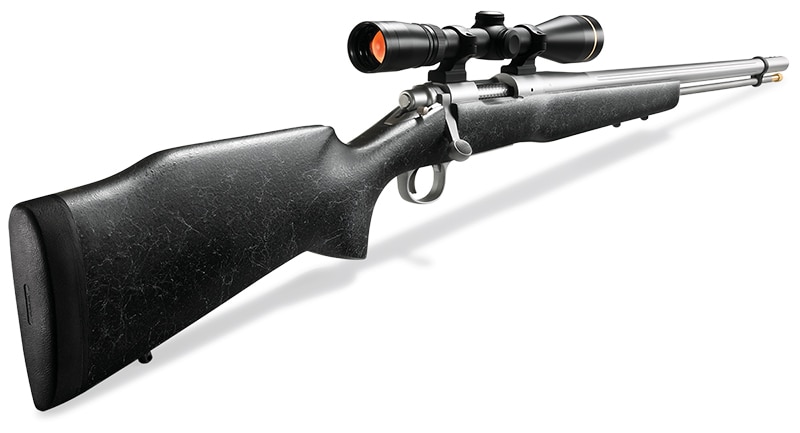 While all the Model 700 rifles are bolt-action, they’re not all traditional centerfire metallic cartridge guns—enter the UML. Looking like a centerfire bolt gun, the Ultimate Muzzleloader uses a closed breech system.

The UML ignition system requires a “uniquely-sized” brass case primed with Remington 9-1/2 large magnum rifle primers. These “rounds” are push fed into the breech by the bolt, creating a gas seal with the flash hole of the primer. Though certainly unconventional in the black powder realm this, theoretically, allows greater ignition, power, and range.

The company considers the UML a “super magnum” .50 caliber with a longer lethal range due to a two-part tag-team between the proprietary ignition system and special bullets. The rifle recommends the use of 250-grain Remington Premier loads with Barnes bullets and 200-grains of Triple Seven pelletized powder. Because the UML is built on the 700 action, this particular muzzleloader requires completing a Form 4473.

From small vermin to the biggest game North America has to offer, some variant of the Remington Model 700 bolt-action rifles have taken down game and shared adventures with this country’s hunters. The current production count sits at over 5 million. If you don’t already have one, or several, in your collection or hunting arsenal, now is the time to shop the used racks for classics and new racks for some steals left behind by hasty holiday shoppers.

Plus, can you think of a better Valentine’s Day gifts for yourself or your love than a fine rifle?