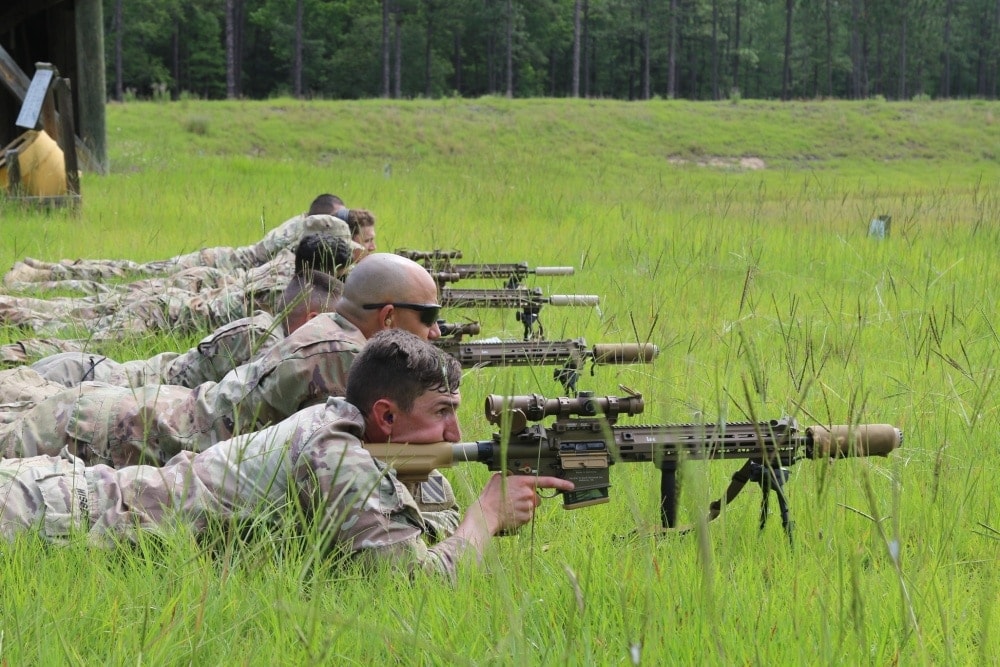 The U.S. Army has confirmed they have fielded the first batch of Heckler & Koch-produced M110A1 Squad Designated Marksman Rifles this month.

The SDMR, a variant of HK’s 7.62 mm NATO G28/HK417, was selected in 2019 by the Army who will eventually receive between 5,000 and 6,000 systems, which will filter down to the squad-level when fully fielded. The 3rd Infantry Division’s 1st Armored Brigade Combat Team, based at Fort Stewart, Georgia, was the first in the Army to receive the M110A1. The rifle is intended to fill the gap between the standard 5.56 NATO M4 and a dedicated sniper platform.

“The whole intent for this is new equipment training,” said David Parris, a former infantry Soldier, and one of the civilian experts from the Army’s Tank-automotive and Armaments Command, which helped field the guns. “We have given them a rifle that is precise and capable of closing the capability gap of 300-600 meters, which means it fills the maximum firing distance gap between the standard-issue rifle and the sniper rifle.”

“This weapon is an upgrade to the whole squad layout, and you can even work it in to combined arms warfare,” said Sgt. Patrick Nissen, a 3ID scout. “I shoot long-range, both in the Army and recreationally, and I really like getting down behind this weapon, it is very comfortable, it is a great rifle, and I really do enjoy it”