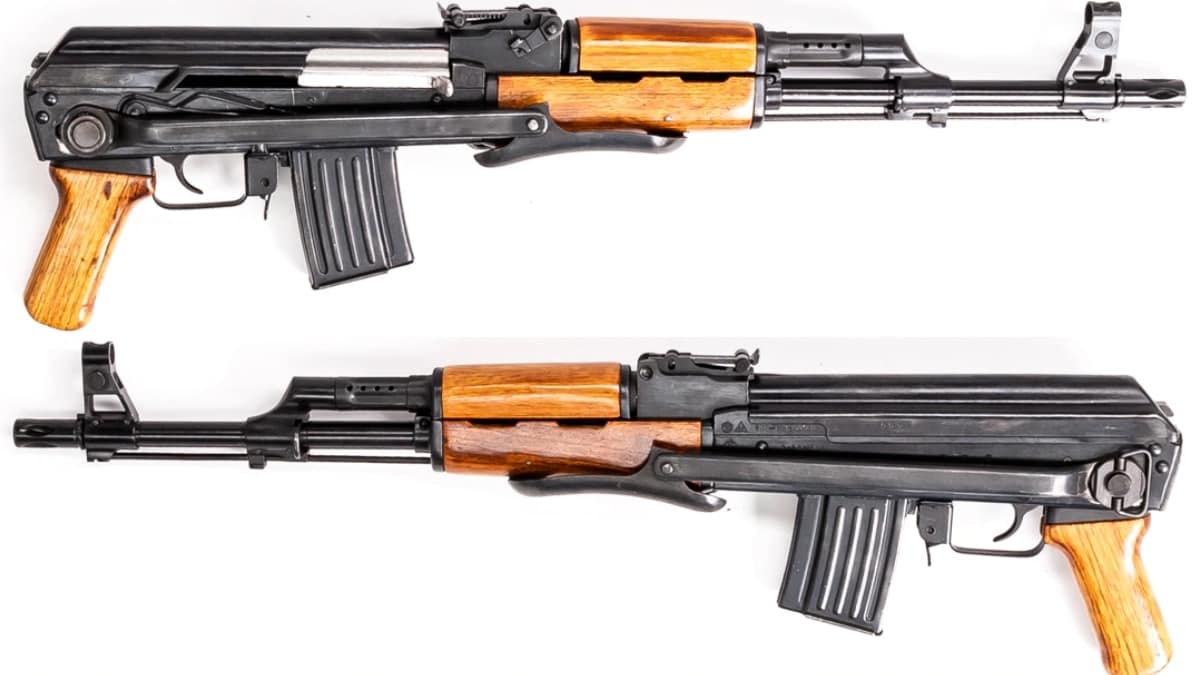 This beautiful Norinco Type 84S-1 AKS available in the Guns.com Vault is a Chicom-made underfolder that was only imported in 1989. (All Photos: Guns.com)

Gather round and hear a tale of an extremely rare .223-caliber AK-style semi-auto rifle that was only imported for a single, controversial year.

With the U.S. appetite for Kalashnikovs initially whet by the early shipments first of Finnish Valmets and then of Steyr-imported Egyptian Maddi ARM rifles, by the time Red Dawn hit theatres in 1984, the hunger had grown to omnivorous proportions. The problem was, the Valmets and Maddis were expensive at the time, running $700 and up in 1985 dollars.

With Valmets always scarce and Steyr no longer bringing in Maddis, eyes turned to Bejing and a variety of Chinese-made semi-auto Type 56 AKM-style clones, marketed under banners ranging from B-West, Poly-Tech, Clayco, Norinco and others, started to flow into the country around the same time. Largely new-in-box production and meant just for the overseas market, the only tweak done before clearing customs in the U.S. was to gain an import mark. Seen as something of the Rodney Dangerfield of the AK offerings at the time, these guns could be had for under $400.

China Sports, Inc.– located in Ontario, California of all places– introduced a couple of new Norincos to the market in late 1988, notably chambered in calibers other than the traditional AK 7.62x39mm. This included the 5.45x39mm Type 88 and the Type 84S AKS in .223 Remington. The Type 84S was to ship to FFLs in one of four variants: a standard fixed wood stock model, the 84S-1 with an underfolding stock, the 84S-3 with a composite fixed stock, and the 84S-5 with a side-folding metal stock, with the last three only imported in 1989. 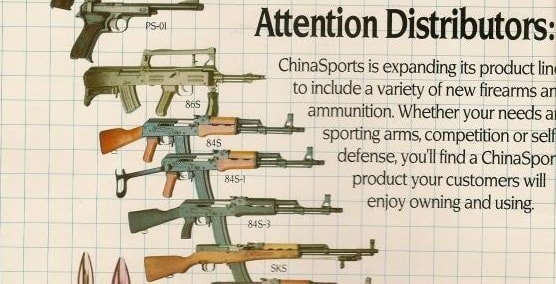 To be sure, the Norinco Type 84 was not the first AK variant imported to the U.S. in .223, as the Valmet M71/S was brought into the States in small numbers as far back as the mid-1970s– even appearing in early circa-1980 episodes of Magnum, P.I— but the Chinese gun promised to be both cheaper and more available.

The Type 84 rifles, typically made at State Factory 66, all used a 16.34-inch barrel and a birdcage-style flash hider shipping complete with 30-round mags, a buttstock cleaning kit, and a “spiker” bayonet. 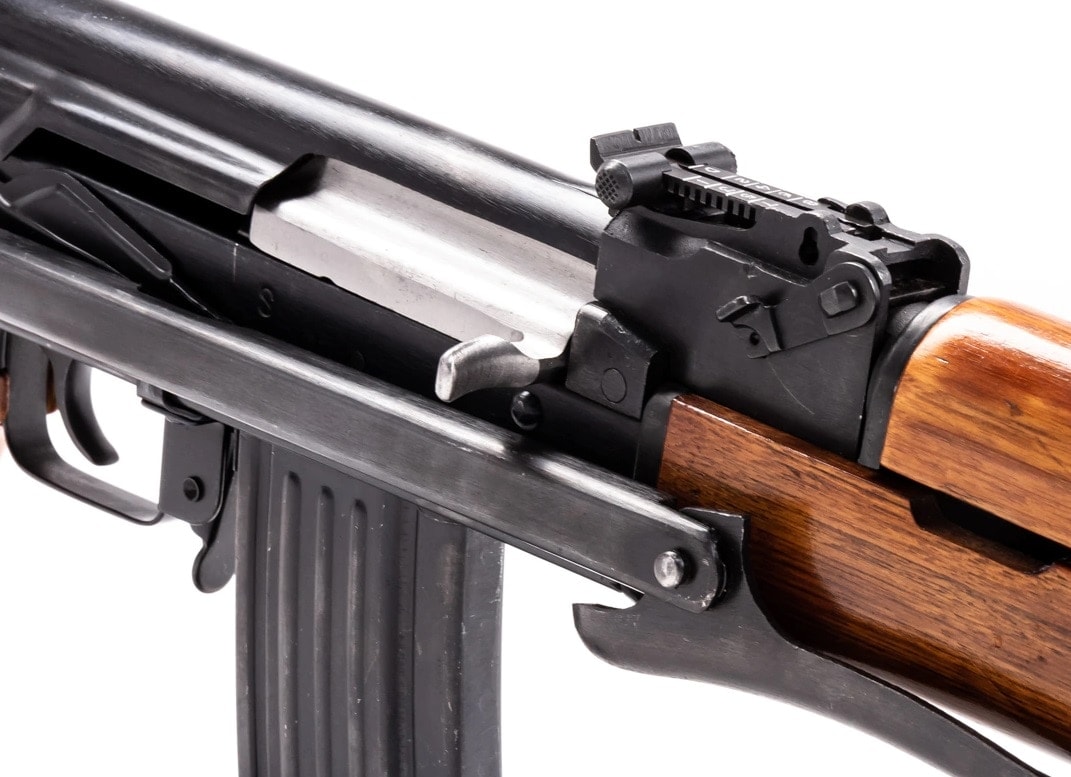 The metal Norinco Type 84 factory .223/5.56 ribbed magazines are extremely hard-to-find these days, with prices topping out as high as $200 per mag. A popular hack for Type 84 owners who like to shoot is to mod more commonly available polymer Bulgarian Circle 10 or Pro-Mag 5.56 Kalash mags to fit– but of course, your mileage may vary. 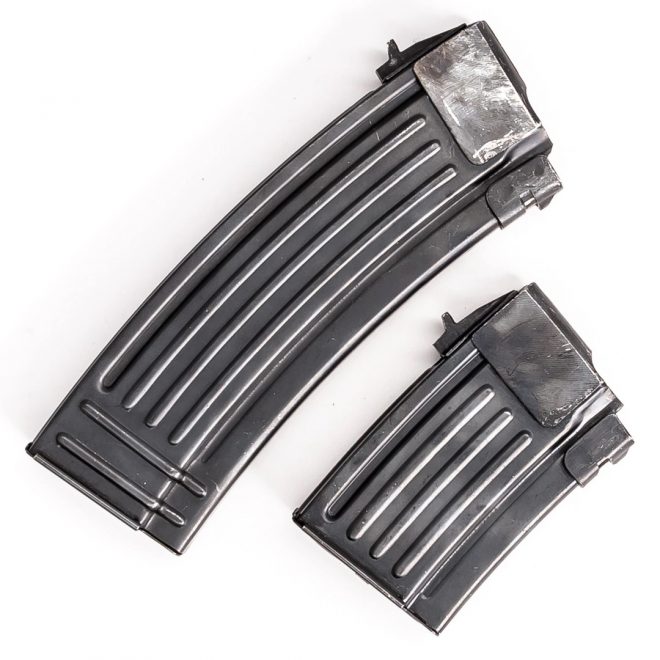 The example we have in stock includes a 30-round mag and a pair of 10-rounders. 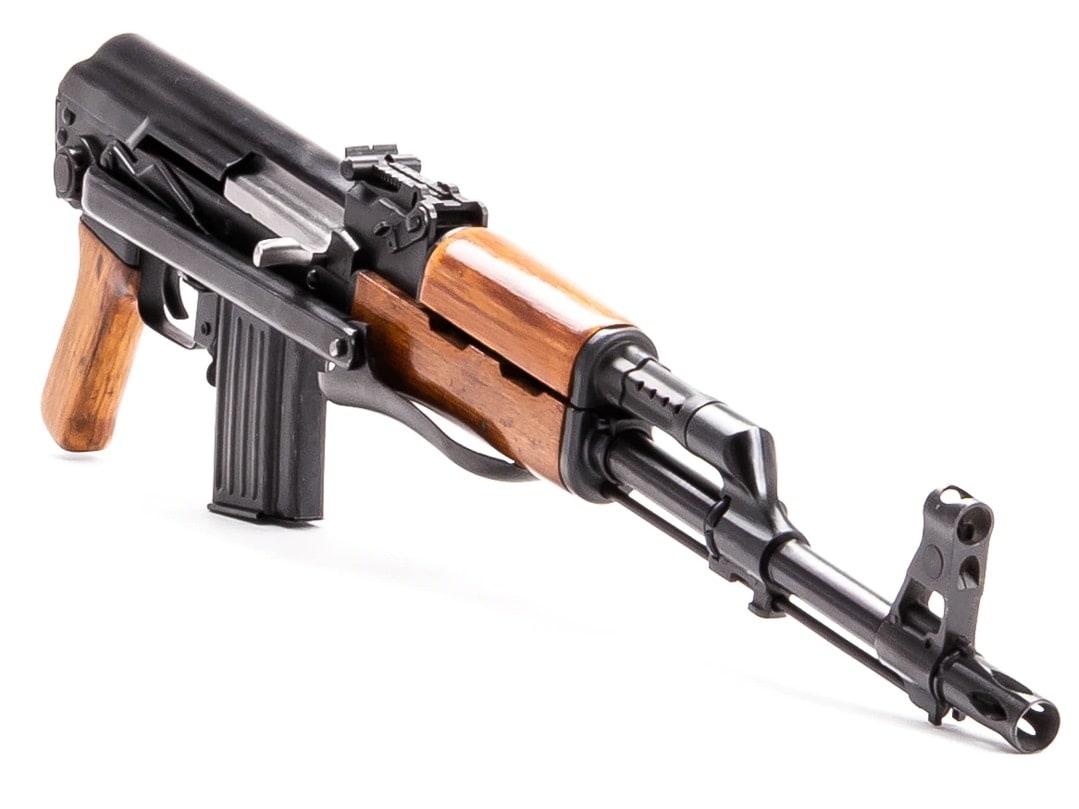 If you note, the Type 84 has a bayonet lug– a feature deleted from later Post-89 MAK-90 thumbhole stock guns. 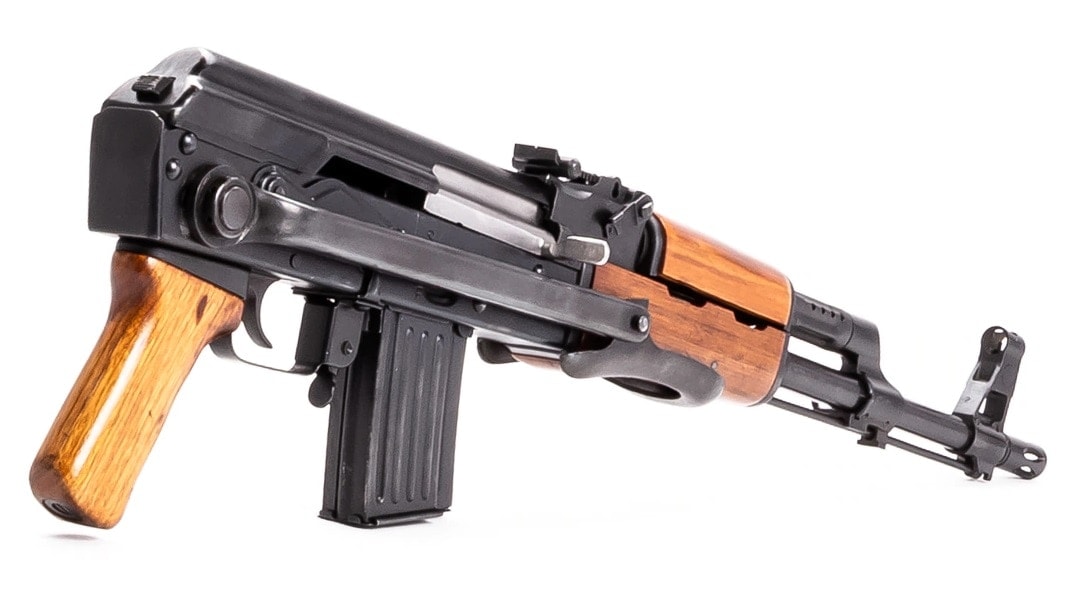 When they first hit the market in 1989, China Sports was selling Type 84 guns at an MSRP so low–$350– that the market price was around $275. If we had a time machine we would go back and buy the whole boatload!

Then the bottom fell out of the import semi-auto rifle game after the President Bush-era Bureau of Alcohol, Tobacco and Firearms in July 1989 dropped the hammer on bringing in 43 types of popular firearms by name, ranging from UZIs to the enduring Valmet Hunter, with the Chinese AKs included. This shut the door on the Type 84. Subsequent bans on Chinese-made firearms in 1994 kept it shut.

Today, of course, Bulgarian, Romanian, and Yugoslav-built Arsenals, Cugirs, and Zastavas are available in .223/5.56 while several domestic AK builders also crank out their versions in the same chambering. But they just aren’t the short-lived and, now very collectible, Norinco Type 84S.

SEE DEALS ON ALL THE FUN GUNS

If you like interesting guns like the Type 84 with a neat history behind them, head on over to the carefully-curated selection of firearms in our Military Classics and Collector’s Corner sections and see if you find anything that is the bee’s knees.

Have an old Norinco or something similar that you aren’t a fan of any more? Let us make you an offer!