Ever built and shot a PVC-tube based potato gun in your backyard? Even if you personally haven’t, odds are you have seen it done. Now imagine that the Nazis are coming and you and your buddies are being mobilized to fight them off, “on the beaches, on the landing grounds, on the fields and in the streets.” The thing is, the Nazis have tanks and lots of them. And all you have is a hopped up spud gun that fires a Molotov cocktail to even the odds.

They called it the Northover Projector.

In June 1940, Britain was in a pickle. She had entered the Second World War with a number of allies just ten months before. In those ten months, Hitler had marched through seven of these countries leaving Britain to stand, alone, against Nazi Germany in 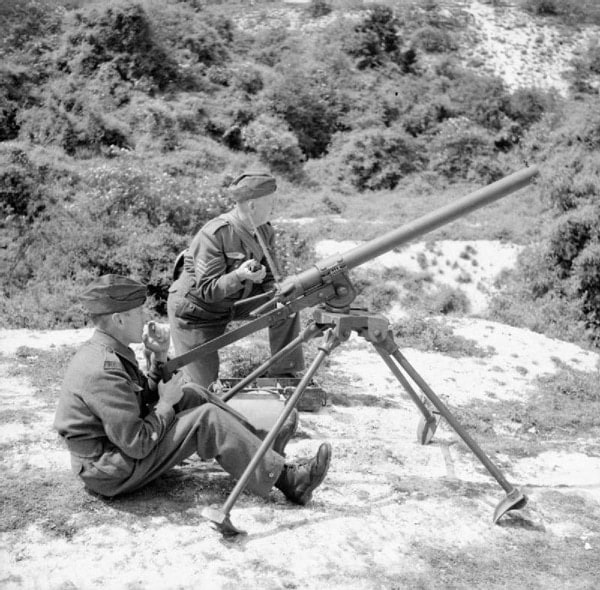 its push westward. The only thing that separated the UK from the hordes of stormtroopers was the 21 narrow miles of water in the English Channel. Moreover, the Army had left most of their artillery, machineguns, and anti-tank weapons in France during the retreat from Dunkirk.

Churchill called for volunteers in every town aged 17-65 to come forward and form local units to defend their towns from the imminent Nazi threat. By July, more than 1.5-million of these volunteers signed up and were drilling with pitchforks and shotguns. Called eventually the Home Guard and remembered as “Dad’s Army,” these volunteers needed something that could stop a tank. Moreover, they needed it yesterday.

An officer by the name of Major Robert Harry Northover, recently assigned to help train and organize the Home Guard, sketched out a design of a simple firearm and sent it direct to Churchill for consideration. The gruff old English bulldog ordered it into immediate production.

Design of the Northover Projector 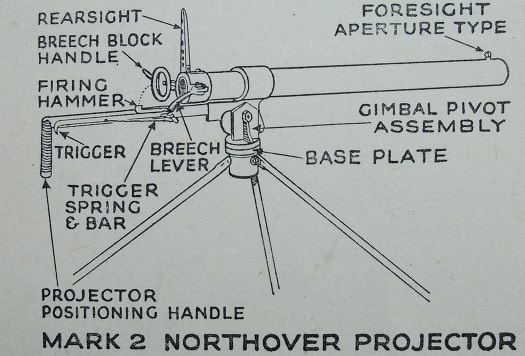 everything else in the Army’s inventory. Constructed of a simple smooth piece of iron drainpipe some 2.5-inches wide, a breech assembly was set on one end to which a trigger was installed. A set of simple sights were fitted to the front and rear of the pipe and a set tripod was attached to the bottom of the affair. It only had about 16 parts, including the three legs and the spade blade attached to each. This meant that it was both cheap and could be produced by semi-skilled labor in great numbers. The Northover Projector cost 10-pounds in 1940 (about $258 in 2011 when adjusted for inflation). 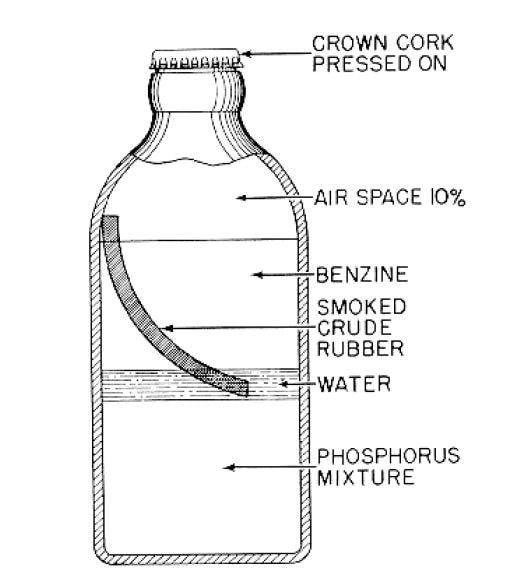 Instead of bullets, shot, or shells, all of which would require a propellant charge strong enough to destroy the pipe, the Northover was designed to fire a Molotov cocktail. This jar of flying fuel-explosive was dubbed the No.76 Special Incendiary Grenade (SIP) and was a repurposed glass lemonade bottle filled with a mixture of benzene, latex rubber, and phosphorus then capped. When the grenade broke, the phosphorous ignited when mixed with oxygen and the whole thing went up rather spectacularly.

To fire it, you opened the breech door, slid in the grenade (or bottle), closed the breech, inserted the percussion cap charge, cocked the hammer lever, aimed, and pulled the L-shaped trigger lever at the far rear of the gun. 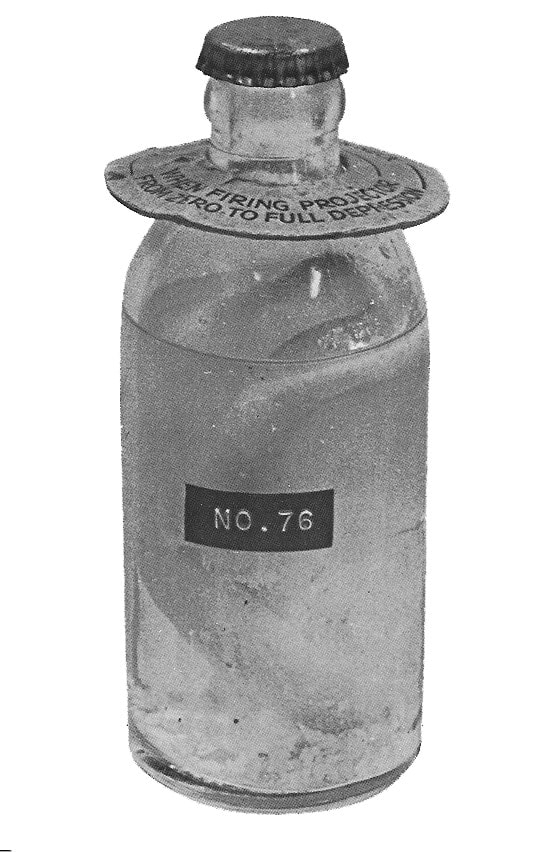 Once triggered, the small black-powder charge went off with just enough force to boot the bomb out of the end of the barrel without breaking the glass, and send it to an optimistic 250-yards away. The fact that several grenades broke in storage and handling, broke in flight, and could break while being loaded, all of which would lead to a pretty rapid incendiary problem in your immediate vicinity, made them less than popular. Thankfully, the gun could also lob regular grenades, if available.

These guns were made with such rapidity that Northovers soon appeared in the hands of Home Guard units who eagerly accepted them. When all you had before was a pitchfork or a double-barrel shotgun, the Northover looked pretty good. 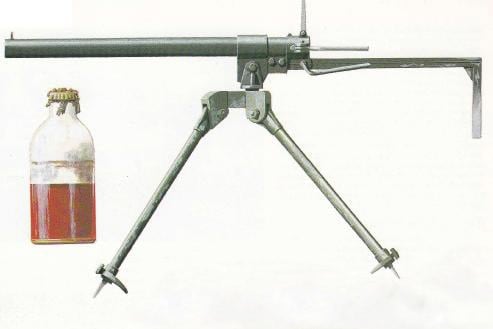 With nearly 20,000 of these guns in service by 1943, they were spread out to every village 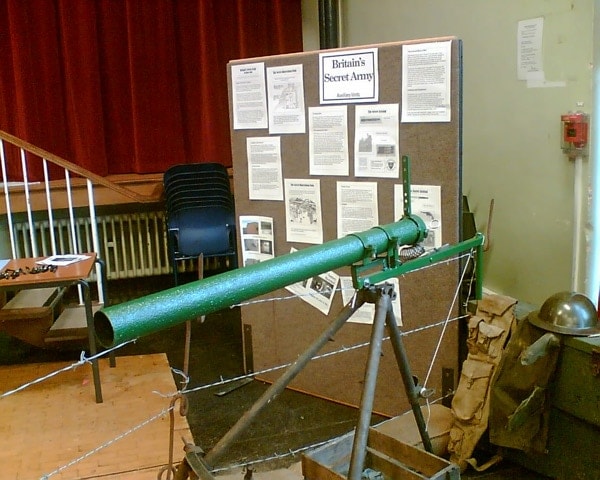 Restored Northover Projector on display by a British historical society.

and town across all of Britain. If the Germans actually had landed, they would have had to face one of these drainpipe nightmares around every corner, and hidden in every dark alley. They were heavy (about 160-pounds), awkward, and downright dangerous, but there was a lot of them out there and with home field advantage. If only 10% of the Northovers were ever used successfully, that would still be almost 2,000 vehicles damaged or destroyed. By 1944 and with the tide of the war turning, these pipe guns were largely withdrawn from service with the Home Guard, replaced by the Smith Gun, the Blacker Bombard anti-tank mortar, and American-supplied artillery.

Thankfully, Hitler never did step over the English Channel and the Northovers were not needed.

Most were discarded and destroyed before the war even ended. A few were kept as museum pieces and some are floating around with collectors in various grades of functionality.

In retrospect, with all of the pending regulations being looked at by gun control advocates, a souped-up spud gun may be all you can have within the next few years when the next set of Nazis come.