In the 1870s, Remington was hurting and they needed something new to help get them out of the hole. Their main rifle, the single-shot Rolling Block, was suffering in sales against new-fangled repeaters by Winchester and Sharps. It was then that they stumbled upon a guy in New Jersey by the name of Keene who had some interesting ideas about bolt-actions.

Why a bolt-action gun? 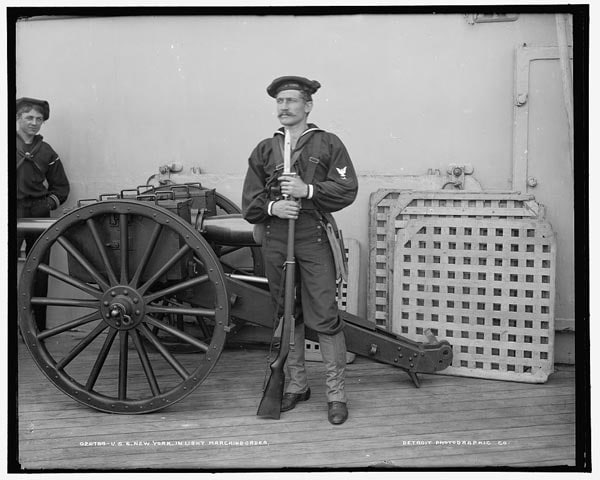 Turn of the century US navy sailor with Lee rifle in landing party gear.

Today we are well versed in bolt-action rifles but in the 1870s, the world was split between lever actions like the Winchester 1873 and single-shot falling block designs. There were a few turn-bolt actions out there, like the Berdan and the 1871 Mauser, but these were single-shot guns as well. What was revolutionary for a repeater was using a turn-bolt that not only loaded and unloaded the rifle, but fed from a magazine. New Jersey based firearms designer John W. Keene had perfected a bolt-action system for a rifle and magazine but lacked the means to produce his gun. This led to a mutually beneficial arrangement and the Remington-Keene repeating rifle was born.

Throughout the 1870s, Keene had filed patent after patent for each part of his system. In fact, by 1877 he had no less than nine of them granted. The rifle itself is not too terribly different from your basic bolt action of today with a few exceptions. It’s fed by a tubular under barrel magazine, which for the time was common. Remember, the Winchester 1873, with its tubular mag, was perhaps the best selling repeating rifle in the country at the time.

had to be cocked before firing. With the days of the rifled musket only just hours past, this was seen as a means to easily transition shooters used to the old ways. The bolt action would cycle new rounds from the magazine, eject the spent cartridge from the breech, and cock the hammer all in one motion.

Starting in 1880, Remington made approximately 5000 of these guns, their first bolt-action magazine rifle. 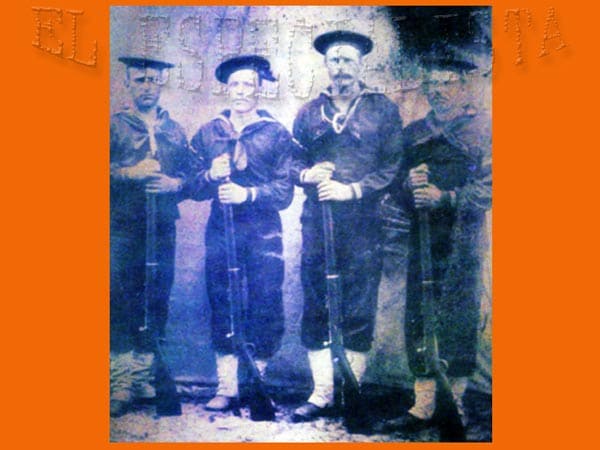 You wouldn’t know it to look at today’s ultra-modern US warships, but for hundreds of years Uncle Sam’s bluejackets stood ready to go ashore in small boats and mix it up with the locals. They strapped on web-gear, grabbed rifles and bayonet, and hefted rucksacks and canteens to become blue-coated naval infantry. Throughout the 19th century and as late as the 1930s sailors regularly drilled in infantry tactics and the ship’s armory held a massive supply of rifles, bayonets, cutlasses and pistols for boarding and landing duties. Large ships would even carry small howitzers and machine-guns on wheeled carriages. With the Navy always on the lookout for modern small arms, they bought 250 specialized Remington Keene rifles on April 16, 1880 for testing. These guns, equipped with a sword bayonet were sold for $26 (which adjusts to $609.25 in 2012 dollars). 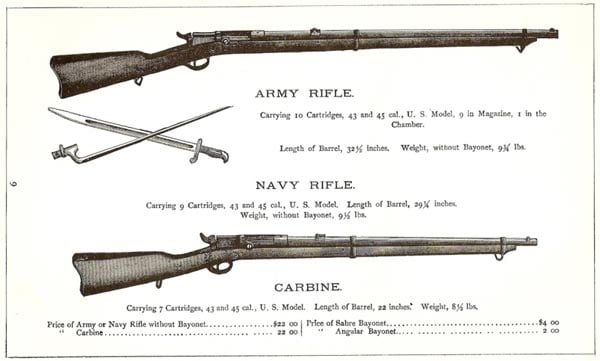 These guns were not popular with the Big Blue and by 1900 had been disposed of after some minor use with the fleet. Likewise, an ‘Army’ gun marketed in .43 Remington was ill received. 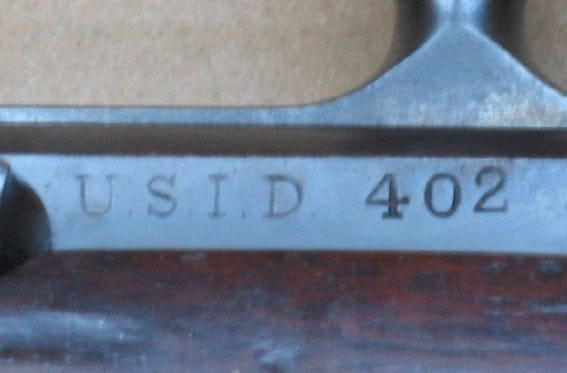 USID marking on the bolt of a Remington Keene rifle.

new (but slow-selling) rifles in a package deal. These weren’t for the military, but instead for the US Interior Department, the department, overseeing what was known then as “Indian Affairs.” These firearms were then passed onto various tribal police agencies in the west. These guns are often found stamped “U.S.I.D” and have 24-inch barrels.

Since military and police sales were tepid, Remington tried offering these guns in ‘Hunter’s’ and ‘Sporting’ grades in .40 and .45 caliber. The result was a rifle with a ‘too-new’ design that was more expensive than a Winchester lever gun.  The outcome was predictable. There was nothing overall wrong with the gun; it was just a case of marketing a product no one wanted. 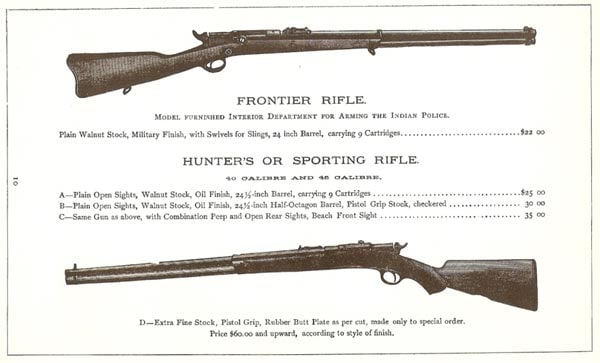 The ill-fated Frontier and Sporter versions.

The cost of the new machinery for the Keene rifles in return for the slow sales, helped push Remington into bankruptcy and when the company went into receivership in 1886, production ended on these guns for good. When they started back up in 1887, they did so with their Rolling Block Remington No. 1 rifles.

These guns are crazy collectable, even if they were poorly received when they were new. Remington collectors covet these rare bolt guns but so do collectors interested in the Old West, tribal police, firearms design history and military arms. The gun proved popular with Hollywood prop masters who, when tasked to produce a high-tech but period correct rifle for Old Western movies, more often than not coughed up a Keene. As such, these guns have appeared in films such as the Sons of Katie Elder, Young Guns II, Joe Kidd, and El Dorado, typically as long-range precision marksman pieces. 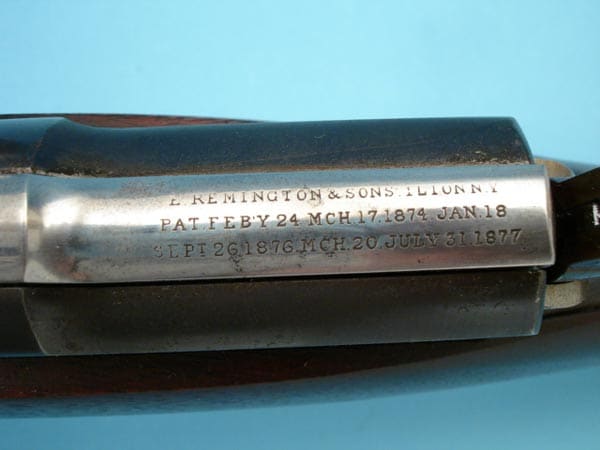 mention to Keene on the gun. Poor Keene himself died in 1880 just as his long worked towards dream was entering production.

Unmarked civilian use models in excellent condition run easily in the $3-4,000 range while those marked as former US Navy or Indian Police pieces will run much higher. Former navy guns are the holy grail of 19th century US military arms collectors. These nine shot .45-70 caliber guns will be 48-inches overall with a 29.75-inch barrel held to the stock by two bands and have “US” and anchor and the proof mark of “WWK.”

With that being said, this humble and forgotten rifle was Remington’s first try at a bolt-action rifle. It’s a good thing it wasn’t their last.