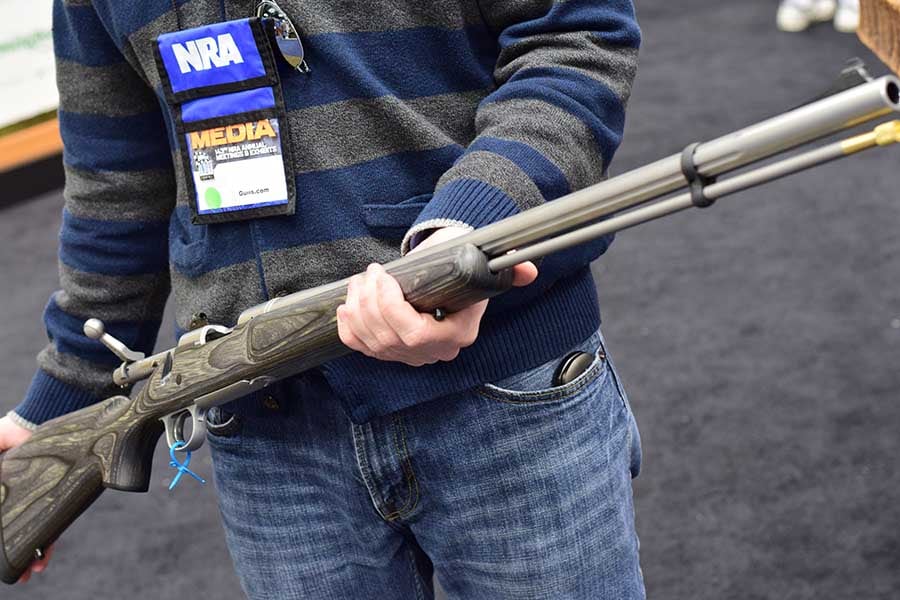 Remington revealed its newest edition to the 700 series line at the the NRA annual convention in Indianapolis.

The model 700 Ultimate Muzzleloader, like previous Model 700 black powder rifles, is built on the time-tested Remington 700 action and differs only in its use of a muzzle-loading barrel.

The Ultimate Muzzleloader uses a closed breech system that provides a cleaner and hotter ignition than traditional muzzleloading rifles. The Accelerated Muzzleloader Performance ignition system uses a Remington 9 ½ large magnum rifle primer push fed into the breech plug to seal the gas from the primer into the flash hole. It allows shooters to load up to a 200 grains of powder for longer, more powerful shots than most muzzleloading rifles can ethically attempt.

The Ultimate Muzzleloader seems to be Remington’s attempt to capture some of the smokeless powder hunting crowd, who are accustomed to the centerfire aesthetics of an R700.