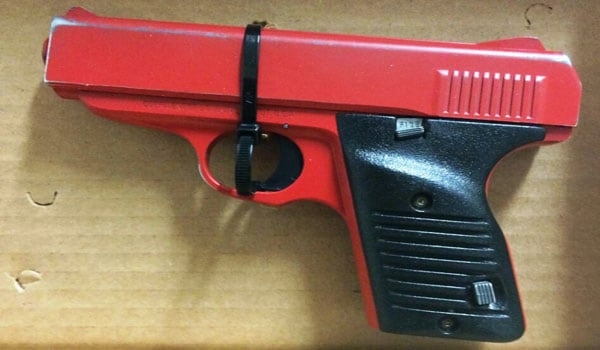 An Ohio sheriff arrested a man carrying drugs and a handgun that looked like a toy gun Friday night, WLWT reported

According to investigators, Orlando Lowery, 23, was found in possession of a loaded .380 caliber semi-automatic handgun that was painted red to resemble a toy gun and 9 grams of crack cocaine.

“We’re so used to the standard blue steel, silver type handguns. We learned that this weapon was actually came from the manufacturer painted that way,” said Hamilton County Sheriff’s Department Maj. Mike Horton.

The arrest came just four days after legislation was introduced in the state to require that lookalike guns be brightly colored or otherwise marked, the Associated Press reported.