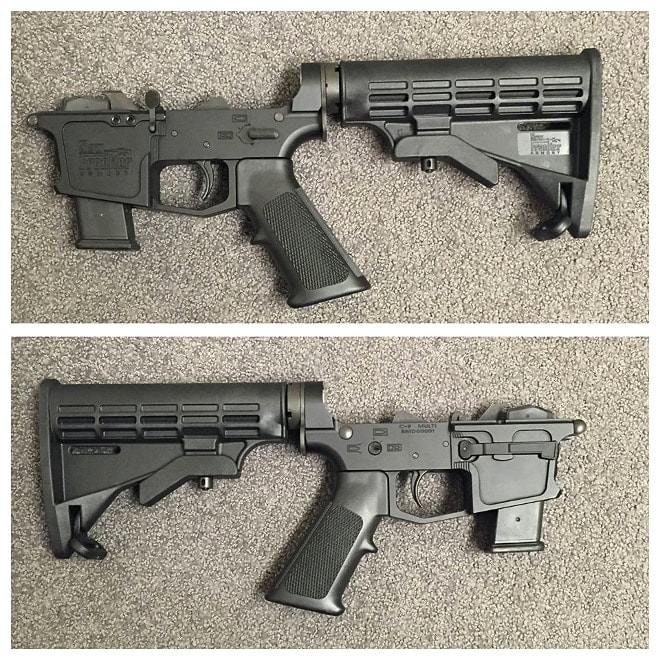 Every day the AR world gets a little bigger. Right now AR-15-pattern rifles are the most popular-selling guns on the market, with AR-10-type guns closing in fast. Pistol-caliber ARs have been on the market for decades but there’s a new standard that’s emerging, pistol-caliber AR receivers that accept Glock magazines.

Glock magazines are cheap, easy to find, durable and available in a wide spread of capacities from full size pistol mags to extended machine pistol mags as well as in reduced capacities for places that have restrictive gun control laws. There are even Glock-compatible drum magazines out there.

But while the mags are cheap the receivers are not. AR lowers that accept Glock magazines fetch a price premium and commonly run over $200, closer to $300. The New Frontier Armory wants to change that and if they deliver on their promise, they’ll succeed.

The New Frontier Armory plans to launch the C-9 machined billet aluminum Glock mag lowers at a price that’s going to put some hurt on the market with a $169 MSRP. Even if retailers list them at full price that’s a huge savings over competing models.

Still, this is just a teaser and not all the details are available yet. The price may not be final but even if it’s close this will be an appealing option to anyone building a pistol-caliber carbine, short-barreled rifle or an AR pistol.

According to the New Frontier Armory announcement the company is well into production, with a batch of the receivers ready to be anodized and availability expected sometime mid-July. They work with standard 9mm AR uppers but, like other Glock mag lowers, require modified bolt components. Those, too, will be sold “for a much better price than anything out there,” and they will also offer machining of existing parts as a low-cost service.

It’s safe to say this summer’s gonna get hot.