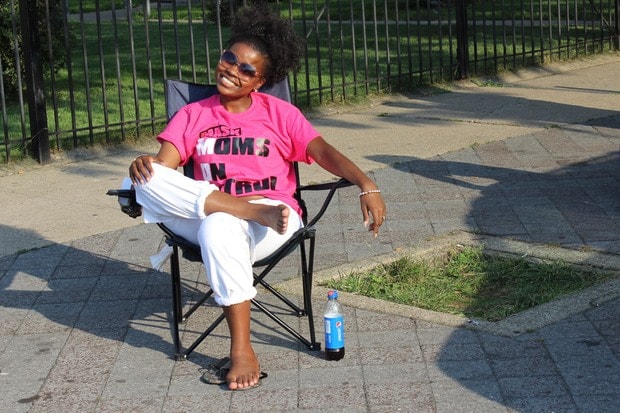 Tamar Manasseh hits the streets every day around 4 p.m. and camps out for about four hours. (Andrea V. Watson/DNA Info)

A group of determined moms have been patrolling the streets in the Englewood neighborhood of Chicago in an effort to reach out to local kids and ultimately reduce violence. And in the more than five weeks since the impromptu program launched, not a single shooting has occurred where the moms have set up camp, according to DNA Info.

But Manasseh admits their game plan – hoping that no one wants to commit violence while mothers’ eyes are watching them – is a gamble. Yet so far, the odds have stayed in their favor.

The group of women set up on a street corner, packing grills and hotdogs, making their presence and determination for change known. Manasseh said the community knows they’re trying to do something good and they continuously get the nod of approval from passersby.

Unlike some groups, Mothers Against Senseless Killings doesn’t blame guns for the violence. Instead, they see the city’s shooting epidemic as merely a symptom of the real problem, which can only be solved with a change of mindset, Manasseh said, and not by just simply taking away the guns.

“This is about mothers reconnecting with children that haven’t been mothered that much,” Manasseh said. “Take away the guns, and they’re just kids.” 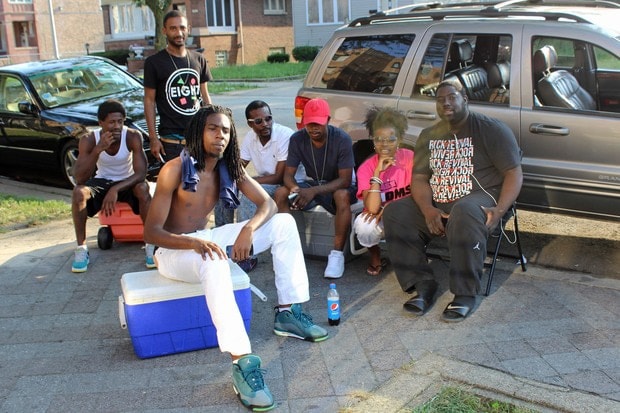 While pleased with the results so far, Manasseh said the women have been disappointed at the lack of involvement, even though residents know that what they’re doing is important and having an impact. She said they have 15 volunteers that have vowed to guard the streets daily through Labor Day, but it’s close to the same number as when they formed the group five weeks ago.

“What we’ve learned since we’ve been out here is that people’s attention spans are short,” she said. “It’s hard to keep their interests between tragedies.”

Furthermore, Manasseh acknowledged that locals are scared to get involved, a sentiment which she appeared to understand. But Manasseh also said that while recruitment has been slow – or darn near nonexistent – they have received help from an unexpected source: The neighborhood teens. She said more than two dozen teenagers have lent a helping hand and joined the patrols.

Manasseh said her ultimate goal is to get others involved and forming patrols in their own neighborhoods as well.