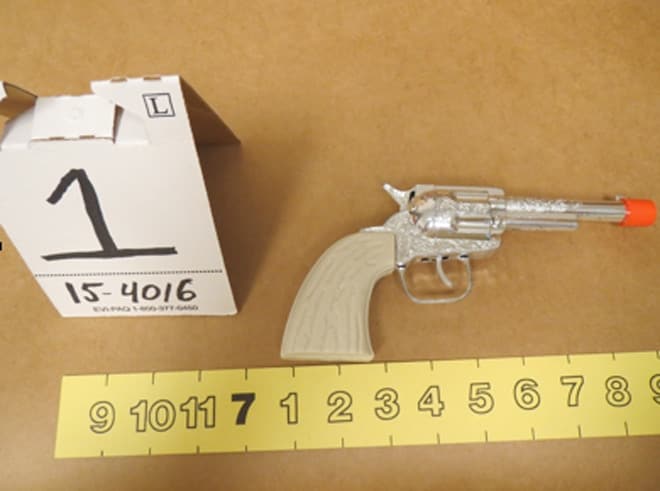 A 12-year-old boy was arrested in Jacksonville, Florida, Thursday after authorities say he ran away from home and went on a crime spree which came to an end after he successfully robbed a woman using a toy gun.

After stealing the gun, the boy then approached a woman, “slapped her on the buttocks, demanded money, pulled up his shirt and displayed a ‘pistol’ in his waistband, and threatened to kill her,” according to the police report. Although the toy still had the orange tip attached, the gun was tucked into his waistband in such a manner that only the handle was showing.

The woman handed over her cell phone and the boy then rode off on the bicycle. Authorities later caught up with the boy, who was subsequently arrested. Authorities also found the boy in possession of cologne and condoms, all of which he admitted was stolen from a Walgreens.

The boy was charged with armed robbery, battery and two counts of petit theft.