14-year-old in custody after shooting at OH school 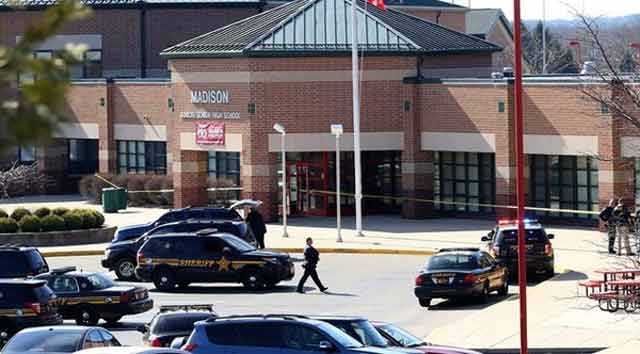 A Jr/Sr high school in Madison Township, Ohio, was rocked by gunfire during lunch Monday morning, leaving four injured and a 14-year-old boy in custody.

Butler County Sheriff Richard Jones confirmed in a press conference that the first 911 call came in at 11:15 a.m. after the suspect, James Austin Hancock, 14, walked into the cafeteria, pulled out a handgun and opened fire. Two students were shot, while two other students were injured by shrapnel as they tried to get away.

Immediately after the shooting, Hancock ran from the scene and along the way dropped the gun, which authorities said he had been carrying with him all morning, according to reports from local media. Jones said a school resource officer was in the cafeteria just minutes before the shooting occurred and was back on the scene very quickly. With the help of K-9 units, Hancock was apprehended soon thereafter while still on school property.

The injured students were transported for medical treatment. The students who were shot – Cameron Smith, 15, and Cooper Caffrey, 14 – remain in the hospital. They are in stable condition and in very high spirits, according to school officials. They are both expected to survive and make full recoveries. The other injured students – Brant Murray, 14, and Katherine Doucette, 14 – were treated and released.

Authorities recovered the gun used in the shooting and are now working to determine to whom it belongs and how Hancock came to have it.

Sheriff Jones lauded the responding law enforcement agencies, which he said were too many to list individually, for their swift response, and for the way school officials handled the chaotic situation. Jones noted that teachers, students and parents all prepare for traumatic situations such as these, but once faced with them, rarely react as anticipated. 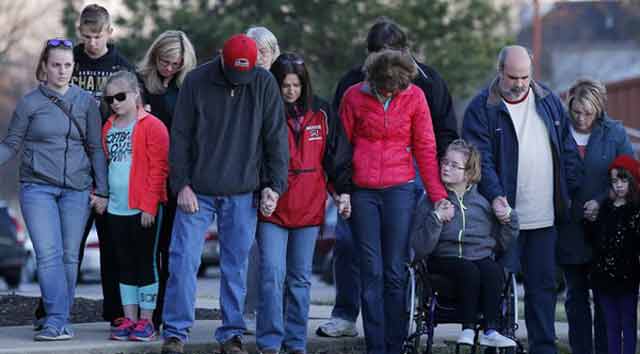 “You see these things all over the country,” Jones said. “You think it can’t happen to you, but it does.”

Authorities say they have a possible motive, though that information has not yet been made public.