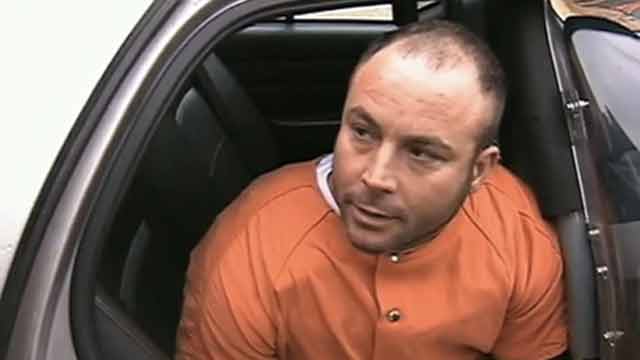 Jason Clary is being held without bond and says he just wants to see his little girl. (Photo: WSOC)

A North Carolina father shot and killed a man who came at him with a metal pipe during an altercation Monday evening, and while the shooter claims he acted in self-defense, he is now facing murder charges.

Jason Clary was in the driveway of his Alexander County home when he fired the fatal shot that killed Travis Harold. According to Clary’s account, Harold and two other individuals came to his house after calling him on the phone and threatening to kill him.

But Harold’s family members said the men went to Clary’s home to tell him to stay away from Harold’s nephew, who worked for Clary, because Clary was a bad influence on him. But Clary said when the trio arrived, he walked outside, only to realize they were armed with metal pipes.

Clary said Harold “charged” at him right before he pulled the trigger. A neighbor told reporters he heard a single gunshot, but authorities have not confirmed if that count is accurate.

Immediately after the shooting, the two individuals with Harold quickly got him into their vehicle and called 911. They attempted to drive him to the hospital, but Harold died about five miles from Clary’s property.

Clary was subsequently charged with first-degree murder and is currently being held without bond.

Clary said he thought he had a right to defend himself and his property, and his provisional attorney, Lisa Dubs, said this is a case that may fall under the state’s Castle Doctrine laws, which protects those who use deadly force against another person while fearing for his or her life on their property. But Assistant District Attorney Sarah Kirkman argued that the statute didn’t apply in this case.

Additionally, Alexander County Sheriff Chris Bowman stressed that authorities are still early into the investigation, but noted when the shooting occurred, there was “some distance” between the two parties. In fact, the incident was captured on cell phone video and shows them about 50 feet apart when the shot was fired. 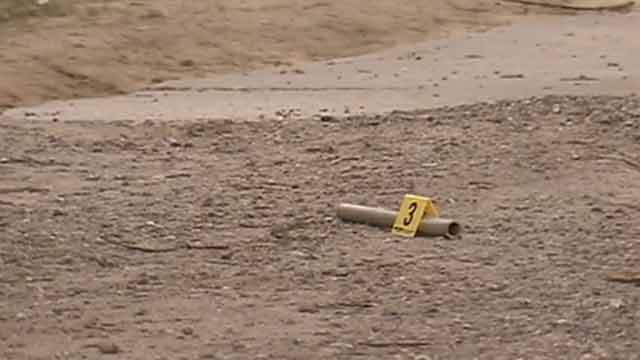 Authorities recovered an 18-inch metal pipe from the scene, but argued the distant between the men did not warrant the use of deadly force. (Photo: WSOC)

Still, Clary said, “When do you make that decision? When a man is coming toward you with a weapon, when you have one shot and there’s three men with a weapon.”

A request to change Clary’s bond status was denied, despite the fact Dubs argued he has a 9-year-old daughter and is not a flight risk.

If convicted, Clary could face up to life in prison. He is due back in court for a probable cause hearing next month.