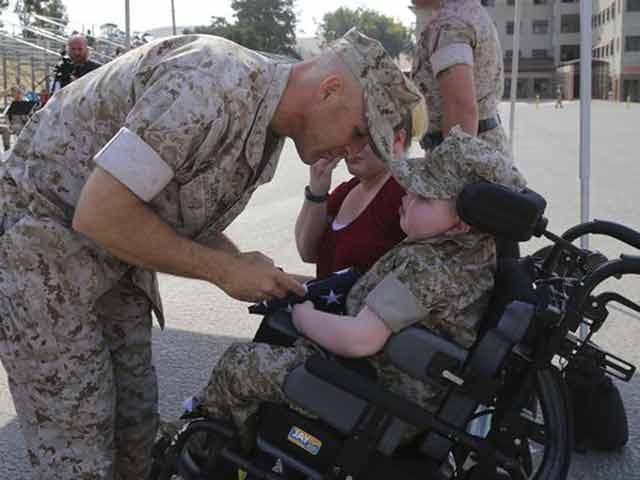 After fighting a rare genetic disorder for four years, an 8-year-old boy died Sunday morning. But just one day before his death, Wyatt Gillette saw his dream of becoming an Honorary Marine.

In a service at Camp Pendelton Saturday, Wyatt was given his Eagle, Globe and Anchor, along with a smart salute. Alongside the youngster were his mother, Felishia, and father, Staff Sgt. Jeremiah Gillette, who is a drill instructor with the 2nd Battalion, Recruit Training Regiment at the Marine Corps Recruit Depot in San Diego.

Wyatt was the 96th person is become an Honorary Marine. 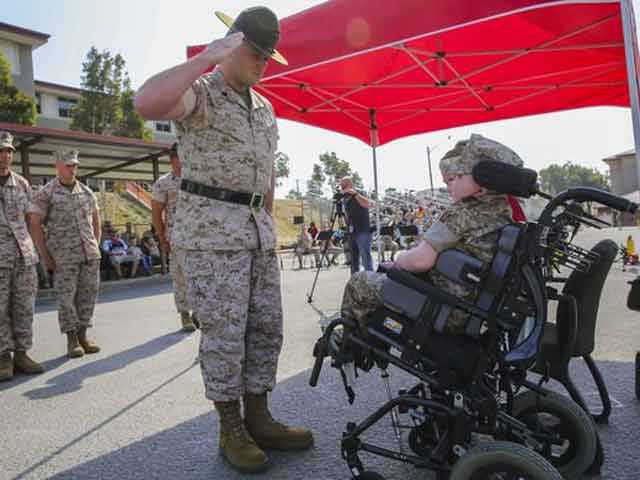 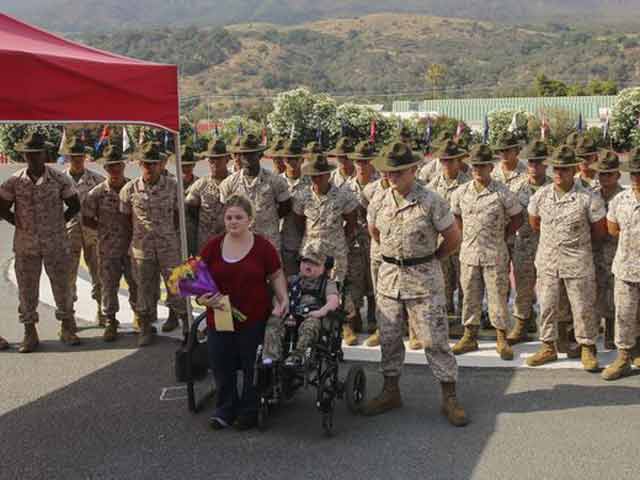 One of the easiest decisions yet as CMC was to make this 8-yr old a Marine. Keep fighting, Wyatt! You are a Marine! pic.twitter.com/bSDrEHcc3c

Wyatt was diagnosed with Aicardi-Goutieres Syndrome at 4-years-old. The condition led to a number of medical issues including diabetes, seizures, problems with body temperature regulation and cerebral palsy. After spending six weeks in the hospital with kidney failure, Wyatt recently returned home to hospice care.

The family has an online fundraiser to help pay for Wyatt’s medical and funeral expenses. Thus far, donations total more than $27,000, surpassing the original goal of $15,000.