“Under the surface, it’s the same VP pistol you’ve come to know and love,” says a Heckler & Koch spokesman — in a voice that sounds nothing like a robot’s — about the new pistol variant in flat dark earth.

The new tactical models of VP striker fired pistols have been added to the company line-up this summer. They’re available with and without a threaded barrel, and will be available in 9mm and .40 caliber. 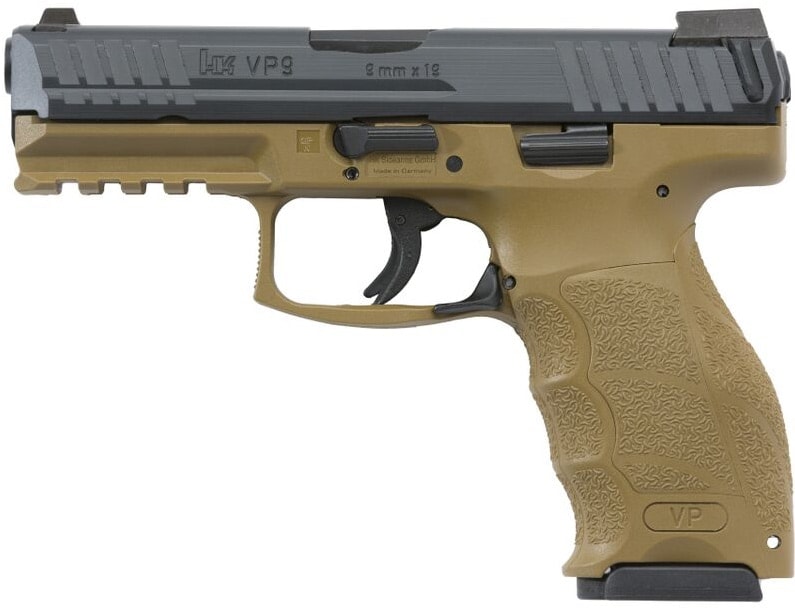 HK says the color frame cannot fade or chip and is unaffected by chemicals, sun, and exposure to the elements. The VP Tactical models are identical to standard HK VP pistols, except for the addition of premium grade threaded barrels — only their weights and lengths differ due to the longer and slightly heavier threaded barrel.

Both the VP FDE color frame models and the VP Tactical models are made completely in HK’s Oberndorf factory in southwest Germany using all of the company’s advanced technologies for barrel manufacturing, as well as production of the machined steel slide, polymer frame, and all internal components. MSRP starts at $719.