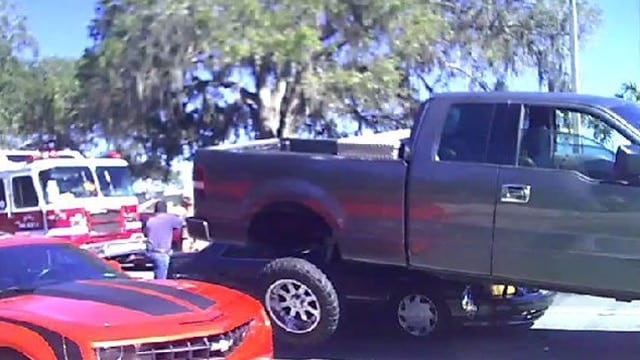 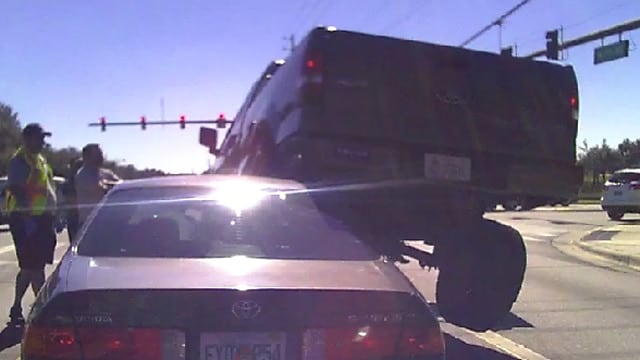 When an 18-year-old man felt threatened during a road rage incident in Ocala, Florida, last week, he used the only weapon he had on hand to stop the threat: His pickup truck.

Zach Waring, 18, said he was driving his Ford F150 when Adalberto Aponte, 53, approached him from behind and began driving recklessly in his Toyota Camry. Waring said the situation escalated when the two vehicles came to a traffic light and stopped.

According to Waring, Aponte got out of his vehicle and came to the open driver’s side window of Waring’s truck and began to punch Waring in the face. Waring’s girlfriend, who was also in the truck, along with the couple’s 11-month-old baby, starting yelling at Aponte to stop, to no avail.

The girlfriend then lied and said they had a gun in an effort to get Aponte to stop punching Waring. The couple said Aponte responded by saying, “I’ll show you a real gun,” as he turned and walked back toward his car.

Waring immediately began to fear for the safety of himself, his girlfriend, and their baby, so he put his truck in reverse and drove on top of Aponte’s car in an effort to prevent him from retrieving a gun. Waring said he would have driven away, but the red light and cross traffic prevented him from leaving.

Police responded to calls about the incident and promptly arrested Aponte, who was already wanted for failing to pay child support.