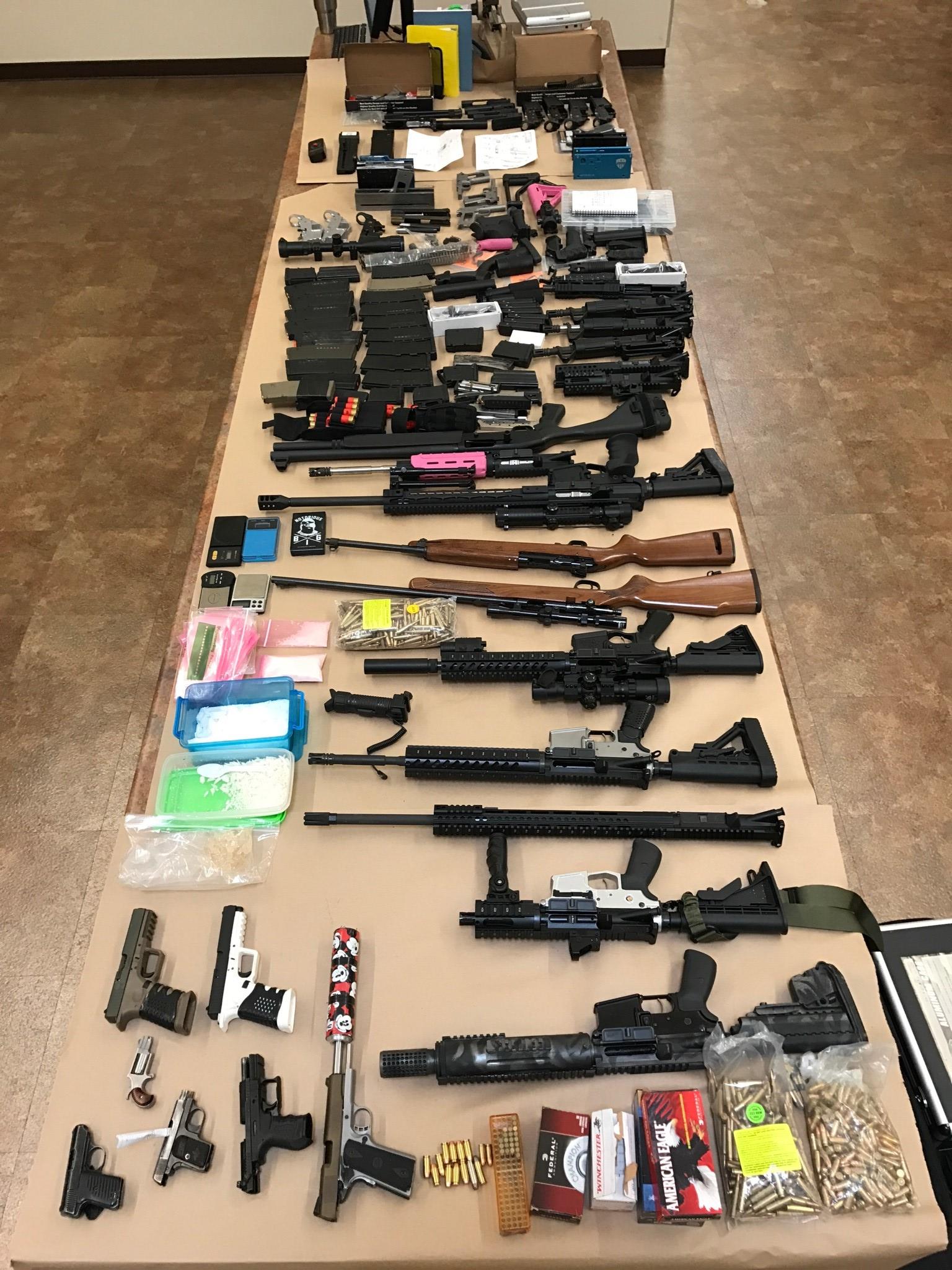 The guns included what looks to be a homemade suppressor with a Mickey Mouse wrap, AR-15 rifles, SBRs and unassembled lowers and other items. (Photo: ATF)

A West Covina man with a criminal record was charged in federal court last week after he was found with a half-kilo of methamphetamine and an assortment of firearms.

As announced by the U.S. Attorney’s Office, Edwin Francisco Reyes, 44, was arrested by the Chino Police Department on March 2 and charged with a drug trafficking offense last Wednesday.

While the affidavit is not available, authorities contend Reyes was arrested following delivery of a search warrant on the home he shared with his wife and children. The search turned up 532 grams of meth and a collection of 28 firearms. The guns, as disclosed in a social media post by the Bureau of Alcohol, Tobacco, Firearms and Explosives, included what looks to be a homemade suppressor with a Mickey Mouse wrap, AR-15 rifles, SBRs, unassembled lowers, and other items. While Reyes is a convicted felon barred from firearms possession, it should also be noted that civilian ownership of NFA-regulated suppressors is typically banned under California state law.

It is not clear if the government will pursue weapons charges and the defendant has only been charged with possession with intent to distribute methamphetamine.

Prior to the search warrant, authorities say Reyes admitted to working as a runner for a drug trafficking ring and picking up five pounds of meth to deliver to Ontario.

If convicted and receives the maximum sentence, Reyes could spend the rest of his life in prison.