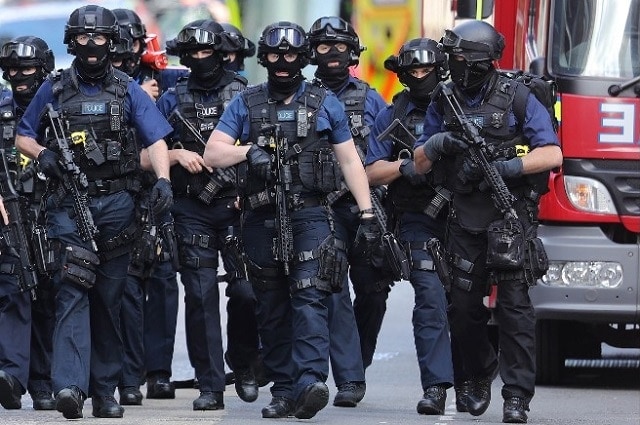 Police chiefs in the United Kingdom will soon be considering whether or not to issue firearms to all frontline officers in England and Wales after a series of terror attacks have left the country searching for solutions.

The Guardian reported a discussion paper has been drafted on the subject, intended to spark debate at the next meeting of the National Police Chiefs’ Council (NPCC).

The two-day meeting, scheduled for July 12, will most likely not immediately result in a wider issuance of firearms to law enforcement officers, but could mark a turning point in the overall discussion.

Other ideas up for debate, according to Guardian sources, include firearms training for frontline officers, staffing more specially trained firearms officers in cars, and issuing handguns to some patrol officers.

Fewer than 5 percent of police officers in England and Wales carry guns, Quartz reported. Out of the 124,000 police officers employed in the two territories, 5,600 are authorized firearms officers.