Dispatches from gun country: 'Firearms to me are what handbags are to women' 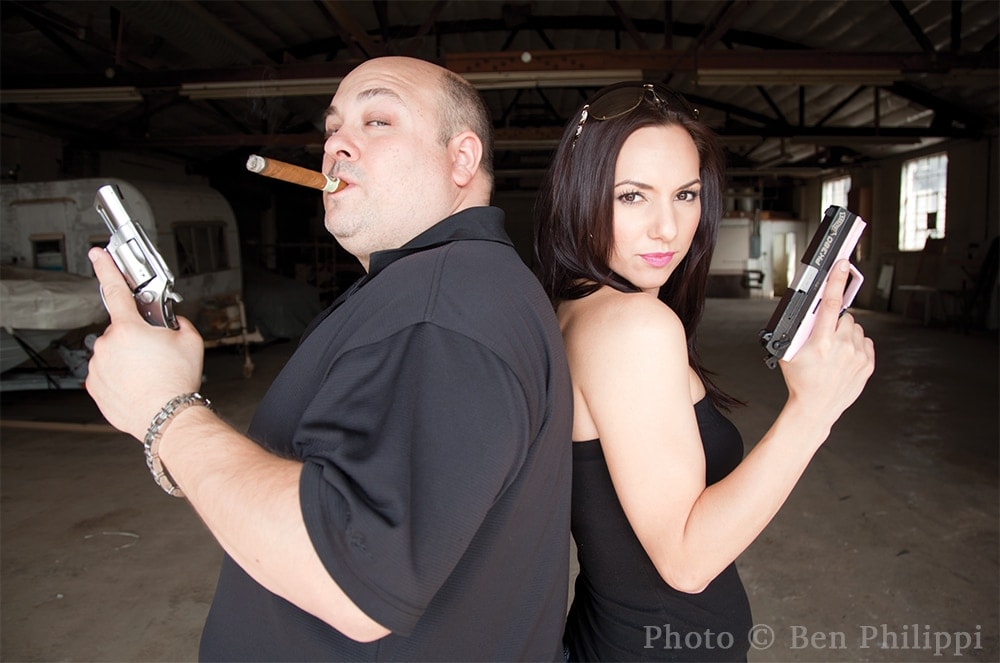 Unlike his great uncle, Dominic Capone of the famous Capone bloodline pursued a successful career in television and film. He also enjoys the shooting sports and collecting guns.

Firearms to me are what handbags are to women. We have different types to play with depending on the event.

Just like a lot of Americans, I grew up watching TV shows where it was the good guys vs. the bad guys. Unlike todays generation of kids, I didn’t have social media. I played outside with my friends everyday. We often used toy guns, playing good guys vs. bad guys and cops & robbers after school. I look back now and realize that’s where I developed my street smarts.

Between playing on the streets and having a close family, I started getting into firearms not because it is our right, but because if makes me feel complete.

The same childhood friend who I played with outside as a kid is now a cop. He took me shooting one day at the range and the rest is history. I went from buying one semi-auto .40 Cal Springfield XDM to a Ruger SP101 .357 snub to Ar-15’s and now to a collection of over seven-dozen firearms.

Like a woman’s addition to makeup, this was my addiction… only it’s more expensive than buying makeup.

You see when things go sour, I can’t afford to wait for police assistance. Police officers are not here to prevent crime. They are here to investigate the crime after it takes place.

I don’t arm myself from the good guys but from the criminals.

Someone once asked me why I feel the need to own an assault rifle and that I’ll never use it. My reply to them was simple, ‘the same reason your car can go 120MPH when the legal speed is 65MPH.’

Not that you are ever going to go those speeds, but you just never know when you might need the extra power.