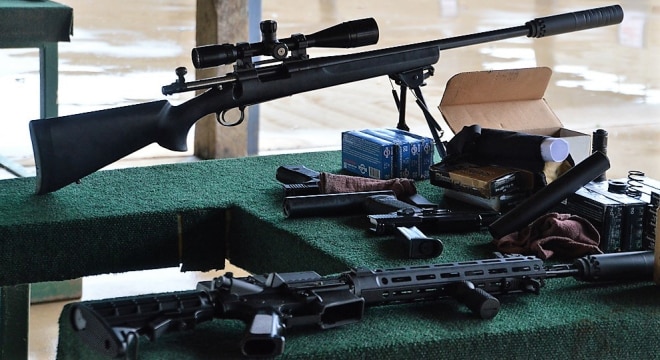 The number of National Firearm Act items saw a spike last year — including a 10 percent bump in suppressors and 16 percent rise in the short-barreled rifles registered — according to new data released by federal regulators.

The information comes from the latest Firearms Commerce Report, released at the end of July, which also contains information about domestic firearms manufacturing, as well as the importation and exportation of firearms. The report provides an overview of the National Firearms Registration and Transfer Record, which is the federal list of all items, such as suppressors, SBRs, short-barreled shotguns, destructive devices and any other weapons logged under the NFA as of February 2018, and updates figures dating back to April 2017.

Based on the 10-month spread between this report and last year’s, the overall numbers of NFA regulated items peaked at 5.5 million, up from 5.2 million in 2017 and 4.4 in 2016. The largest increase in the data came from an additional 129,768 suppressors added to the NFRTR for a total of 1,489,791 silencers carried on the list, a jump of some 10 percent over last year’s figures.

Additional increases were seen in the increasingly popular production and conversion of short-barreled rifles. In 2016, there ATF listed 213,594 SBRs compared to today’s ballooning figure of 345,323 in circulation. 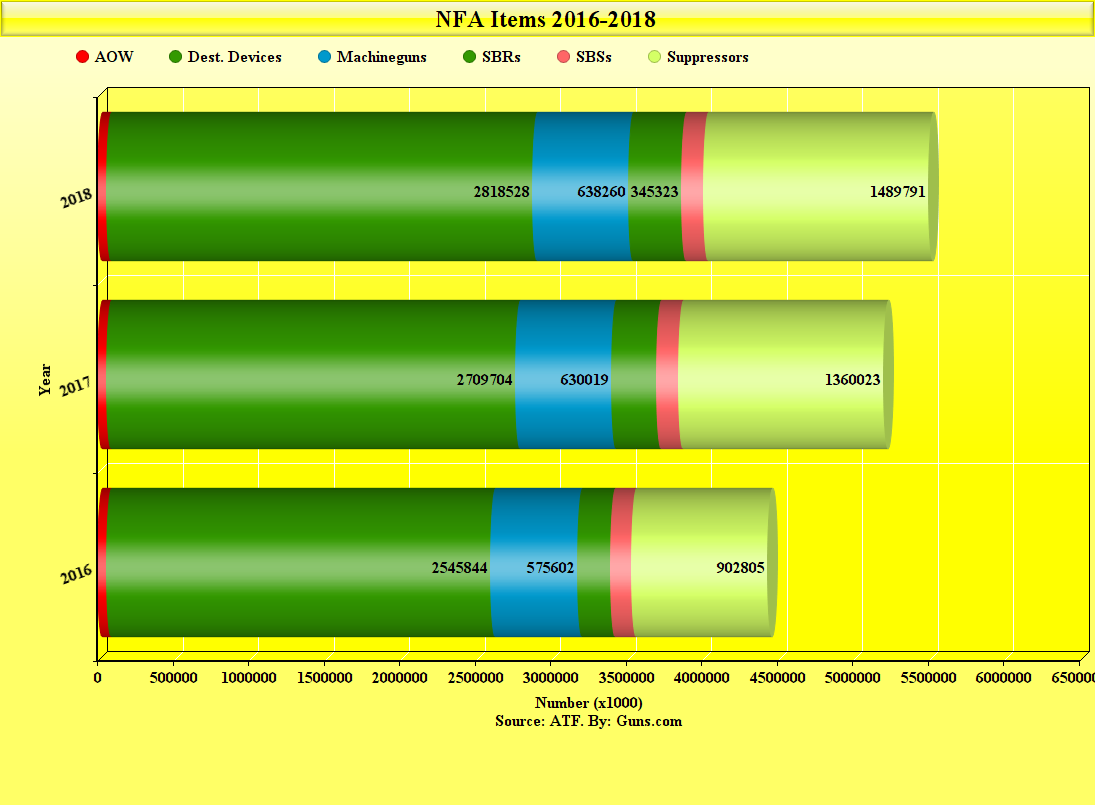 Overall, some 386,210 NFA forms were processed in 2017, up from 379,410 in 2016. This comes as trade groups for the gun industry report that processing times for NFA items are dropping for e-filed ATF Form 6s, although not for paper Forms 1 and 4, despite a restructure of personnel in the AFT’s NFA Division and innovation in the industry itself. The Justice Department is seeking more funding to further shorten processing times.

The Hearing Protection Act, a move to partially deregulate suppressors by dropping them from NFA regulations, has 165 sponsors in the U.S. House but has been locked in committee, the subject of vehement opposition from gun control groups and Democrats on the national stage. The language has subsequently been folded into the SHARE Act, an omnibus package of sportsman’s legislation, but has not received a vote by the full House.