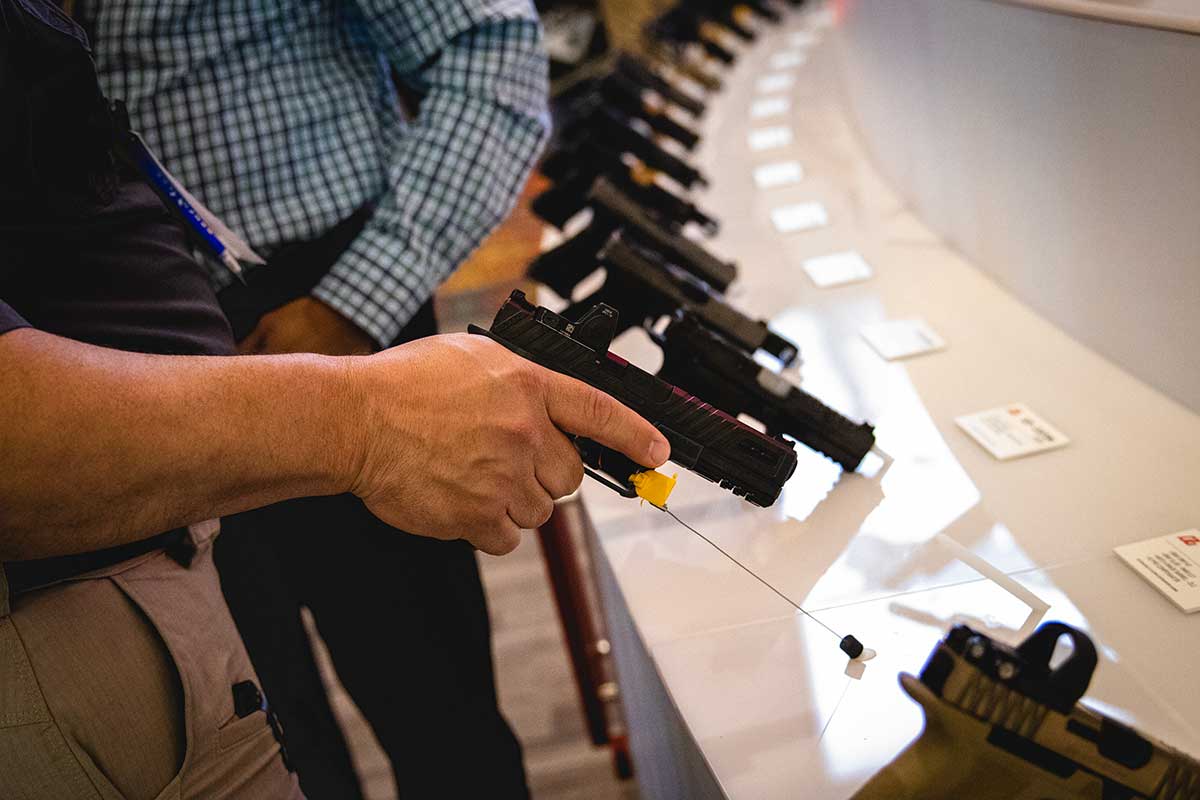 Aftermarket accessory makers have long supplied Glock and Smith & Wesson fans with a myriad of options to elevate both the performance and looks of the pistols, but now aftermarket makers are diving into the production pool offering their own out-of-the-box, complete pistols.

Tricked out, customized guns are nothing new but accessory makers interest in providing their own complete set-up seems to be on the rise. Companies like Faxon Firearms, Zev Technologies and Shadow Systems previously devoted time to aftermarket slides, triggers and custom services, but now bring their own pistols to market.

Faxon Firearms announced its pistol, the FX-19, ahead of SHOT Show. Divided into two models, the Hellfire and Patriot, the FX-19 brings Faxon’s classic style in an all-in-one package. Curt Staubach, Director of Marketing at Faxon Firearms, told Guns.com that the appeal of the FX-19 comes down to little parts working together to create a better all around pistol platform. 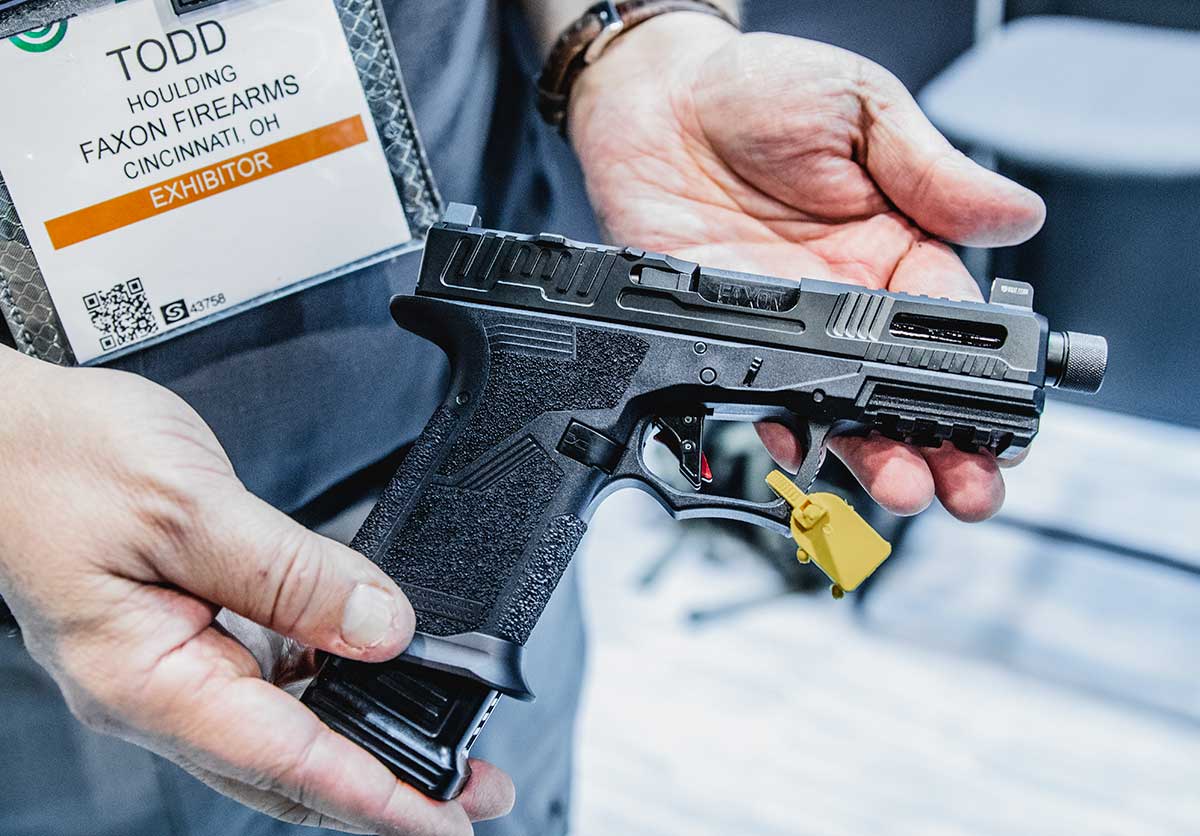 “For us, it’s a lot of small improvements that add up to greater whole,” Staubach said. “From the more aggressive texturing on the top of the frame to get a better grip with your off-hand, to the subtle stepped front serrations on the Hellfire slide that catch your thumb and index finger on press checks, we sweated the small things to put together a solid and reliable package that just works and feels good.”

Staubach said the FX-19 isn’t for everyone. The company acknowledged that some buyers just love the joy of building guns. For those, the company offers the Patriot and Hellfire components so customers may build or add to their existing guns as they please.

“For those that want to go out and build their own pistol, by all means, go for it! If you’d like include a Patriot or Hellfire slide, pistol barrel, or other Faxon accessory for your build, we’d be honored if you considered us,” Staubach said. “But for those that don’t have the time, technical ability, or desire to do all that, we’re offering a solution that’s ready to go. It’s peace of mind, knowing it’s designed, manufactured, and tested from the ground up as a complete and reliable package.” 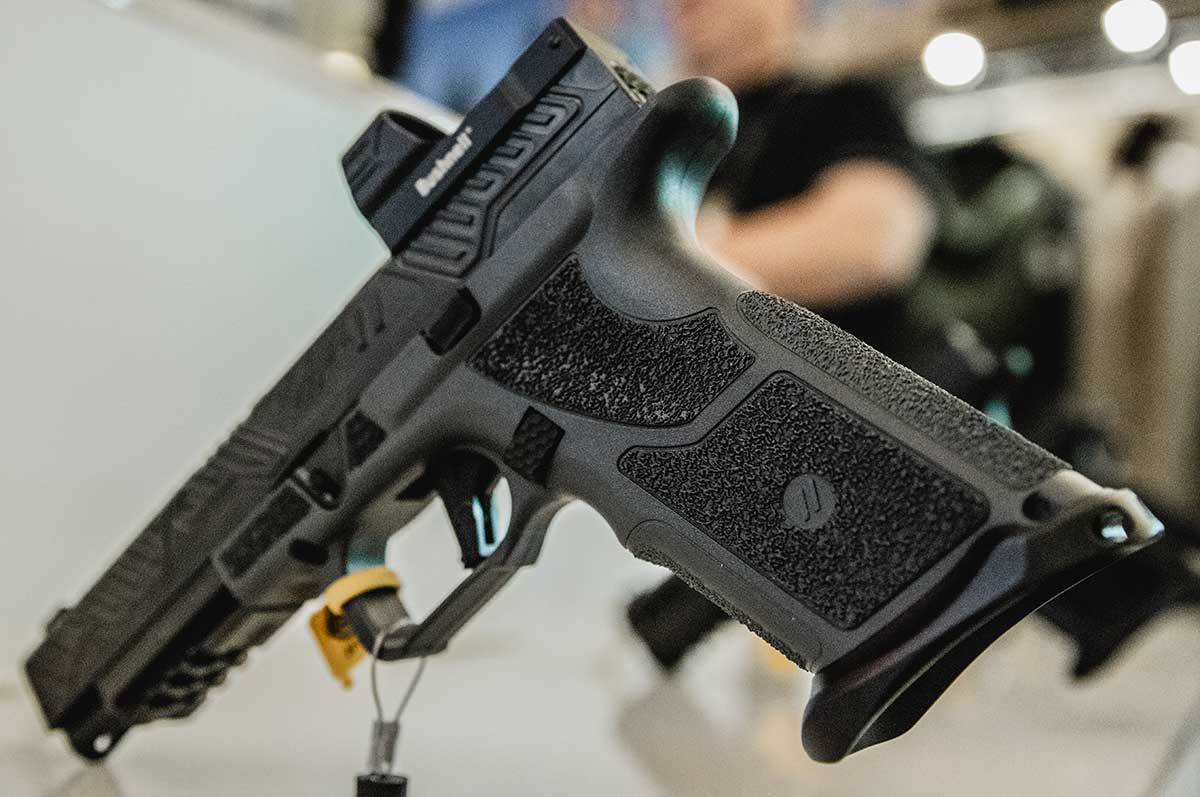 The Zev O.Z 9 brings an all in one custom look to consumers, but with a hefty pricetag. (Photo: Jacki Billings)

Zev Technologies burst onto the scene with their own take on parts and components, offering a high-end look for pistols. The company just recently announced it too has jumped into the packaged gun platform, unveiling the O.Z-9. The pistol exhibits a Glock-like look but kicks up the features introducing a custom vibe. Representatives at Zev explained to Guns.com that while the O.Z 9 still features that Zev flair, now consumers don’t have to worry about piece-mealing their guns together.

“Most of us, as kids, played with Legos. Glocks are like Legos. Glocks are easy to work on and our parts and accessories have been top of the market for a number of years,” a Zev rep elaborated to Guns.com at SHOT Show. “As far as boutique guns or aftermarket guns in the Glock style platform — the finest form of flattery is imitation.”

Zev and Faxon aren’t the only parts makers coming to play. For Shadow Systems the goal has always been to help the end user achieve the pistol they want. Previously relying on aftermarket accessories or customization to do that, the company has since launched its own pistol platform, the MR918. 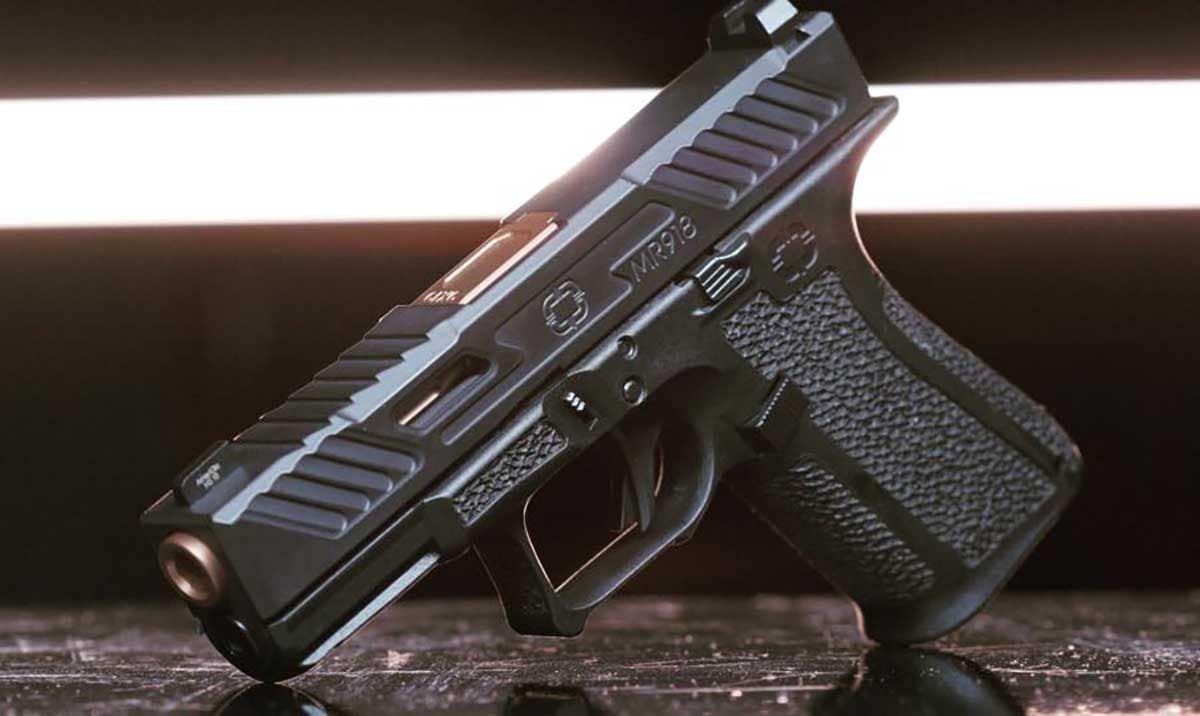 The MR918 brings upgraded features but at a cost consumers can afford. (Photo: Shadow Systems)

“Back the mid-90s every page in every gun magazine was a custom 1911. At that time everyone was 1911 crazy. Sometime in the early 2000s people kind of went AR-15 crazy. So now I just think it’s shifted a little and there’s a real interest in striker fired polymer handguns,” Trevor Roe, General Manager of Shadow Systems, said.

In terms of what Shadow Systems brings to consumers, Roe said the MR918 fills that space of custom aesthetics but at a reasonable price. “We wanted to be accessible. We wanted people that really wanted to have a custom Glock or a custom part to afford it,” he added.

“A guy that buys a stock Glock always changes something. There’s nothing stock anymore about it. We can deliver that. Once you do one or two things to your Glock, it would have been cheaper to have bought ours and it would have more features.”

At the end of the day, the rise in boutiquey guns from aftermarket accessory makers squarely rests on the shoulders of gun owners who prize uniqueness and individuality over the everyday and ordinary.