Virginia-based FN America this week is unveiling a new version of their MK 48 light machine gun chambered in 6.5mm Creedmoor.

To be shown off at the 2019 edition of Special Operations Forces Industry Conference & Exhibition in Tampa, the new chambering comes just after USSOCOM’s qualified the caliber last year. Developed from the now-classic FN Minimi, the standard 7.62x51mm version of the MK 48 was adopted by SOCOM in 2013.

The 6.5 CM model of the gun, which is in the prototype stage, features an adjustable stock for length of pull and cheek height as well as an improved, locking charging handle. The gun has also been updated with an improved, double-notched sear; improved handguard with 3-, 6- and 9-o’clock positions with a new style bipod; and a more robust feed tray latch. 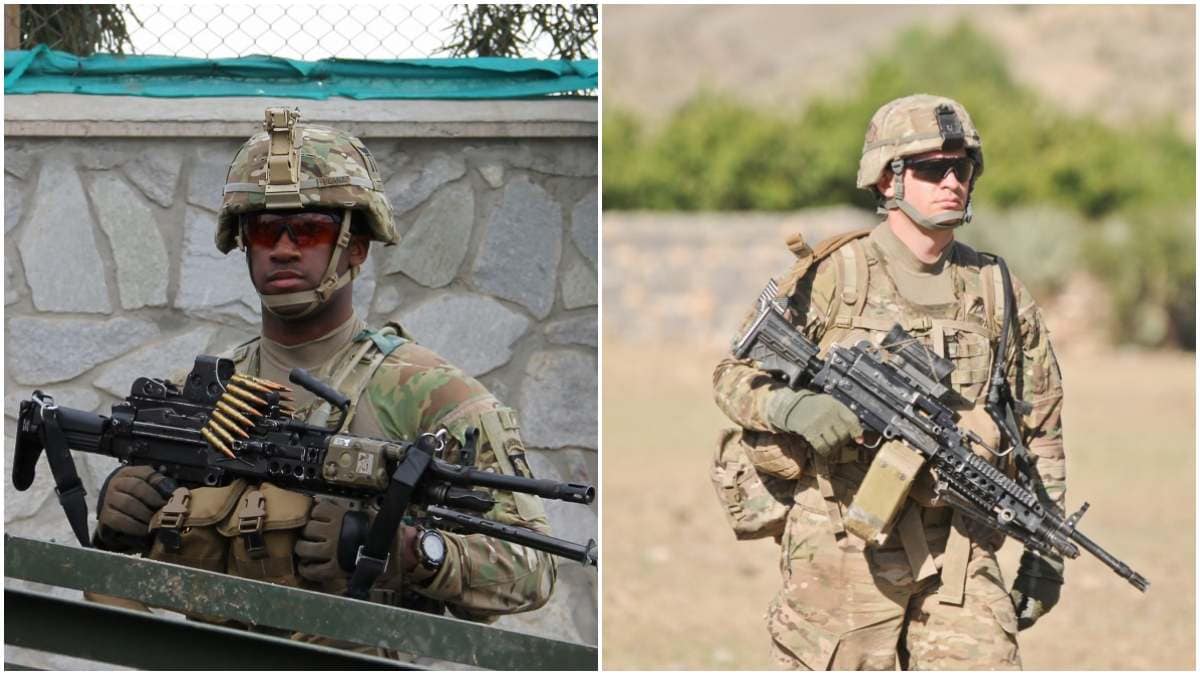 Both SOCOM special operations units and light infantry such as troops from the 101st Airborne, seen here in Afghanistan, have been using the MK 48 since 2013, chambered in 7.62x51mm NATO. In a nod to its roots with the FN Minimi, which went on to become the M249 Squad Automatic Weapon, the MK 48 is often called the “super SAW” in service. (Photos: U.S. Department of Defense)

Besides the MK 48, which is used by both special operations and light units such as Airborne and Air Assault troops, FN has supplied the military with models of the 7.62x51mm FN MAG — adopted since 1977 as the M240 — and the 5.56mm M249 Squad Automatic Weapon since 1984. A 5.56mm version of the MK48, the MK 46, is also in SOCOM service as is the FN SCAR and MK 20 SSR rifles. Going back even further, FN is a modern manufacturer of the iconic M2 heavy machine gun as well.

FN is currently one of the five Next Generation Squad Weapon competitors — along with AAI, General Dynamics, PCP, and Sig Sauer — to submit a single NGSW for initial testing to begin sometime this summer to replace the M249 in Army service with a new, 6.8mm, weapon.

In related news, Sig Sauer has been showing off their own new SLMAG lightweight machine gun, a variant of which is billed as a contender for the Army’s NGSW contract. Chambered in .338 Norma Magnum and easily swappable to 7.62 NATO, the SLMAG has a three-position gas setting and is optimized for use with a suppressor– a key aspect of the Army’s next generation of automatic weapons. 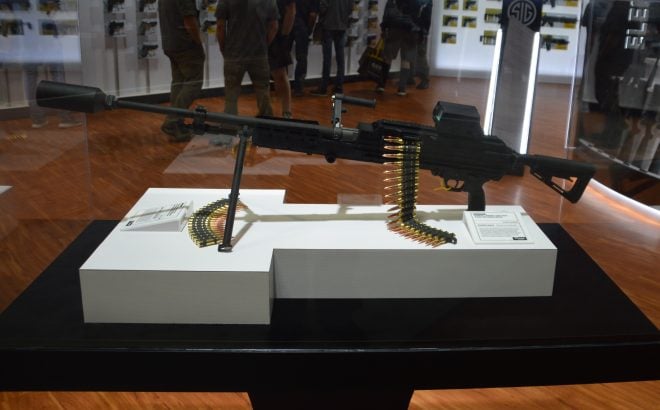