The types of handguns carried by law enforcement do not vary as much as those carried by civilians for self-defense. This is typically due to organizations choosing a well-performing cartridge — often 9mm, .40 S&W and .45 ACP — coupled with the quantity of ammunition that the magazines can accept.

A standard issue handgun offers many benefits to law enforcement organizations. Consistency between weapons leads to efficiency in multiple categories. It’s easier for the armorer to stock a small number of needed parts for one type or platform of weapon and it also allows the armorer to focus proficient on one platform. This means repairs can be done more expediently, the process can be streamlined and in turn saves time and money.

Training is another reason a standard issue handgun is more efficient. With officers using the same type of firearm, it makes the training job easier and allows more focus on tactics and skills than teaching the intricacies of each pistol model. Interoperability is also an important factor in standard issue. The ability to swap magazines or parts on the fly, if the need arises is helpful. 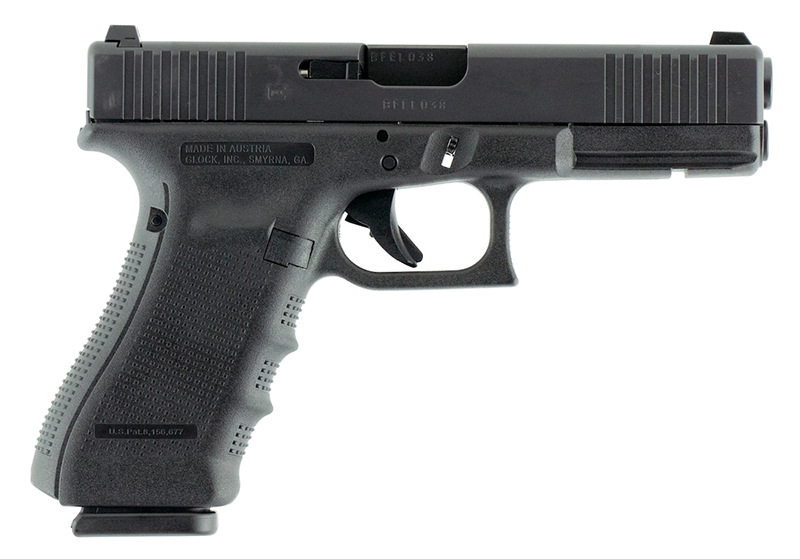 When most people think of an officer with a gun, they think of Glock. The Austrian based company has been the most commonly used handgun for law enforcement since the 1980s.

Though H&K made the Volkspistole in 1970, Glock’s 1982 Glock 17 design became the first commercially successful polymer handgun. Glock models vary amongst LE professionals almost as much as patrol cars, however, the most commonly used models include the 9mm Glock 17, .45 ACP Glock 21 and the .40 S&W Glock 22. 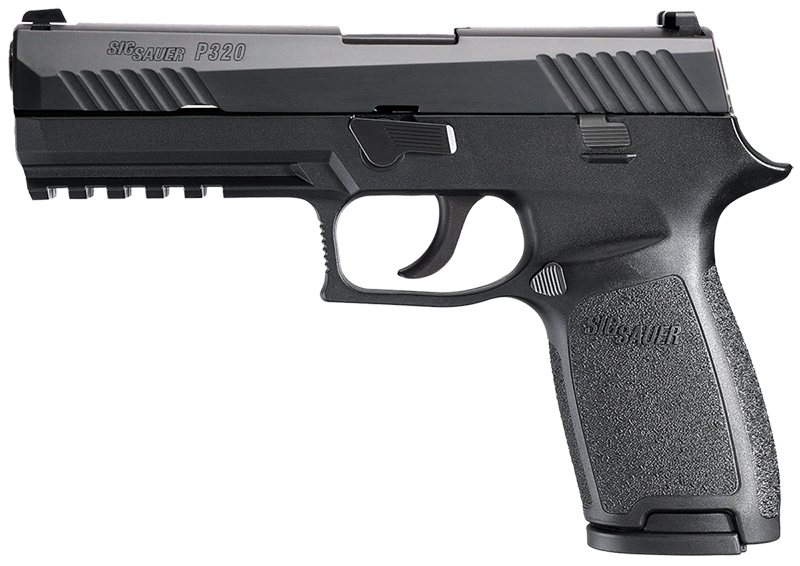 Sig’s P320 design beating out Glock, FN, and previous M9 manufacturer Beretta to win the contract to replace the U.S. Army’s sidearm. Its modular design and military approval launched Sig Sauer into the hearts of many police departments, securing its place as a contender for duty weapon.

Though the P320 has garnered plenty of attention since its Army debut, Sig Sauer models P226, P227 and P229 can also be found in many departments all over the country. 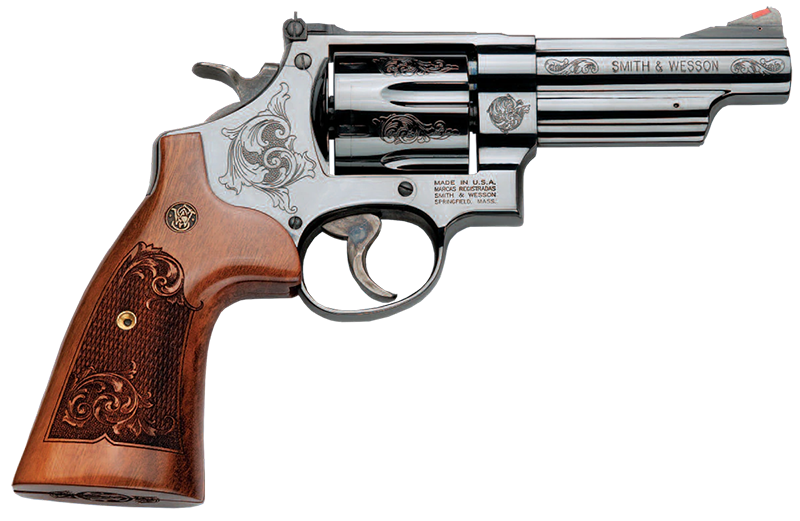 Though modern pistols have almost all but replaced revolver use within law enforcement agencies, some departments have grandfathered these models in, keeping wheel guns in the realm of duty use. Smith & Wesson is not behind the times, however, outfitting many agencies with a striker-fired, semi-auto in the form of the M&P – Military and Police model. Despite its military and police name, the pistol is also available to civilians and comes chambered in 9mm, .40 S&W or .45ACP. Smith & Wesson shows why it’s a true American firearms company for those protecting true American citizens. 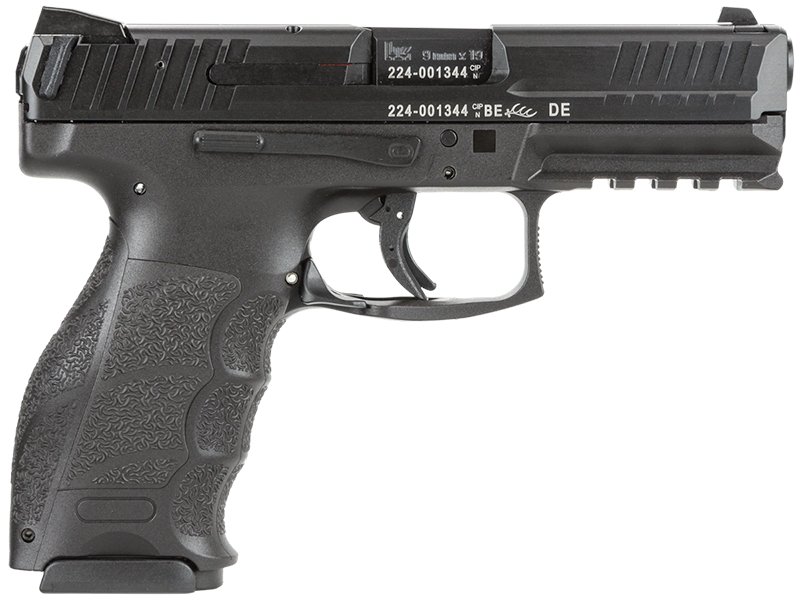 It’s no surprise that the familiar name of Heckler & Koch made it on this list. The precision part making company was founded in 1948 by three former Mauser engineers and in 1970, H&K made the first polymer-framed handgun — the Volkspistole VP/70.

With H&K serving as one of the largest defense contracts in US history, it is no wonder that the company’s P2000, USP and the VP9 have found their way into the hands of officers from the U.S. Border Patrol all the way to Ruston Police Department in Washington State. The inventors of modern polygonal rifling, H&K proves that German engineering is still alive and well in the U.S.

From agency-to-agency, the powers that be have different thoughts as to what the best handgun is for their rank-and-file. Some make the decision based off statistics and others simply based on what other agencies carry. Still, for some, it’s a personal preference – officer discretion, if you will.

As a law enforcement officer, myself, I have carried a Glock G21 chambered in .45 ACP since my beginning days on duty. Recently, though, I switched over to a Walther PPQ M2 chambered in 9mm for its better grip and trigger coupled with less weight and extra round capacity.

No matter what you carry, learn how to use your handgun efficiently under stress so you don’t fall into the fetal position during a dynamic critical incident! Shoot straight and stay safe.