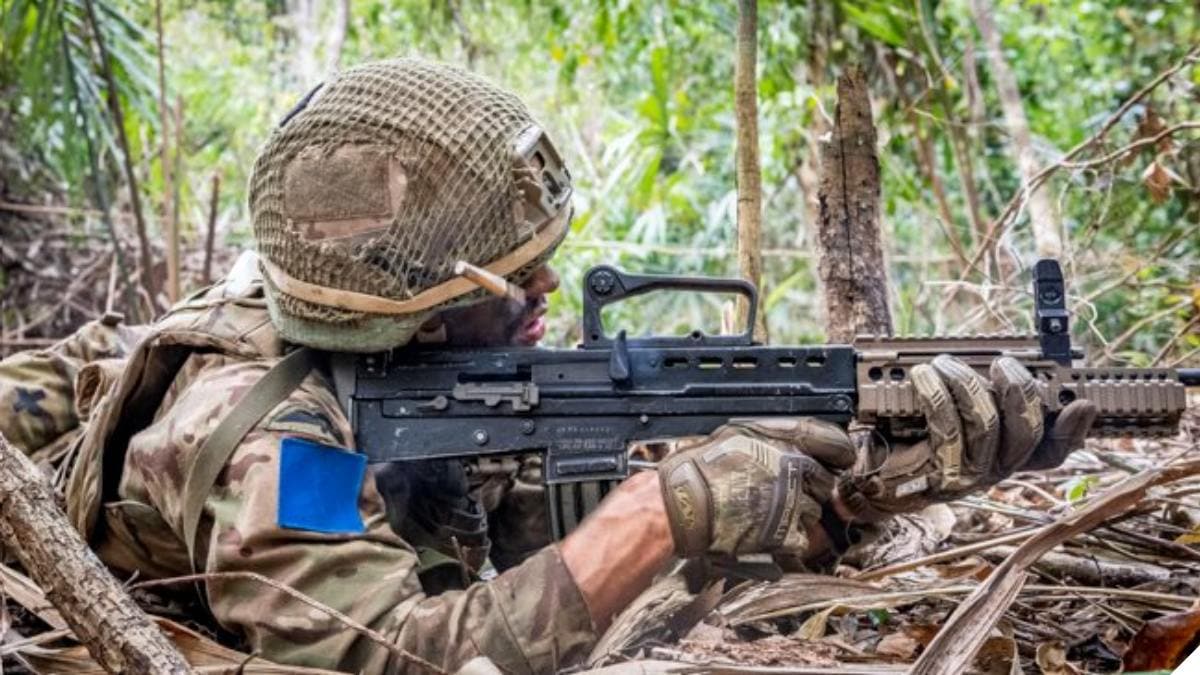 A British paratrooper with the older L85A2/SA80A2 rifle, which has been standard with the UK forces since 2002. (Photo: British Army)

German-based firearms giant Heckler & Koch announced this week they have won a significant contract to upgrade SA80 5.56mm NATO rifles for the UK Ministry of Defence.

The three year contract is valued at £15 million pounds ($18.6 million US) to upgrade the platform to the SA80A3 variant as part of the Britsh Army’s “Equip to Fight Programme and has an optional two-year contract extension that could add another £50 million pounds ($62.2M) to HK’s bank account, with the work split between the company’s facilities in Germany and the UK.

According to HK, the SA80A3 upgrades involve a new foregrip, an improved upper receiver, and extra safety features. It also has the capability to use the HK AG36 40mm grenade launcher, dubbed the L123A2 in British Service 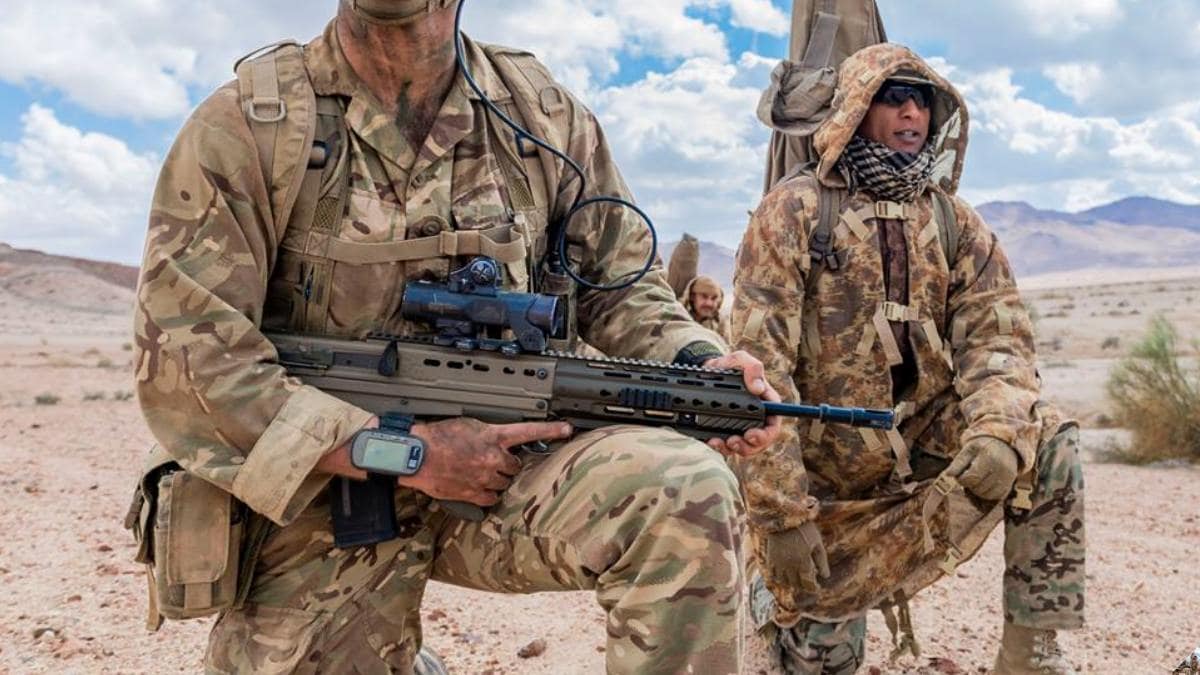 The SA80 series Individual Weapon, a 5.56mm NATO bullpup designed by Enfield in the 1980s, was originally produced in England for the British armed forces in three variants– the L85 rifle, L86 light support weapon, and the L98 training rifle– with just under 372,000 of all types produced. After Enfield shuttered in 1988, production was moved to Royal Ordnance’s Nottingham Small Arms Facility until 2001, when that British factory closed its doors as well.

Since then, HK has been upgrading the SA80 in a series of generational improvements, first as the SA80A2 and now as the SA80A3, with work done at the former Nottingham works, now run by Heckler & Koch GB as NSAF Limited.

The British Army had previously said the latest batch of upgrades would make the platform, “the most reliable weapons of their type in the world.”

Besides the UK SA80 program, Heckler & Koch have had phenomenal success in selling their HK416 series rifles to military forces worldwide, with the platform seeing adoption in France, and Norway as well as with SOCOM and the U.S. Marines (as the M27) here in the states. Further, the company has allied with Textron Systems and Olin-Winchester to develop an offering for the U.S.Army’s futuristic new Next Generation Squad Weapon program.

Besides the HK-upgraded SA80s, the British Army also uses the Glock 17 as its standard sidearm, the Benelli M4 as the L128A1 combat shotgun, and U.S.-made LMT LM308 rifles as the L129A1 DMR.