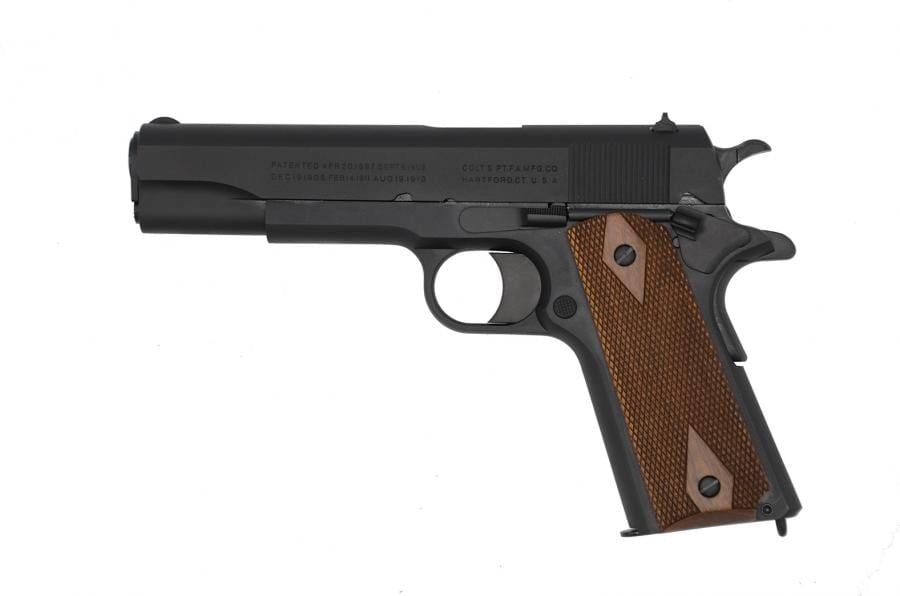 Based on the original WWI-era blueprints, the new Black Army replicates the guns Colt made for the military during 1918 and early 1919. (Photo: Colt)

Teased by the Colt Collector’s Association as coming soon, the new Colt Black 1911 Black Army is listed on the company’s website as a “vintage limited run.”

The so-called “Black Army” .45s is a term often used by collectors to describe the late World War I finish techniques applied to Colt’s 1911s from about mid-1918 through early 1919. Although given the standard brushed Carbonia Blue finish, like the pistols that preceded them, it was applied to more roughly finished frames and slides, which resulted in a noticeably darker hue that looked almost black in certain light. As few of these wartime guns escaped later arsenal parkerization and modification to the follow-on M1911A1 standard, correct “Black Army” models are highly sought after, commanding prices in the $7K range.

Colt’s new take on the Black Army of yesteryear carries a dark matte blued finish complete with the vintage longslide’s replicated rollmarks and inspector’s marks. While externally it looks ready to crawl across No Man’s Land in the hands of a Doughboy to hunt for the Kaiser– with a smooth straight mainspring housing, WWI style manual thumb safety, and lanyard loop– on the inside, it is a 70 Series Colt.

MSRP is $999, a price that puts it on par with the current production Colt 1991 Government. Sorry, due to state restrictions in California, Massachusetts, and Maryland, it is not compliant in those states– even though its ancestor was a hundred years ago. 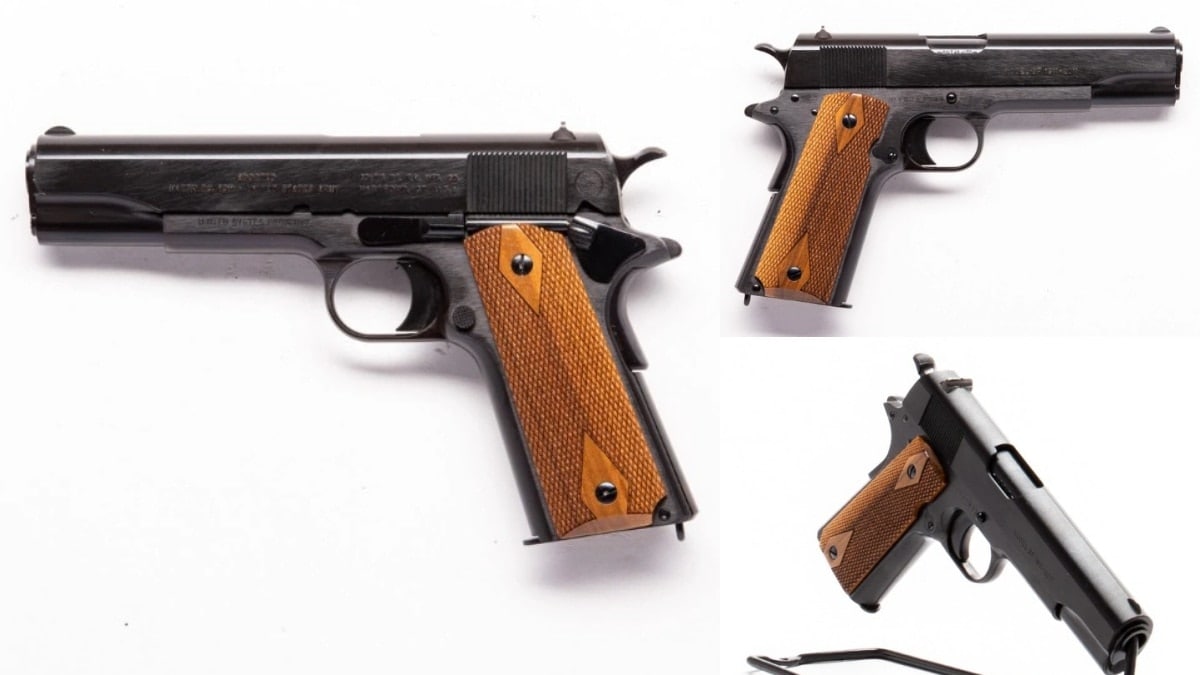 For those who can’t wait for the new Black Army’s debut, we also have an exquisite 100th Anniversary 1911 Model Colt Repro in the Guns.com Vault, made in a limited run in 2013.