The Plastic Fantastics That Changed the Industry 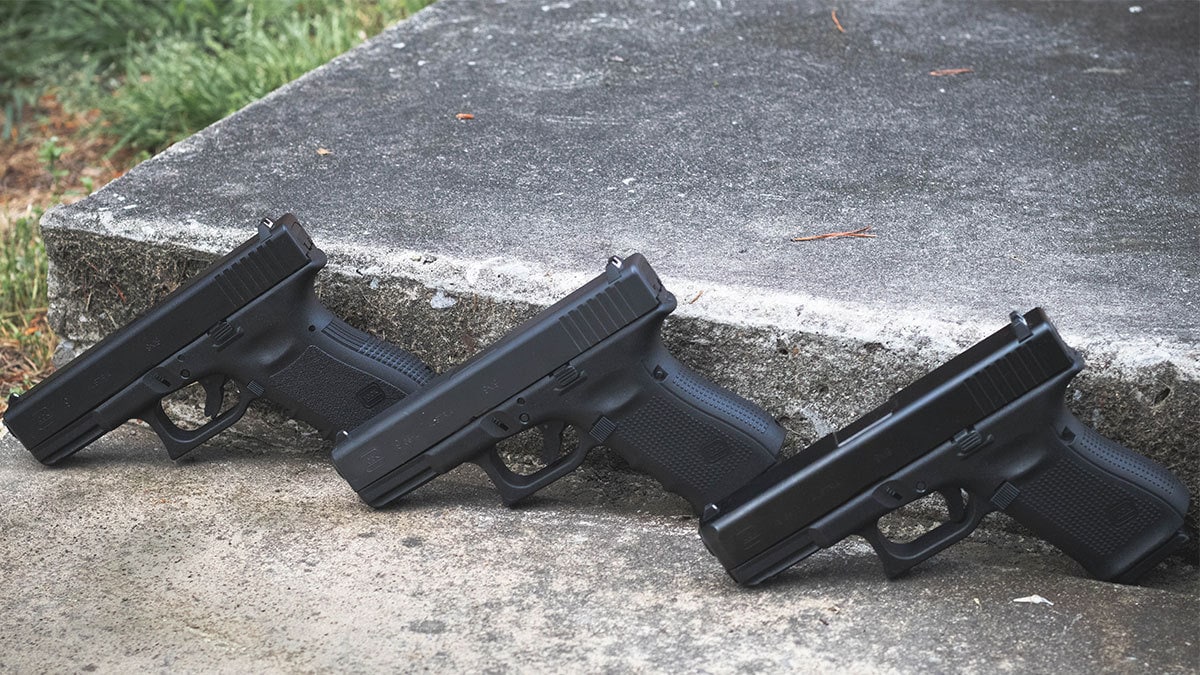 Today, polymer pistols are some of the most popular handguns carried in holsters across the nation. Lightweight with capacity options ranging from slim single stacks to double-digit double stack magazines, polymers have captivated concealed carriers due to their capacity, ease of use, modular designs and, most importantly, affordable price.

To be fair, perhaps the first production handgun that used lots of “plastic” was the Remington XP-100, a single-shot .221 Fireball-chambered bolt-action pistol based on a Model 40X short-action rifle but held in a DuPont Zytel stock with a funky one-piece grip and stubby 10-inch barrel.

Debuted in 1963, it appeared on the market about the same type as Big Green’s Nylon 66 rifle. Of course, the barreled receiver is the actual serialized “firearm” in this case, and you can slip it in any other stock you want, so the XP-100 cannot be said to be the first polymer-framed handgun. 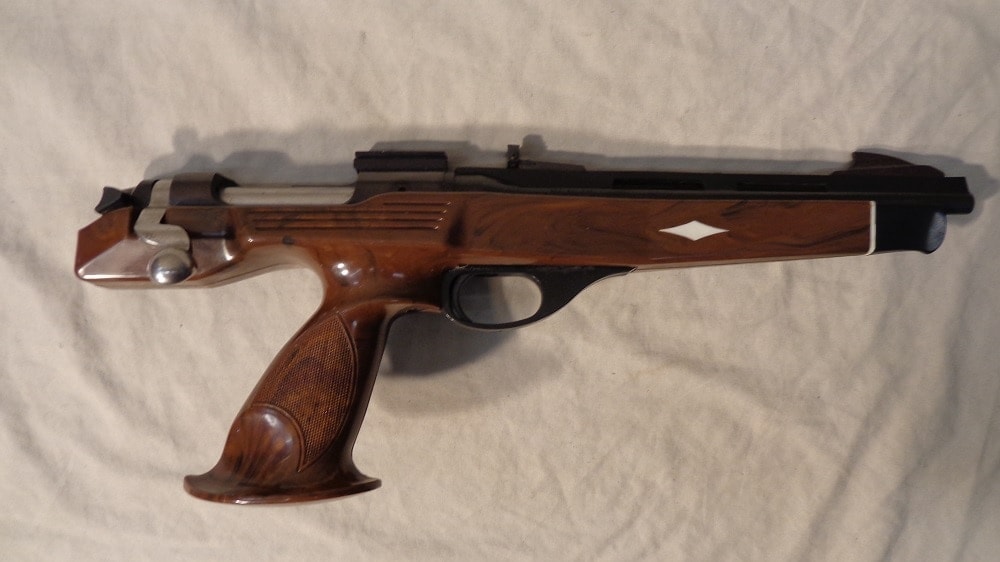 Drink in an original XP-100 .221 Fireball, with the original diamond-pattern inlayed nylon stock and dogleg bolt. This example, in the Guns.com Outlet, is looking for a home, no matter who you feel about plastics, and would make a great companion to a Nylon 66.

True polymer pistol history begins back in the disco era when bell bottoms and platforms were all the rage. More than a decade before Glock became almost synonymous with polymer pistols, Heckler & Koch had its finger on the pulse of plastic.

Launching the first production polymer handgun in 1970, HK’s VP70 — or Volkspistole — landed in the hands of Germans navigating the turbulent waters of the Cold War. With a striker-fired, straight blowback design, the VP70 came in a military version, the VP70M, or a civilian variant, VP70Z. Both offered a length measuring 8-inches and a 4.6-inch barrel.

Weighing 28.9-ounces, the OG polymer pistol packed 18-rounds of 9mm. The VP70 brought an impressive capacity to many used to the somewhat limited capacity of 1911s and revolvers. Even better, the military version brought select-fire into the equation with a 3-round burst option delivering a cyclic rate of 2,200 rounds per minute. Despite its notoriously long and heavy trigger, the VP70 marked the beginning of the plastic age — an era that would soon be met with its biggest name.

Ten years after the VP70 marked the introduction of serious polymer-framed pistols into the firearms industry, an Austrian engineer by the name of Gaston Glock launched a blocky semi-automatic, striker-fired handgun called the Glock 17.

Chambered in 9mm, the G17 measures 7.32-inches with a barrel length of 4.49-inches. With a pebble-finished frame and lightweight build, weighing 32.12-ounces, the Glock also offered a 17+1 round capacity at a time when many law enforcement were still sporting standard-issue wheelguns. 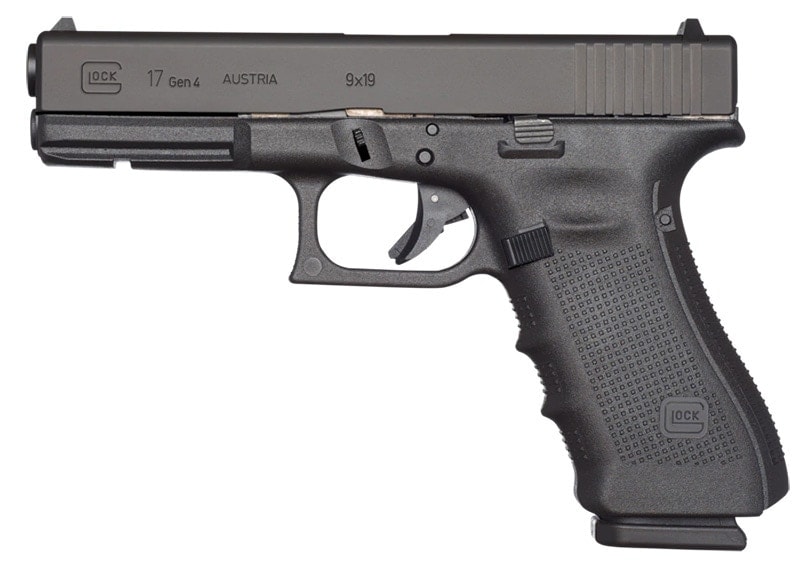 The Glock 17, its more modern Gen 4 pictured above, was the first polymer pistol to take off in the consumer market. (Photo: Guns.com)

Slowly introduced to the military and law enforcement market, it wasn’t long until Glock and his designs began capturing the attention of the concealed carry and open carry consumer markets. With an ever-expanding inventory of pistols in nearly every size — from the full-size Glock 17 to the midsize Glock 19 and even down to the Baby Glock, the Glock 26 — the company has maintained its familiar look while tweaking the design for new consumers.

Throughout the 1980s, 1990s, and 2000s, Glock dominated the polymer pistol industry and it wasn’t long before other manufacturers jumped onto the plastic fantastic train. From Ruger, who launched their first polymer build, the P95, in 1996 to Smith & Wesson’s Sigma– the latter instantly dubbed “the SWock” in the gun community– nearly every handgun manufacturer now offers a polymer option with gun makers continually tweaking the builds to offer more functionality and features. Glock, who pushed polymers into the mainstream nearly 40 years ago, went so far as to unveil a new model, the Glock 44 in 2019, complete with a hybrid polymer-steel slide. 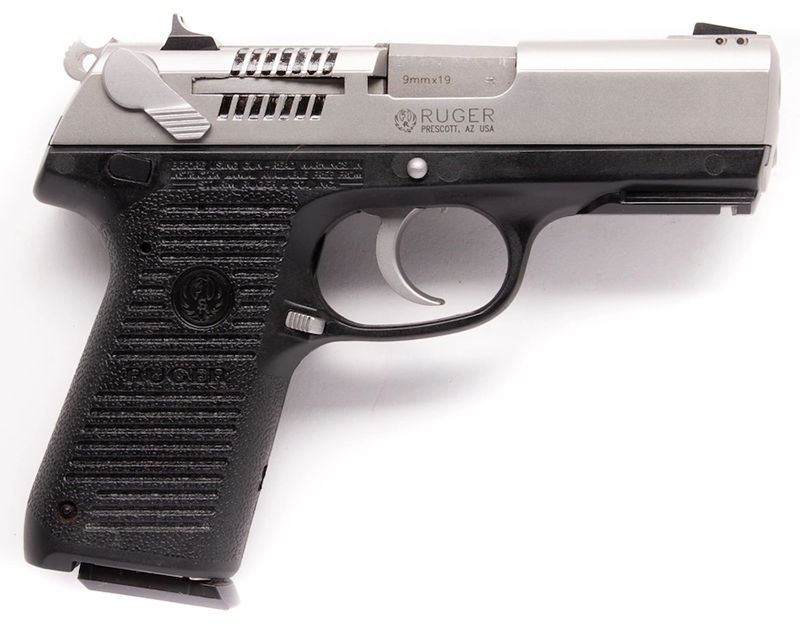 The P95 was the first polymer gun to be introduced by Ruger. (Photo: Guns.com)

Innovations in polymer pistols don’t show signs of stopping as consumers continue to look to brands for their plastic fix.

Thinking about upgrading to polymer? Check out Guns.com’s inventory of new and used pistols!