Large International Gun Trade Show on Hold Due to Coronavirus 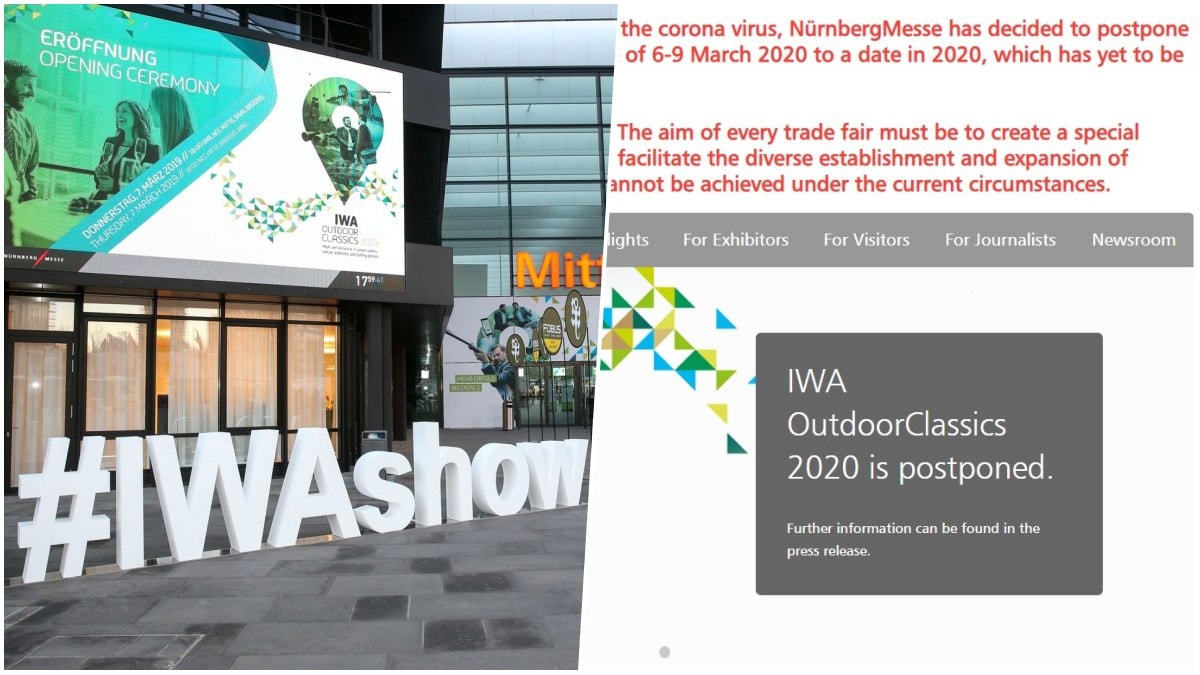 IWA 2020 expected 40,000 visitors next month but is now on hold for an unannounced future date later this year. (Photos: NürnbergMesse)

The upcoming Internationale Waffen Ausstellung (International Weapons Exhibition) OutdoorClassics show, held in Nürnberg, Germany, has been postponed due to caution over the spread of coronavirus.

The annual event, organized by NürnbergMesse, was set to take place March 6-9 but has been kicked down the road to a date sometime later this year which has yet to be determined.

“We hope you will understand the decision taken,” said NürnbergMesse in a statement this week. “The aim of every trade fair must be to create a special experience for exhibitors and visitors alike and to facilitate the diverse establishment and expansion of business relationships. Unfortunately, this goal cannot be achieved under the current circumstances.”

With 1,600 exhibitors from across the outdoor, shooting sports, hunting, and security industry, IWA expected more than 46,000 visitors from over 130 countries next month. The show was founded in 1974 and is the largest of its type in Europe.

IWA often sees new firearms from European gunmakers such as Beretta, Walther, and others debuted several months or even years before they are seen in the U.S., providing a sneak peek of sorts for what will show up on gun store shelves in America. With the German show on hold, those releases may be pushed back, or reformatted for release at other events.

When it comes to impacting the U.S. gun industry, numerous American companies attend IWA to market their wares for export to European and other overseas distributors, a potential fly in the ointment for manufacturers looking to push excess inventory or excite consumers across the Atlantic about new products.