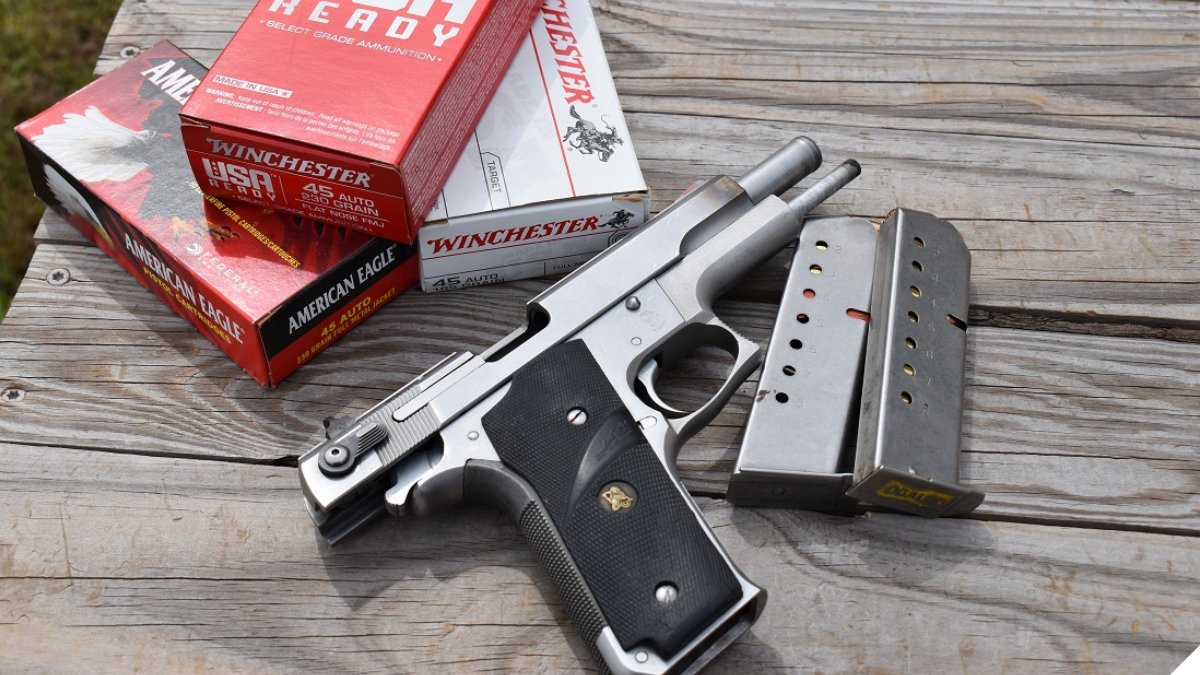 Virginia has tried to ration guns off and on since 1748, and the latest attempt, set to take effect in July, is the subject of a lawsuit. (Photo: Chris Eger/Guns.com)

A Northern Virginia woman, with the help of pro-gun groups, is taking the state government to court over a new law that limits handgun sales to one per month.

Valerie Trojan, a Goochland County grandmother, wants to purchase several identical handguns this summer– possibly as presents for family members– but would be prevented from doing so by a looming new law that rations such sales to one in a 30-day period. Although a local FFL, Brothers N Arms, wants to order such guns for Trojan, they are likewise prevented from selling them to her unless the transfers are staggered out over time, a prospect the licensed dealer says interferes with their lawful commerce.

Trojan and Brothers N Arms, therefore, joined with the Virginia Citizens Defense League and Gun Owners of America to take the state to court, filing a 33-page complaint this week in Goochland County Circuit Court naming the head of the Superintendent of the Virginia State Police as a defendant.

The legal action challenges the pending gun control measure on Second Amendment grounds, going so far as to point out that such previous laws have roots in racism, drawing a comparison to the Commonwealth’s 1748 slave codes which limited guns in the hands of freedmen to a singular firearm. More recently, Virginia installed a gun rationing scheme in 1993, which was scuttled by the state legislature in a repeal signed by Republican Gov. Bob McDonnell in 2012.

The new law, set to take effect on July 1, came in a raft of controversial legislation muscled through Richmond in partisan votes and signed by Virginia Gov. Ralph Northam, a Democrat who ran for office with the support of big-dollar anti-gun activist organizations.

“Gov. Northam wants a repeat of this failed law, which was previously repealed in 2012,” said Erich Pratt, Senior Vice President of GOA. “In the past eight years, Virginia was ranked as one of the safest states in the country. This shows that the radical push for gun control has nothing to do with reducing crime, but rather is about implementing a disarmament agenda.”

The complaint seeks to have the gun rationing law deemed unconstitutional when viewed through the lens of the U.S. and Virginia Constitutions, and state officials enjoined from enforcing it.

The challenge says the state is targeting the right to keep and bear arms in a way they could never get away with when it came to infringing other rights.

“It would be unfathomable if the General Assembly attempted to place limits on how many times per week a newspaper could be published, how many abortions a woman could receive in a decade, or how many times a court-appointed criminal defense lawyer could be appointed for an indigent defendant facing jailable offenses during a lifetime … to name but a few examples illustrative of this problem,” says the filing.

A hearing is set for June 25 on the case.