Independence Day for a Newly-American Canadian 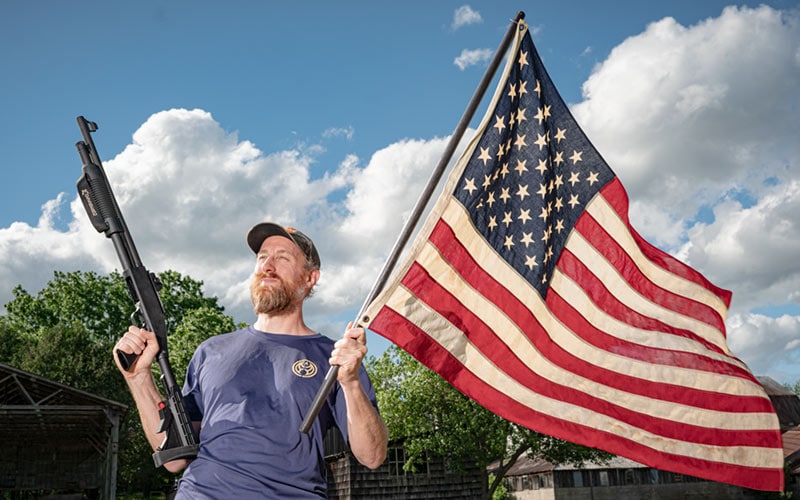 A Canadian by birth, this year’s Independence Day is different for me. I was recently granted a green card, meaning I can finally move to the United States.

Over the past years, I’ve spent a considerable amount of time in the U.S. and have found that Americans are some of the nicest folks I’ve met. The physical landscape and the country’s desire to innovate never fails to inspire me.

It is America’s value of Freedom with a capital “F” that excites me the most, though. There isn’t another country on earth where a bunch of like-minded people gather with a few hundred guns, tanks and cannons, and lots of ammo, to light up the hillside with tracers, fireworks, and explosives. God Bless America! I can’t wait to be a part of it!

Perhaps the most exciting part is that I’ll finally be able to buy all of the guns I want.

You see, I come from a wonderful country, but it is one that recently passed some of the strictest gun laws in its history. The anti-gun law was passed despite a petition that made history for obtaining the most signatures against it. The Liberal government simply took advantage of its executive powers and enacted the gun ban. 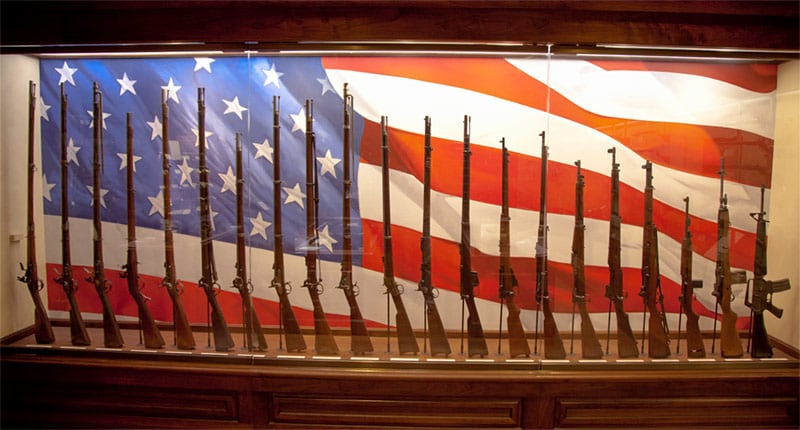 From walnut to polymer; the evolution of the American shoulder arm on display at the NRA National Sporting Arms Museum at Bass Pro Shops in Springfield, MO. (Photo: Ben Philippi/Guns.com)

As is often the case, the bans will likely have little effect on criminals. They will instead punish the millions of good, honest, law-abiding Canadian gun owners. We will be stripped of our personal property and denied a sport and hobby we thoroughly enjoyed. Those that work in the gun industry could very well be robbed of their livelihood.

I’m not an advocate of abandoning one’s own country for another with better laws. We must always stand up and fight; but the U.S. has one thing that Canada never had — the Second Amendment. Gun ownership is a right in the U.S., not a privilege, as it is in Canada. For this I say to my American friends, don’t ever undervalue the significance of the Bill of Rights.

Besides building my gun collection, I’m also excited to start competitive shooting. I’ve been fortunate to attend many USPSA events and even a few subgun shoots. As an active guy, this looks like a fantastic way to get some exercise, sharpen the skills, and engage the senses. Guns.com’s own Taylor Thorne’s contagious love of the sport has convinced me to purchase a competition pistol, rifle, and shotgun. 3-gun shooting is growing leaps and bounds.

So on this Independence Day, I’m looking towards the future and all the promises America holds. I am excited about many things and look forward to the coming months and I plan to share my gun-related experiences and adventures with you here on Guns.com.