Which Weapon Could be the Army's New Rifle & Light Machine Gun? 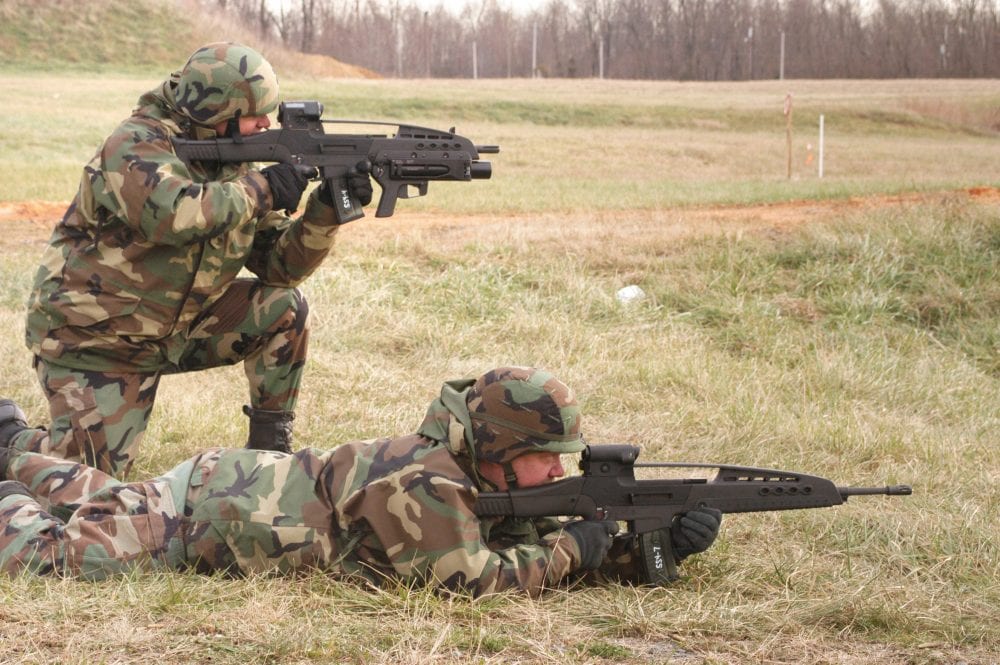 Despite past programs such as SPIW, ACR, and OCIW that left the U.S. Army still fielding successive generations of Eugene Stoner’s AR platform at the end of the day, today’s NGSW program could be different. The above shows the XM-8 prototype, an OCIW program hopeful, in 2004. (All Photos: U.S. Army Program Executive Office Soldier)

The U.S. Army’s new Next Generation Squad Weapon program is moving right along and its competitors read like a who’s who of modern rifle, ammo and optics makers. Names like Beretta, Heckler & Koch, Leupold, Sig Sauer, Vortex, and Olin-Winchester are enumerated among the current vendors of what could end up as the most revolutionary small arms award of the 21st Century thus far.

The NGSW search goes back to at least 2016 and heated up two years ago when the Army launched a program seeking companies to develop a suppressed light machine gun– deemed an automatic rifle– along with a companion suppressed rifle sharing a common 6.8mm cartridge. At the time, Chief of Staff of the Army Gen. Mark A. Milley said the new round would penetrate any existing body armor or body armor expected to exist over the next 25 years. 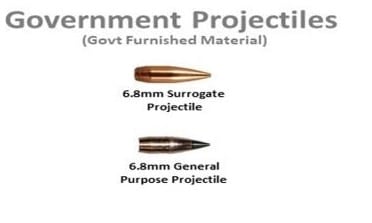 The 6.8mm common cartridge for the NGSW program uses an Army-developed bullet and competitors have forward-looking solutions to supply hybrid rounds that are lighter up to 20 percent lighter in weight than today’s, offering bi-metallic, telescoping and polymer-cased options.

The idea behind the 6.8 caliber is to step up the effective range and energy currently delivered by the Army’s current 5.56mm loads past 300 meters, and replace the M4 Carbine and M249 Squad Automatic Weapon in front line units with the new platform family. Likewise, the program would select a Fire Control optic system or the catchy NGSW-FC in Army-speak, that would be used on both the rifle and automatic rifle variant.

Last September, three competitors were greenlighted to supply rifle and automatic rifle platforms for initial testing. These included New Hampshire-based Sig Sauer, which has developed an in-house solution for each; Maryland-based AAI Corporation/Textron Systems; and Vermont-based General Dynamics-Ordnance & Tactical Systems. The limited buy was for a small batch of prototypes the Army would subject this year to a “diagnostic test to inform the weapon and ammunition vendors on their current performance and feed another design iteration.” 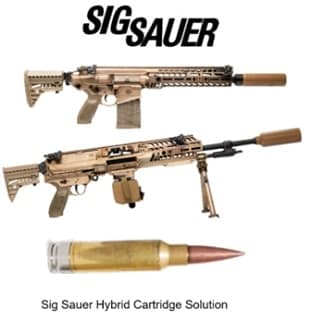 Sig Sauer’s belt-fed MG 6.8mm machine gun, which is submitted as the NGSW-AR, is billed as being 40 percent lighter than the M249 but with “dramatically reduced felt recoil.” It has ambidextrous AR-style ergonomics, quick detach magazines, increased M1913 rail space, and a quick-detach Sig-developed suppressor. Meanwhile, Sig’s MCX Spear rifle, submitted as the NGSW-R rifle, has a fully collapsible and folding stock, rear and side charging handle, free-floating reinforced M-LOK handguard, fully ambi controls, and a quick-detach suppressor. The cartridge is a bi-metallic hybrid. 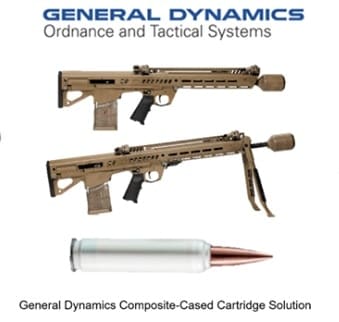 General Dynamics-OTS has been working with Maryland-based firearms icon Beretta, to produce their RM277 NGSW platform which uses True Velocity’s 6.8mm composite-cased cartridge. The only bullpup design in the program, it uses 20-round polymer mags. 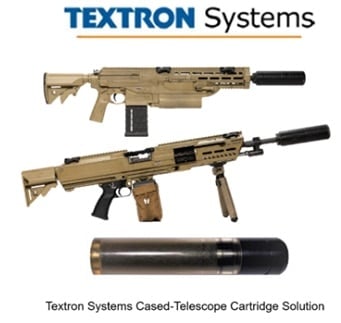 AAI/Textron has subcontracted with ammo maker Winchester-Olin and firearms maker Heckler & Koch, to design their own unique NGSW contender. Notably, it uses a telescoped-cased cartridge.

When it comes to the NGSW-FC, two competitors are being evaluated through an Other Transaction Authority (OTA) agreement, an award type traditionally used to fund innovative prototype procurement and development of forward-looking technology. The systems tapped are developed by a team on one side consisting of defense contractor L3Harris Technologies and optics-maker Leupold & Stevens versus a fire control unit submitted by Wisconsin-based Vortex Optics.

Vortex has made public its NSGW-FC is a 1-8x first focal plane optic with an integrated rangefinder and overlaid display while L3/Leupold has been quieter about the specifics of their submission.

While testing is currently being done at Fort Drum through August by the PEO’s Product Manager Next Generation Weapons, a second prototype test is set to begin 2QFY21. The Army hopes to field the first selected NGSW platforms to field units in FY2022, a potentially huge award in which the winner could stand to deliver 250,000 NGSWs and 150 million rounds of ammo plus options for further contracts.

Don’t count the M4 out just yet

Past ultra-modern small arms programs run by the Army such as SPIW, ACR, and OICW spanned decades and, while interesting, left the service with nothing more than updated AR platforms to fall back on, a standard the military has maintained since the 1960s. With that being said, it should be noted that, while the Army is developing the NGSW, they are also hedging their bets when it comes to M4s as numerous multiyear contracts are still current with established U.S.-based carbine makes such as Colt and FN. Additionally, Picatinny Arsenal is still conducting steady R&D on potential updates to the existing platform including patenting an innovative new helically fluted M4 heavy barrel, designed to better endure extended cyclical fires. Meanwhile, the Marines, who are also looking to the NGSW program while stocking up on their own new M27 IAR system, are refurbishing their legacy supplies of ACOG optics.