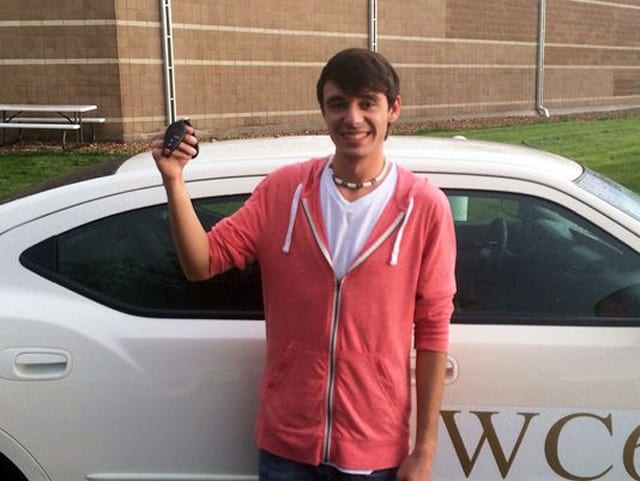 Tanner Brownlee’s father, Sam, was a Weld County, Colorado, deputy when he was killed in the line of duty during a shootout in 2010.

Sam’s patrol car, a Dodge Charger, went up for auction this week, and Tanner showed up at the auction, his own cash in hand, hoping to get the vehicle once driven daily by his father. And while the bidding started out low, it quickly surpassed the amount of money Tanner had. In fact, the car, which had a Kelley Blue Book value of around $12,500, sold for $60,000.

The car was purchased by rancher Steve Wells, but when he walked over to collect the keys, something unexpected happened.

“Tanner, here’s your car,” Wells said as he handed the keys over to Tanner.

The auction ended with an emotional hug between the two men and not a dry eye in the room.

Proceeds from the auction went to COPS, an organization which offers support to families of fallen officers.