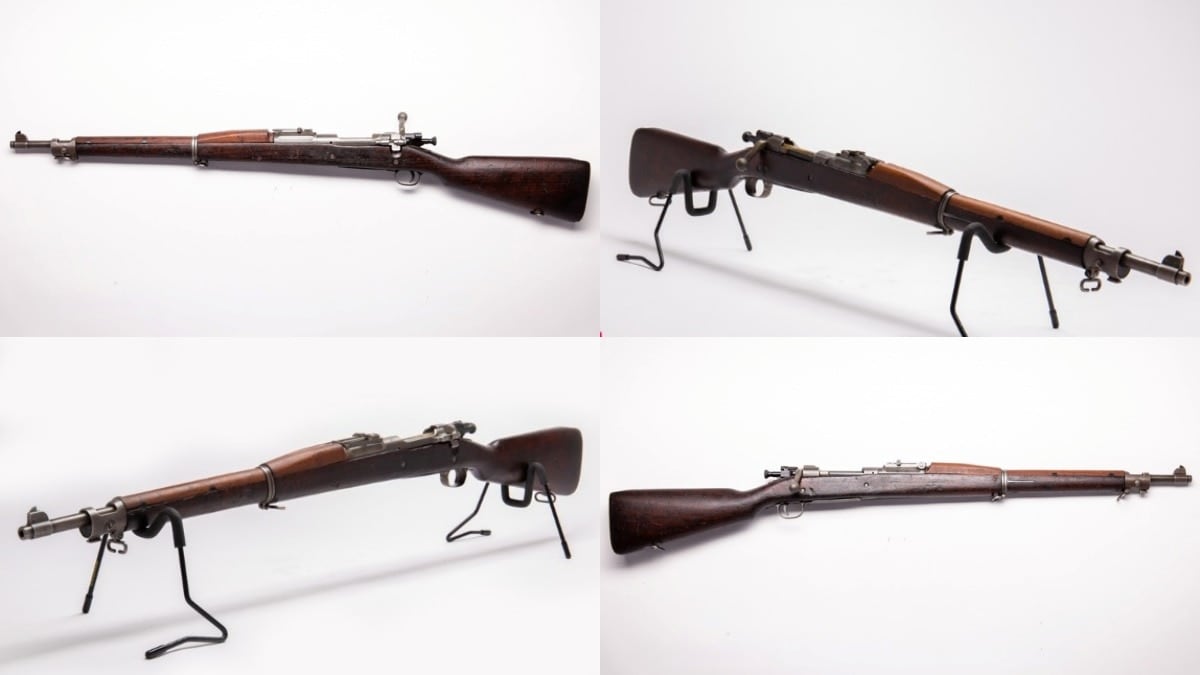 If you are looking for your own piece of history, this circa 1918 Springfield Model 1903 is in our vault currently and is looking for a forever home.

In honoring those who have sacrificed while serving in the United States Armed Forces, we look at perhaps the longest-serving firearm in the U.S. military, the M1903 rifle.

First prototyped in 1900, the Mauser-style bolt-action Springfield service rifle was intended to replace the only recently adopted .30-40 caliber Krag-Jørgensen series of rifles which were found to have been less than stellar in service when fighting the Spanish in Cuba in 1898.

Type classified and adopted in 1903, the guns initially had a series of teething problems in their early life — including the personal intervention by President Theodore Roosevelt into the design of the rifle’s bayonet — but were soon equipping both the Army and Navy. 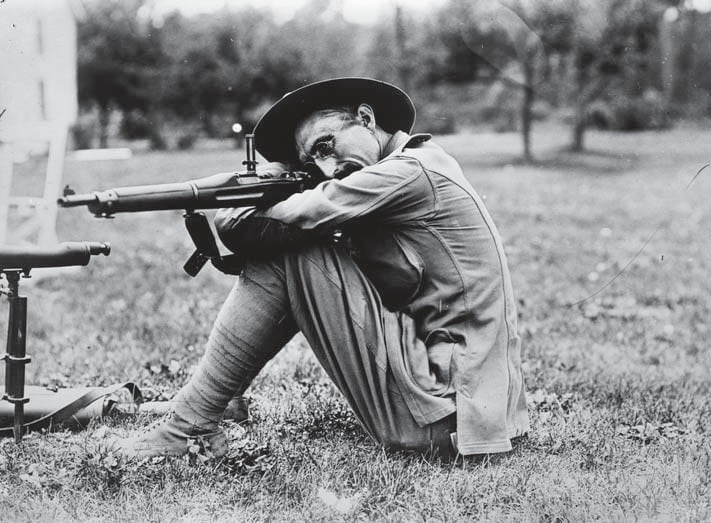 Noted for its accuracy, the M1903 was soon the standard rifle at the National Matches and is still seen at Camp Perry today. Here, Ohio National Guard Col. Charles B. Winder, a well-known marksman who in the 1908 Olympics won a gold medal in the team military rifle event, fires a Springfield. (Photo: Library of Congress) 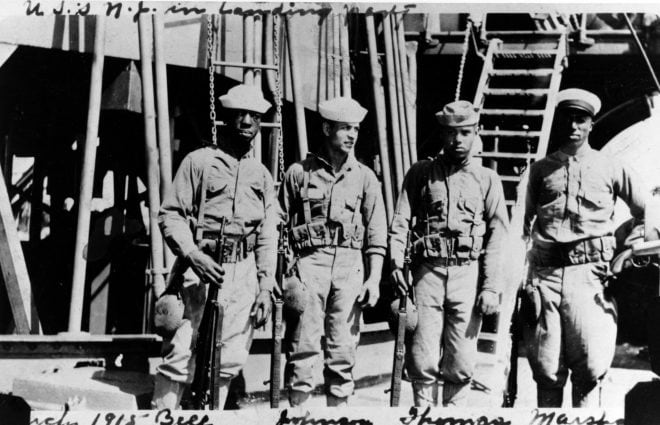 The “ought-three” saw some of its first combat service with the Navy and Marines ashore in Haiti, Central America, and Mexico as early as 1914. These armed sailors, from the battleship New Jersey in 1915, have the newly issued rifle. (U.S. Navy Photo)

Serving “Over There” in France during the Great War in 1917-18, the M1903 was augmented in service by the Remington, Winchester, and Eddystone Arsenal-produced M1917 Enfield, also chambered in .30-06. However, the Springfield was still considered the primary rifle of the U.S. Army until the semi-automatic M1 Garand was adopted in 1937.

When the U.S. entered World War II in 1941, although the M1 was officially “king” in the Army, the Marines still used the M1903 throughout the early campaigns in the Pacific including the defense of Wake Island and Guadalcanal. 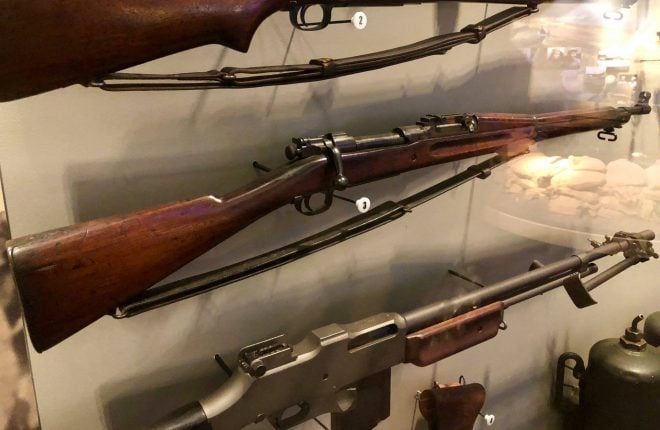 This M1903, currently in the collection of the U.S. Marine Corps Museum, was used by Marines defending the outnumbered outpost at Wake Island. The Japanese captured it when they took the island in December 1941 and reissued it. The Marine unit accepting the Japanese surrender at the end of the war recovered the weapon. (Photo: USMC Museum)

Further, a modified version of the rifle, the M1903A3, was produced by Remington Arms and Smith-Corona during WWII for issue to support units and as military aid to allies. In all, more than 3 million 1903s came off the assembly lines by 1945, ending the rifle’s 42-year production run. Specially equipped M1903A4 versions, complete with Weaver optics, were issued to snipers and remained in limited service until as late as the 1960s. 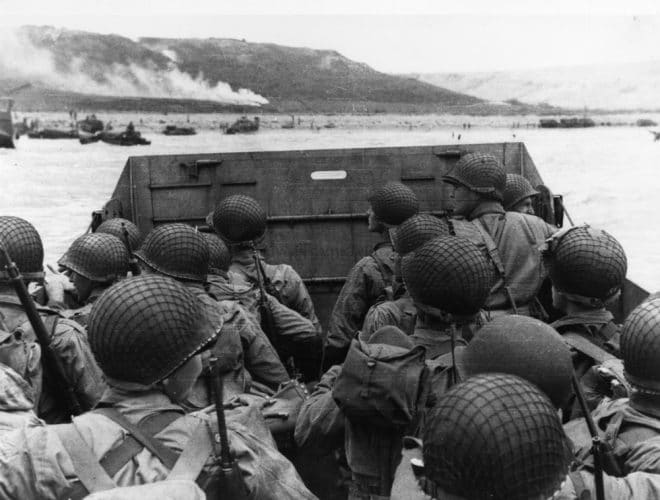 The M1903 was at D-Day, as witnessed by the gear carried by these U.S. Army troops in the Signal Corps photo from June 6, 1944. An M1903 is to the far left and stands out in the landing craft full of M1 Carbines. (Photo: U.S. National Archives)

Although the M14 had replaced the M1 Garand and was itself phased out in favor of the M16 in the 1960s, thousands of M1903 Springfields continued to serve in the armories of Navy and Coast Guard ships as well as for drill purposes throughout the military during the Vietnam and Cold War-eras.

Today, the M1903, out of production for more than 70 years, still pops up in the hands of those on color guard details, in base historical display museums to allow those serving today to better understand what past Soldiers and Marines carried into battle, and on Coast Guard vessels converted for use as line throwing guns. 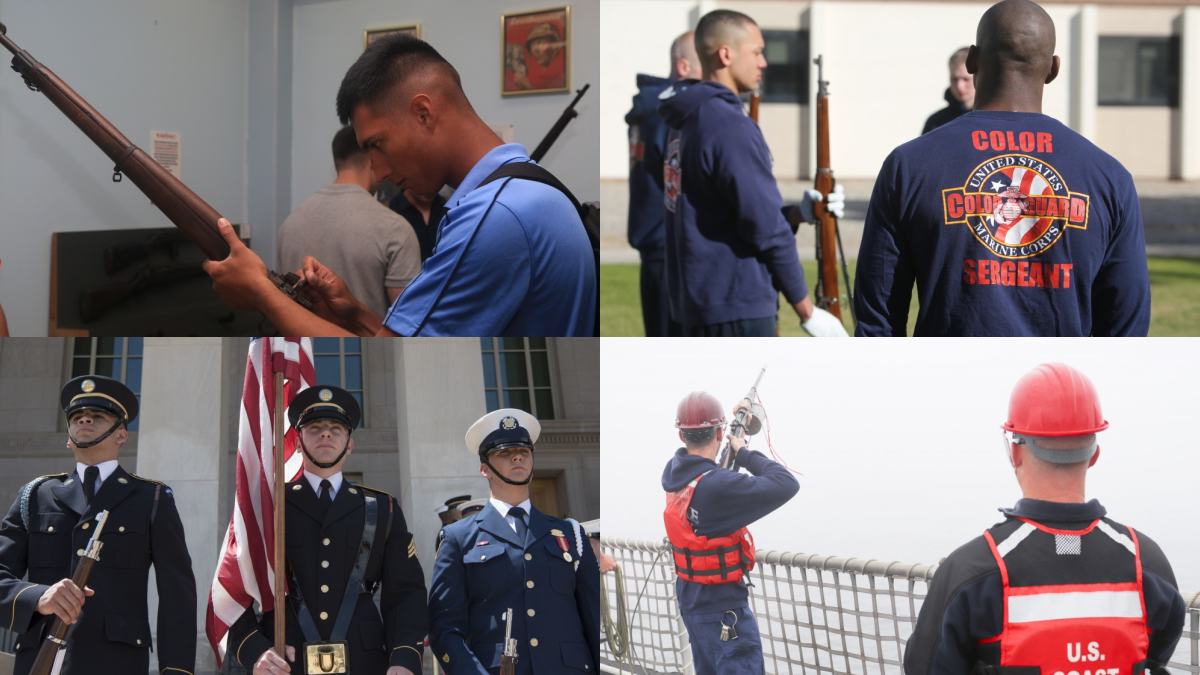 The M1903 continues to soldier on with the military in a variety of uses (Photos: U.S. Department of Defense) 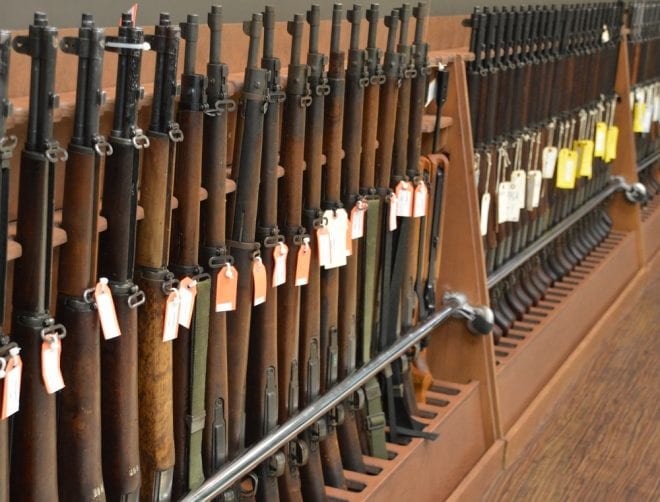 On a recent tour of the Civilian Marksmanship Program warehouse in Anniston, Alabama, the non-profit had just received several M1903 drill rifles from the Army, seen here sandwiched between M1s in their shop racks. (Photo: Chris Eger/Guns.com)

Odds are, the last American serviceman to hold an M1903 hasn’t been born yet.

Check the great selection of M1903 rifles and more inside the Guns.com collection and Certified Used Guns.